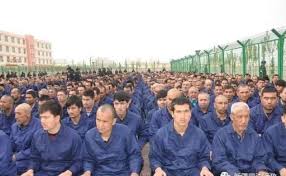 Ever since the production of 'Mulan' began in 2015, Disney's latest live-action remake was supposed to be an exciting dose of long-standing Disney nostalgia that fans were looking forward to during this challenging year. However, instead of evoking a sense of nostalgia, the movie took a turn for the worse receiving considerable negative international attention and criticism.

Early in September, viewers who streamed the movie on Disney+ were perplexed when the credits offered some disturbing information: Disney credited eight federal agencies in Xinjiang, a western province in China, where some 2 million Uighur Muslims have been coerced into detention camps by the Chinese Government.

It was a rather shocking discovery to find that parts of Mulan had been filmed in the Xinjiang province two years ago, long after the world knew about the Chinese communist party's plan to build 're-education' camps for the Uighur Muslims.

Though fans were eagerly awaiting its release, the film had already received substantial backlash after its leading actress last year backed Hong Kong's law enforcement over pro-democracy demonstrators, which contributed to the #BoycottMulan Social Media movement.

Now it is in the spotlight once again for being filmed in a location where detention camps are plenty and there is an ongoing cultural genocide.

What makes it worse is that the film credits expressly praise the security police office in Turpan, a city in eastern Xinjiang, with a significant Uighur population. This office is responsible for operating some of the concentration camps, say analysts, and was blacklisted last year, along with other Chinese law enforcement departments, by the U.S. Commerce Department, banning U.S. companies from exporting or providing goods to them.

The Xinjiang province is home to over 12 million Uighur Muslims.

And since 2016, it has been estimated that over 10% of Uighurs have been detained in 'concentration camps' or as the CCP likes to masquerade them 'training centers'.

Leaked documentation and testimonies from survivors indicate that prisoners are locked up, indoctrinated and punished — claims that are refuted by Chinese officials.

Those who have seen the film also say that it also encourages Han supremacism (or "Han chauvinism," as Mao Zedong, the Chinese Communist leader and founder of the People's Republic of China, labelled it), the notion that all areas of China — including the native Uighur and Kazakh territories, among others — should be controlled and governed by the ethnic Han Chinese, the dominant ethnic group in China.

Human rights activists strongly condemn the actions of Disney and have encouraged the social media movement #BoytcottMulan in response to their affiliation with the human right abuses.

This article will delve into the history of the Uighurs, the gradual yet systematic erosion of their rights, and the current realities of their existence.

Who are the Uighurs?

The Uighurs are predominantly Muslim Turkic ethnic groups who consider themselves culturally and ethnically similar to Central Asian nations. Most of them live in Xinjiang, where there are over 12 million people.

The economy of the region for centuries has revolved around agriculture and trade. Towns like Kashgar thrived with the development of the popular Silk Road Trading Route.

They have their language, known as Uighur, yet China is accused of pressuring those sent to camps in Xinjiang to learn Mandarin.

Why are the Uighurs being targeted?

To better understand the Uighurs' systematic oppression, why don't we take a trip back in time?

It was in 1949 that the People's Republic of China annexed Xinjiang. At this time, the Uyghur population made up about 76% of the region's population. Han Chinese – the country's predominant ethnic group – accounted for a mere 6.2%, with the remaining minority groups making up the rest.

Since then, Han migration to the region have watered down the ethnic ratio. Official figures show that the population is currently 42% Uyghur and 40% Han.

Since the annexation of Xinjiang in 1949, segments Xinjiang's Muslim communities and parts of the population have defied Beijing's rule. Many refuse to speak Mandarin, while some others have campaigned for independence.

Any dissatisfaction or criticism of the Chinese Communist Party (CCP) is regarded as going against the ideals of the party, and minority dissent is viewed as a threat to State stability. Such is the case even if voices advocate for improvements in health, education, and employment.

The CCP has always considered the Xinjiang and Muslim minorities like the Uyghurs to be "backward." During the Great Leap Forward (1958-1962) of the Communist Party, ethnicity and religion were described as both "obstacles to progress" and "backward customs."

The ensuing violence and brutality in the 1980s and 90s led to a massive exodus of Uighurs from China seeking asylum in foreign countries.

And since the late 20th century, most of the Uighurs' religious, cultural, and economic freedoms have been curtailed in the name of so-called 'progress' and 'growth.'

Erosion of their rights

Activists argue that over the years, central government policies have steadily decreased the religious, commercial, and cultural practices of the Uighurs as significant assimilation of Han Chinese in the Xinjiang province.

Since the late 20th Century, Xinjiang has become a region of an intense crackdown and State monitoring. With a strict network of surveillance and police checkpoints rampant, the Uighurs have little to no freedom and are monitored every step of their lives.

In a 2014 interview with the BBC, University students in Xinjiang said that they were forbidden to fast during the Holy month of Ramadan, and sources from the region claim that local government officials in Uighur are forbidden to fast or attend mosques.

In 2017, an order was issued by President Xi Jinping that "religions in China must be Chinese in orientation" and "adapt to the socialist culture." The Order led to a fresh crackdown on religious activities that primarily targeted the Uighurs.

The Chinese Government insists that steps are appropriate to curb separatist violence in the country. Still, it is accused of exaggerating the issue to justify the subjugation of the Uighurs in the region.

Forced Han Chinese assimilation, discriminatory and repressive practices, and a pattern of what the critics have called "repression-violence-repression" have led to Xinjiang's sporadic protests.

It has even led to acts of terrorism in certain extreme situations – such as the attack on the Kunming train station.

Off late, Beijing views the entire Uighur population as a terrorist group to justify its extensive surveillance and transformation of the region. There has also been a significant rise in Islamophobia in China.

If that wasn't enough, some Uighurs have been appointed by the State to spy on other Uighurs, detecting any suspicious or unconstitutional activities. Matters such as someone giving up smoking, refusing to drink alcohol, and refusing to watch Chinese broadcasts are considered dissent by the State.

Beijing says that detention centers across Xinjiang are for "training centers," but the U.S. Congressional hearings on the camps and related findings described them as "political re-education centers." Training includes regular indoctrination of the socialist ideology and efforts to suppress indigenous culture, language, and religion.

A recent interview by the 'BYLINE TIMES' of Dr. Erkin Sidick, a Uighur American, President of the Uighur Projects Foundation, and Senior Adviser to the World Uighur Congress:

He believes that the overall number of Uighur detainees in camps in China and those believed to be dead currently surpass the estimated number of Jews captured and killed during the Holocaust – an argument that perturbs past claims of China's 'demographic genocide' in Xinjiang.

Dr. Sidick claims that reports in the international press on Xinjiang's situation are two years behind the current realities.

"The Chinese Government has since moved towards carrying out the equivalent of a Final Solution on Uyghurs," added Sidick, referring to Nazi Germany's policy of Jewish extermination.

"Since the Coronavirus started, the Chinese Government has been experimenting vaccines on the entire Uyghur population," said Sidick to BYLINE TIMES. "Everywhere is locked down. There's a big residential complex in Urumqi. Many hundreds of people live there in tall buildings, and the Government took one person from each family – altogether about 165 people – and quarantined them in a remote hospital, with one person in each room, and examined them every day."

This is just a mere glimpse of the harsh reality in Xinjiang. There is so much more than we as an international community are unaware of.

If what Dr.Sidick says is accurate, then the international community is now faced with a genuine risk that China is on its way to killing millions of Uyghurs in Xinjiang. This figure will make it the biggest genocide of a religious or ethnic group since the Holocaust.

While the #BoycottMulan social media movement may have brought the focus back to Xinjiang, it has in no way dealt with the focal point of the issue.

While millions of Uighurs go missing and a million others live in a state of constant surveillance, the most crucial question that now remains is: How is the international community planning to deal with this major human rights issue?'