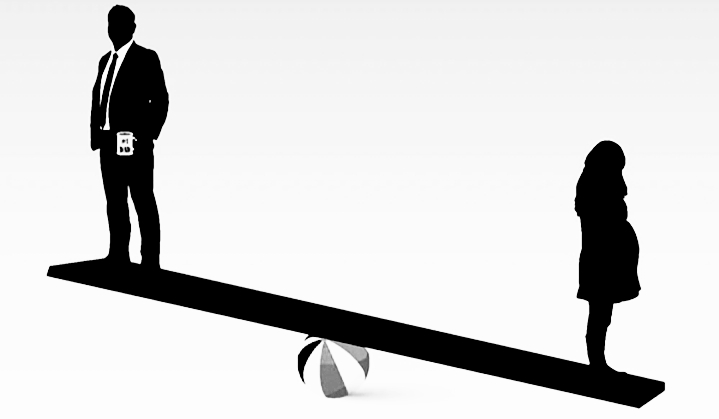 The social, economic, and sexual control of women as individuals has led to the generational surrendering of gender in society. Women across the world have called out the socio-cultural subjugation by stressing the need to fix the pay scale parity across various spheres.

A lot of such disparity has been significantly linked to heteronormative sexuality which legitimizes the only relationship of sexual interest and cohabitation between men and women and critiques any Homosexual relation and interest with displeasure and its categorization as an abnormality.

Activists and scholars have tried to shed some light on such societal norms and their roots of origin. Adrienne Rich, the famous American poet, and essayist and Sheila Jefferys, a former professor of Political Science at the University of Melbourne have articulated the need to create a space for women which encourages female-centric existence, it shouldn’t matter if a relationship is based on heterosexual or homosexual compatibility, one deserves the liberty to make decisions.

What scholarship in Women’s History tells us?

Under the dual guardianship of the second wave of feminism and a new social history, women’s history achieved international academic recognition, having political origin to the time when women demanded voting rights as equal citizens in a democracy.

Debates arose to understand what patriarchy is and how one cannot denote it solely to anatomical differences for an understanding based on physical bearings goes on to further strengthen the idea of gender being a sphere of anatomical representation only. Judith Bennett has effectively stated that the account of “a male oppressor and a female victim” has to be done away with and recognize that women were not just victims in the past but also survivors and supporters of it.

The discipline of the history of masculinities on the other hand has helped present a parallel lens to understand the nuances of gender and colonial obsession with labelling its colonies and their men as effeminate.

Literary expressions for a separate sphere

Literary works like “Sultana’s Dream” by Rokeya Sakhawat Hossain and “A Room of One’s Own” by Virginia Woolf give us an insight into the lives and the dreams contrary to their living condition which women admired. Rokeya paints her dream through her writing prowess about Sultana, the protagonist who dreamt of a Utopian world where women ruled the world and wars were never waged. A similar yet verbally unique attempt has been made in Virginia’s book which was an extension of her lectures about the need to own a room and recognise the skills women had without fearing anyone. But this was possible only when she is financially independent to own a room and sustain her livelihood.

Such literary pieces gained popularity with the onset of the feminist approach to attain equality.

The Duality of Domain: Public for Men and Private for Women

The 18th and 19th centuries marked the onset of the gendering of public and private spheres. Incarceration of women to the domestic sphere was an attempt to provide women with their personal spaces restricted to homely conditions only. Motherhood is one such important aspect of a woman’s life we come across as an example of separation of female areas of nurturing and playing the role of a caretaker. This very aspect gets critiqued with the argument that both the parents irrespective of their genders play equal roles as caretakers.

To understand why motherhood and its aura overshadows parenthood as a whole and eclipses fatherhood, we need to go back in time and reiterate what reproduction of life was considered in the past.

The bio- procreational aspect of conceiving a child and birthing it is paired along with the social roles of mothering through nurturing, breastfeeding, and raising a child. But when we look into the definitions of fathering, it is restricted to the role of impregnating a woman.

Mothering stands to be a social process when we take a look at our past. The nomadic early population didn’t rely just on the mother-child dyad as it was a community that parented the newborn. Evidence of the child mortality rate and its comparison to the population show, not all women were confined to eternal motherhood.

The interpretation of archaeological evidence reflects the wisdom of contemporary times and reconstruction of the same in the past. Therefore, deconstruction of social roles like that of a mother and a father is needed.

De-gendering a mother and a father

There is no denial of the fact that a woman gives birth to an infant but birthing and nurturing are two completely separate spheres. Harlow’s experiment of primates concludes that an atmosphere of the multi- attachment system is conducive in a social system like ours. Bowlby’s writings on attachments and laws in modern context have showcased and testified how fathers strike a similar bond with a child as a mother, creating a space for interchangeability of caregivers, crushing the idea of mothers being sole nurturers since the origin of time.

Consequently, the idea of householding cannot be synonymous with the existence of a woman, whose contribution to society stands varied from generating human resources to contributing to the development of a society.

Parenthood is a neutral term and shall not be dedicated totally to certain gender because the roles may be shared regardless of any anatomical difference. The idea of “Householding” not being an occupation has contributed to ingrain a perception that “Parenthood” stands confined to a domestic sphere. Which lead to conclusions like “Mothering” sufficing the essence of parenthood as a whole in our society. Therefore it needs immediate attention and correction because a father is more than the namesake of a child.