How to be job ready in a post-pandemic world 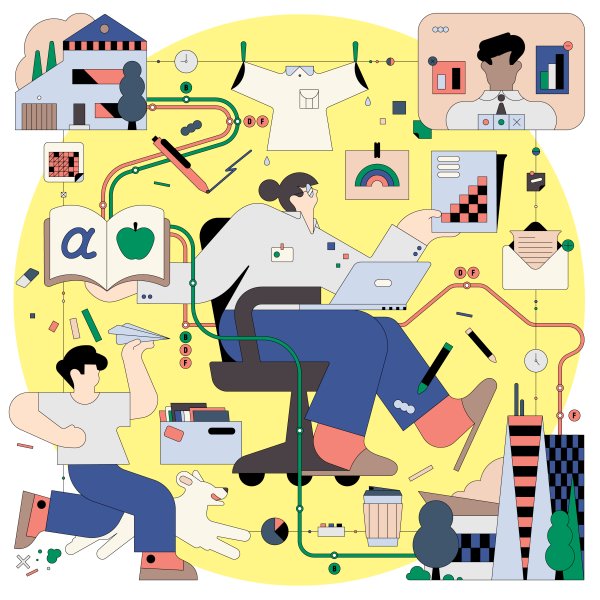 The world has been recuperating from an unprecedented pandemic that has ravaged nations, plummeted global economies and has left the masses in a never-before-seen financial crunch. The world which operated on a universal principle of ‘time is money' has been stagnant because of the coronavirus induced restrictions. Giant conglomerates with infinite resources have mobilized their blue-collar workers with a new phenomenon called ‘work from home' with at least 30% of salary deduction in its initial stages, whereas small enterprises or micro-projects had no other options but to lay down the majority of their employees or in some cases, have gone out of business, leaving millions of employees who often are the sole bread earners of their families to depend on doles provided by their governments. Although with the rollout of vaccines, a new dawn of hope is on the way but the pace of recovery is not uniform throughout the globe. In western countries such as The United States, more than 20 million job losses had been recorded in the first quarter of 2020.

Fast forward to 2021, it has been steadily adding jobs, resulting in the fall of the unemployment rate by an estimated 6.2%. This has been largely possible because of President Joe Biden’s much-debated $1.9 trillion bailout package aimed at middle-income families. The United Kingdom too has been opening up slowly but steadily for Britons as scientists at Oxford say the worst is behind them and the nation can expect normalcy by the end of July.

However, South Eastern countries like India which is still grappling in the endgame of its second wave has turned out to be the worst affected country in the world, with daily cases topping over 4,00,000 in mid May. The country which imposed one of the most stringent lockdowns during its first wave in April, also had one of the worst figures in job losses, far exceeding its western counterparts. With its current covid trajectory, the worst figures are yet to surface.

Dismally, caught in the middle of all this are students, who are in the terminal year of their collegiate courses, prepping up to be available in the job relay in a couple of years. These novices have been keeping a close track of all these developments while doom-scrolling through lockdowns on social media. Anxiety has been growing on them as well as their milieu turned upside-down with the introduction of some new occurrences like online classes and open book examinations. These experimental paradoxes have made the students perturbed, questioning their academic credentials and left them thinking that virtual educational degrees will impede their future avenues of bagging a job. Nevertheless, according to economic pundits at Harvard University and University of California, Berkeley, “aspirants might have to run from pillar to post for a job, but if a freshman makes unerring use of the flexible time they have during this pandemic, their resume will surely elevate to the top of the pile.”

Analysts around the world have gone on record to say that rest assured, true talent will not go wasted in a post-covid world, but for that, disciples will have to utilize this hour and amplify their skillset. So, for students and future job aspirants to be on the top of their game, here are some key points that can help you to louden your aptitude.

● Pick up a daily practice that’s related to your field of expertise: - Brushing up your knowledge and not losing touch with your zone of prowess is extremely crucial. Be ready to willingly invest at least two to three concrete hours of the day with the aim of proficiency. It can be anything of your choice, related to your field of expertise, for example, if you’re an aspiring engineer, then practice coding or if you’re a budding journalist, take up reading the newspaper every morning and jot down key words which are essential for the vocabulary of a newsman. In the post-covid economy, the contest is going to be sturdy, where time-out will be a distant dream.

● Learn technical and digital skills: - In a world, troubled by a mysterious pathogen, society wasted little time to bounce back in a mobilized manner. Managing gadgets spreadsheets, zoom calls, google meets, etc. have become the daily chores of a nine to five office goer. Many who lagged and lacked the command to master these tricks were left to taste the dust. Students from all backgrounds need to have a good grip over these automation techniques, which will also help you to stand among your peers and will also ensure that if another catastrophe occurs in the future, you will be prepared and organized to face it.

● Stay positive and optimistic: - We are at a time where negativity is hand-in-glove with despair and we’re surrounded by it. Millennials are disquiet about their upcoming existence and are gearing up for anything and everything. But we must not forget that the fundamental quality of faith can do wonders, only if our approach is positive and buoyant. We can stride through this and make enormous gains from the time we had at our disposal. Pandemics will not last forever but the traits you acquire through this time will, and we can only open ourselves to erudition if we stay positive.

Success will not occur overnight, it will happen only if we invest in getting a little better each day, until the day it all adds up. Similarly, in these desperate times, jitters must not get the best of us, because the jobs of tomorrow will make us adjust to new changes and may toss us under compulsion to ad-lib but we have to overcome those shortcomings and stand tall and remember that the night gets darkest before the dawn, but the daybreak is in progress.