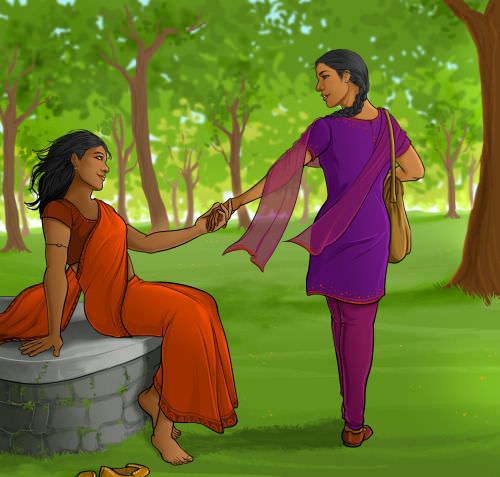 Life of Women in India

India is a highly populated country, so it’s not easy to generalize the whole country or whole womankind. But for a girl who is raised in India, I have a lot to say. This can be clarified by looking into movies, especially Bollywood movies. Most movies portray beautiful families, including kids, songs, extravaganzas, love, etc. There was a time when the same theme was represented in many films, and anyone who grew up watching those movies wished for the same life for themselves. But then there is a reality where there are no slow motions, rose petals, or group dancers to praise the love.

Women in films played an important role called the ‘male gaze.’ Even though they do not have any relevance in the whole story, they will be in the scene with heavy make-up and dress. This was not just about Bollywood films, but all. There was a time when item numbers were an essential ingredient for the victory. Now the film industry has changed a lot. But the idea that many of the films and serials that have been made in society have not yet changed. ‘‘Indian parents’’ are air quoting jokes even in other countries.

It is a fact that the films are made up of fictional stories or real stories presented creatively, and it has a large audience. Women were most often portrayed as the epitome of love, patience, obedience, and kindness; moreover, one who will worship the abuser. Those girls who will not talk in front of elders are modest. According to their relatives, that is not being modest but suppressing her freedom of speech.

In traditional Indian society, women were perceived as inferior to men. Their role was limited within the house, precisely in the kitchen, and they were known as a stay-at-home spouse. Still, the tradition continues from generation to generation. The only hope is that the upcoming generation recognizes their value, and they are not allowing anyone to limit themselves at any level of society. They are conquering the world. Amidst all these success stories, the Indian mother recommends that her daughter do everything for her husband and obey him. She does not tell her to consider him as her partner. They teach them how to be a naïve and good stay-at-home spouse. Some typical husbands will allow their wives to study and work, but they must look at the house as their mother does. If they have kids, the whole responsibility lies with the mother, the father is only meant to work and rest.

I lived in India for 23 years, and I lived in a state where women are still considered as a house maker. Even if they are well-educated and working, they must look after the house and children. At the same time, the ‘‘man” enjoys every privilege that the society considers him to have-Keerthi M.K, University of Hertfordshire.

India only has a 1% divorce rate; it does not show that all marriages are happy ones. This indicates that those who want to separate from their partner hold themselves to their parents or kids, which might lead to suicide.

According to the NCRB (National Crime Records Bureau) report, Accidental Deaths and Suicides in India, marital problems have driven about 37,591 people to suicide between 2016 and 2020 — an average of about 20 people daily.

This is the condition of a developing country. This is a reason for the migration of people from India to other countries where they can live without getting judged.

Humans were considered only as people once. We always feared accepting the changes in stereotypes, and being something other than the ‘‘normal’’ was always regarded as wrong. LGBTQ stays a far-fetched idea for most of the population in the universe.

India, which is still developing day by day, is a country which has most people who are not ready to develop themselves. Even the word feminism and feminist ideologies are not accepted by society. The hard truth is that the opposition includes women also. Those who suffered inequality and suppression in their whole life are not yet ready to instil the changes. They are moulding themselves to shape their children, especially women.

Pathanamthitta is a district in Kerala state, and there is a place called Adoor, where we can see women with heavy make-up and bangles during the night on the sides of the road.

When I was a kid, my parents closed my eyes to them. I did ask a lot about them, but no one answered me. Years passed by, but still, I could see new people in the exact location, and the parents were still hiding their children from them -Helen David, a student from Mahatma Gandhi University, Kerala.

The fact is, they are transgender, and they are not offered a job. They do not want to do this job, but they are helpless because they are not recognized in the sunlight. The irony is that they are most needed during the night. They are also human beings, but the so-called human beings cannot accept them.

Some changes are happening in the same state, which gives us hope that someday everything will change. Sruthi Sithara, an Indian model, is the first transgender person was the first woman in India to win the title of Miss trans-global in 2021. She recently declared her relationship with a trans woman Daya Gayathri, and they are the first Transgender lesbian couple in the state of Kerala. After revealing their relationship, they shared that the trans community even bullied them.

The queer community consists of those people who have already suffered trauma in their whole lifetime, who their loved ones disowned are the true warriors. Transgender students face a lot of humiliation, and they are suspended or even punished due to their gender identity. Now universities are offering a special quota to transgender students.

The mentality of people toward ‘‘women’’ must be changed. Sex education must be made mandatory in schools to make the new generation aware of other fellow beings. There could be a time in future when we can include everyone under the same term ‘‘Human Beings.’’