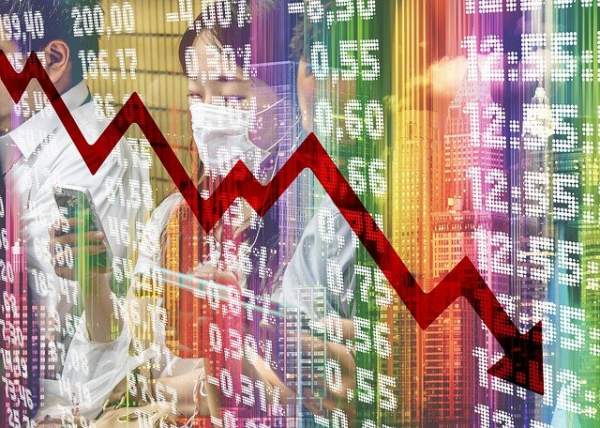 Indian Economy was on a decline even before the Covid-19 pandemic hit the world. Unemployment rates were very high. The economy was still reeling under the effects of demonetization and a hastily implemented Goods and Services Tax (GST). On March 24th, 2020 Prime Minister Modi declared a nationwide lockdown at just four hour’s notice. According to the Oxford Stringency Index, an index that calculates the stringency of Covid-19 related lockdowns, India had one of the strictest lockdowns in the world. This lockdown was a precautionary measure against covid. The question was to balance life and livelihood. However, a year and a half later it is safe to say the lockdown has not done a very good job of ensuring either.

The first wave of the pandemic was mostly urban in nature. With factories, shops, malls, restaurants, and transportation coming to a grinding halt; it was the manufacturing sector that took the largest blow. On the health front, however, India did much better compared to countries like The US and some European countries like Spain or Italy. There were no reports of hospitals being overwhelmed like they were in these countries. The overall contraction in the GDP of India in the year 2020 was 7.3%. While manufacturing and services sectors contracted, agriculture grew by 3.4%. It is the internal migrant workers of India who were the worst sufferers of the lockdown. Since all trains and buses stopped plying due to the lockdown, there were reports of migrant labourers traveling hundreds of kilometers by foot. Their belongings were packed into small bags and with little children in their arms, they walked to their home village fearing starvation in the cities where they worked. Neither the state nor the central government had a registry of internal migrant workers and no aid reached them.

India’s small businesses were the other victims of the ill-planned lockdown. A nationwide shutdown meant that many businesses went bankrupt especially the ones in industries like tourism, catering, restaurants, and salons.

Once, normal activities started resuming employment did pick up pace around June 2020, but there was an increase in employment in the informal sector. According to a report published by Azim Premji University called the State of Working India2, salaried employees shifted to self-employment or daily wage work. The report also mentions the burden was mainly borne by women and younger people who could not find work even by the end of 2020.

The report further states that in April and May 2020 the bottom 20% of the households had earned no income. This implied that around 15% of the rural population and 20% of the urban population slipped into poverty last year itself. It must be noted here that due to the pandemic, the trend of decreasing global inequality for the past three decades has been reversed.

To deal with this fall in income households decreased their food consumption and also had to borrow, a telephonic survey by the Azim Premji University found.

One would expect that the various governments of the country would use the time they bought by implementing such a strict and extensive lockdown to prepare for the second wave. The capacity of hospitals, manufacturing of Personal Protective Kits (PPEs), medicines---- everything would be ramped up. The govt. would invest in the research and development of vaccines. However, when the second wave of the Covid-19 Pandemic hit India; the country was caught off-guard. The hospitals were overwhelmed and there was a massive shortage of oxygen. In the second wave, the crisis started in the cities but soon spread to the rural areas. The response of the government however was more decentralised this time. Restriction decisions were made by the states depending on the situation in the particular state or district. The agricultural sector was hit way worse this time compared to the first wave.

The government had come up with schemes such as free rations distributed through the Public Distribution System (PDS), cash transfer schemes. The Mahatma Gandhi National Rural Employment Generation (MNREGA) Scheme played an important role in sustaining the rural population. While these measures did help, they were not enough. The migrant workers who travelled to a different state/city for work often did not get these benefits as they neither had ration cards nor Jan Dhan Accounts.

India’s road to economic recovery will not be easy. At the beginning of the year 2021, S&P Global Ratings had predicted India’s GDP growth for the next fiscal year to be 11% but has since downgraded it to 9.8%. Over the past year, corporate India has learned to work online and do business remotely. This has worked out well in their favour by reducing overheads and giving them a contingency plan. It is, however, the poorer population that will take years to return to the pre-pandemic level.

According to an Oxfam report released recently, the wealth of Indian billionaires increased by 35% in contrast 24% of Indians were earning less than INR 3000 per month. The financial inequality also implies a significant portion of the population does not have access to basic healthcare and education. It also means gender inequality.

According to a former governor of the Reserve Bank of India (RBI), D. Subbarao, India is more likely to see a ‘K’ shaped recovery rather than a ‘V’ shaped one. A ‘K’ shaped recovery implies that while the wealthier sections of the country will see a growth in their income, the poorer section is unlikely to see the same. There will be rising inequality. The government must immediately intervene so that the benefits of the recovery can reach those who need it the most. If that means increasing tax rates or increasing government expenses, such steps should be taken. This is not only in the interest of those who are suffering but also in the interest of the economy as a whole. If a significant portion of the population doesn’t spend on basic consumer goods, its effects will be felt throughout the economy and that should be prevented at all costs.