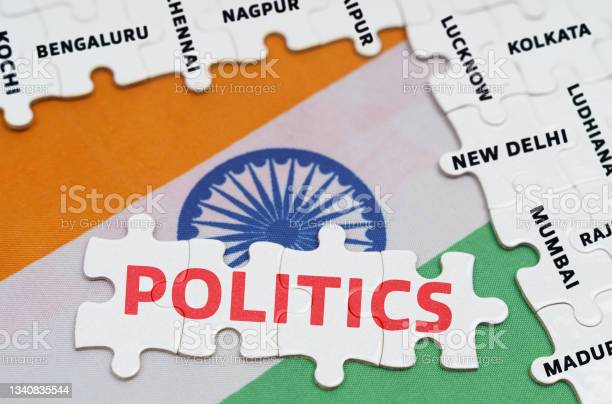 India is famous as the largest and most populous democracy in the world. This democratic nation was born under such circumstances that no country had ever seen. Freedom cost India a partition whose sole basis was religious issues. Pakistan became a Muslim country and India was a Hindu dominant but secular nation. India became secular in 1976, under the 42nd amendment but vote bank politics held firm grounds even before that. Some pseudo-secularists are even portraying this notion with pre-independence conflicts to incite violence. This topic has its sensitivity.

M.N. Srinivas used ‘Vote-Bank Politics’ for the first time in his research paper in 1955. According to him, it is the practice of creating and maintaining vote banks through estranging policies. This challenges the better judgment of individuals against self-interest. Srinivas used this term to emphasize the political influence of a patron. In the modern world, the vote bank also means voting on the basis of class, sect, religion, and language, etc.

Elections play a major in policymaking but the key issue in Indian elections is that whether voters vote as blocks or as individuals. Almost every political party has its vote bank which is responsible to make them powerful. This makes the notion of ‘Vote-Bank Politics’ crucial. We see a particular aspect of politics while describing this notion. Political appeasement is one of the ways to attract voters. During election campaigning, voter appeasement is inevitable. For example:

● The present ruling government is a believer of ‘Hindutva Ideology”. This has resulted in a trust deficit between the government and minority communities.

● Though the voter base of the party has a significant rise, the share of Muslim voters remains constant.

● One of the key social groups is still under-presented.

● INC often faces accusations of using minority communities as commodities and exploiting their sentiments. The major reason is to expand their vote bank.

● They make their voter’s base strong in the name of secularism.

● Some allegations are as serious as putting nationalism at risk for the sake of political appeasement.

Sometimes political parties with the same ideologies stand opposite to each other. This divides the number of votes among them. Communist Party of India Marxist (CPIM) and Trinamool Congress (TMC) in Bengal have almost the same ideologies.

The other reason one might come across in multiethnic countries like India is Victim Mentality in a political setting. This is a condition where one might recognize herself/himself as a victim of other people’s actions. In a political setting, a group of people might feel suppressed by the majority. 2 conditions brew this victim mentality:

●    Concept of majoritarianism: Some people think that the majority community might hamper their identity as an ethnic group.

●    Historical foreign sieges and invasion: Another group of people believes that this withered their culture and community identity.

Different sets of citizens might feel threatened and victimized and end up supporting politicians to achieve their political justice. Indian political parties use this victimhood to augment their vote bank and not to find a peaceful solution.

Many Indian political parties use this idea of victimhood to gather votes. Political psychologists refer to this as the psychological aspect of collective victim mentality. One of the biggest examples is - Dalit victimhood. Dalits showcase the passive acceptance of this firm caste hereditary. Bahujan Samaj Party is a way to gather the Dalit vote bank. Their victimhood is turned into political power through manipulation.

The question of women as a social group or just as a vote bank remains ambiguous. Misogynist mindset is also apparent in the Indian political settings. Many leaders make promises to uplift the social condition of females yet so little is done to date. Almost every state has its own Ministry of Women but the budget is so minimal. Politicians make promises which remain unfulfilled. Though the conditions are improving as women leaders are starting to negotiate for their betterment. One example of a woman vote bank is the victory of Nitish Kumar in Bihar. His plans had Cycle Yojana and Kanya Vikas scheme.

Vote banks politics is the root cause of all the other evils in Indian politics and governance. It incites regional and casteist prejudices among the masses. Babri Masjid demolition and Gujarat riots are some of the results of vote-bank politics. It also impedes societal development. But every coin has two sides, there are some favorable aspects as well of this notion.

● This boosts the bargaining power of people concerning those in power.

● The chances of fulfilling demands are much higher because parties recognize sets of people as vote banks.

● The pressure of the vote bank will keep ruling parties in check.

● It also ensures that every section of society has its own space and representation. This makes the governance more inclusive.

Vote bank is not always dirty, especially if we are talking about a diversified nation-state like India. A community might come together to recognize its collective strength. For voters, it is a way to fulfill their demands. Vote banks are usually undesirable in electoral politics but the perception of ‘Vote bank’ is not an insult to anyone. It does not always lower your identity but will strengthen the democracy as people will dominate the parties. Criticism kicks in when this results in manipulating the voters or polarizing the society to win elections.

Politics is a very corrupt profession and vote bank politics is just one aspect of this. Falsification of votes is also a major issue. It is the duty of political parties, social media houses, and politicians to bridge the gaps between various sects of society. It is within the rights of a political party to appease people or a particular group. Moreover, even the voters should make themselves aware of the agendas of leaders and individual rights. Voters must not sway away by the hollow promises. They must use and control this mobilization of votes. Voters should not allow political appeasement and victim mentality to govern the elections, governance, and politics of India.

7 months, 2 weeks ago by vamritha

Politics Within Party In Karnataka