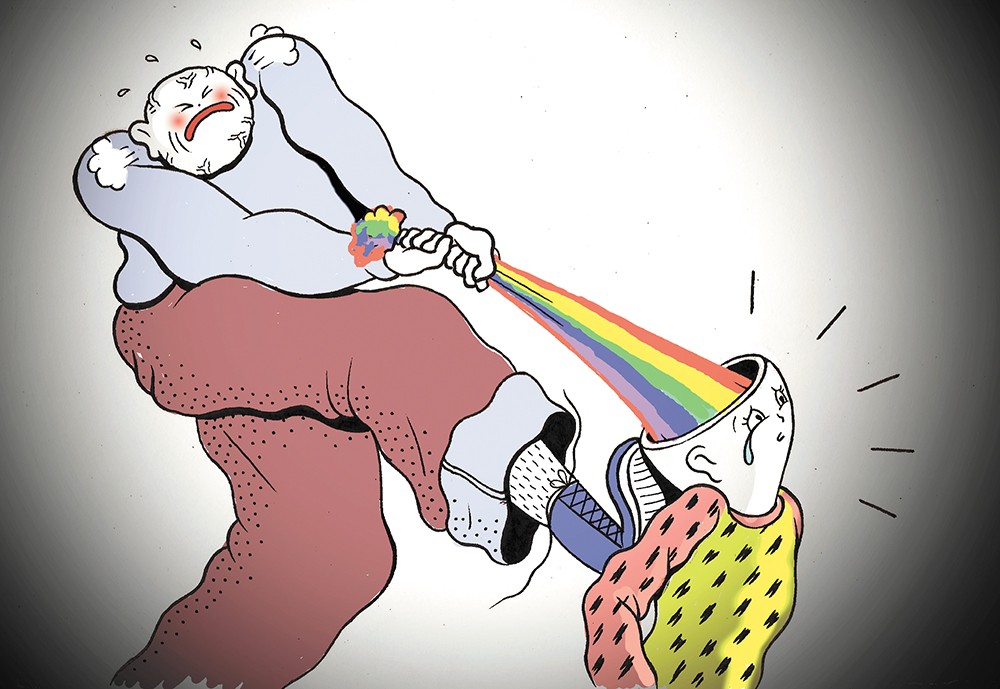 “A lot of parents will do anything for their kids except let them be themselves.”

India is stunned and outraged. In India, many youths commit suicide after being forced to undergo conversion therapy after coming out to their parents as a part of the LGBTQIA+ Community. Many people on social media wondered why these unlawful and regressive "therapies" continue to be practised. In India, it is precisely the question to avoid.

This is not the first time a young, unique Indian has been pushed to "un-become" who they are by "concerned" parents, and it certainly won't have an end to it soon. Despite the Supreme Court's decriminalization of consensual gay intercourse under Section 377 in 2018 and the Indian Psychiatric Society's declaration that homosexuality is not a mental disease, these views have not left most Indian households.

Every day, the terrible story serves as a reminder that this is not an unusual occurrence. It persists, even though India's cities are progressively coming to grips with a variety of sexualities.

After coming out to her parents as bisexual, a 21-year-old student was reported dead in Goa after reportedly being put into conversion therapy for months. In Tamil Nadu, a lesbian pair committed themselves when one of the woman's family members learned of their connection and attempted to push her into an arranged marriage. Just 12 days after the Union Cabinet enacted the Transgender (Protection of Rights) Bill in 2019, a transgender lady was beaten up by a crowd in West Bengal, resulting in her death. Only two weeks ago, gruesome witch-hunting episodes, were recorded in Bihar.

While anger at such instances is understandable and reasonable, we should cease being surprised by the reality of the situation. Just because regulation in the Constitution has changed does not entail that mentalities have changed as well. It is not a switch that can be turned on or off to make India progressive and understanding overnight.

Yoga, according to Baba Ramdev, can "cure" homosexuality. Doctors and psychiatrists are still attempting to “cure” queerness. Shock therapy (electroconvulsive therapy), psychiatric medications, and even surgery are still used in India that has stunned us. Not to mention the 'babas’, ‘ashrams’, and cosmic healers who claim to be able to turn your child back into a "heterosexual" child. And if nothing works, get them married off. Because that is the Indian approach to everything – regardless of whether you are affluent or poor.

It is hard to say if it is ignorance or nihilism that we believe a simple constitutional amendment would modify long-held beliefs.

A regional Tamil news channel indirectly supported conversion therapy after the lesbian couple committed suicide. It displayed the following message: "Homosexuality is a medical enigma." According to psychologists, “those in a familial setting who enter into this habit can be saved/brought back from it.” The English elite media may preach about an equal world for days and celebrate Pride Month, but the celebration will be in vain since regional channels, which have more clout, are still catching up.

Homosexuality, bisexuality, or any other kind of sexuality is not a “phase” for teenagers. It can't be "cured," just like heterosexuality can't be "cured." It is not "abnormal," — and we are not the only creature with many sexualities.

“Having a gay child doesn’t mean that you failed as a parent. Disowning them means that you did fail as a parent.”

Our fury should be channelled towards a new cause. The effort to have dialogues about moving towards a more informed culture, rather than shock and disgust that these instances still happen. Even if we don't identify as queer, we need to have these discussions in our families. We, the privileged society, must promote sexuality discussions, even if it makes our followers "uncomfortable." Above all, we must participate. Aid organizations and groups that assist LGBTQIA+ Indians. It makes little difference to the ground realities, they might get shocked, but they will move on.

Homophobia, transphobia, biphobia, and phobias against even the slightest deviation from "normalcy" are not going away overnight. They are the result of centuries of stigmatization. Was there was sufficient information that demonstrations and forceful opposition resulted in legal action when the law prevented someone from hating?

To go forward, we must let go of our naivety and embrace reality. It will be a long road ahead, but it is not insurmountable. It is not a war that should be waged with rage and shock (no matter how valid such feelings are), but one to be waged by first accepting who we are.

"Being gay is natural. Hating it is a lifestyle choice." - John Fugelsang

A Parent’s Guide to Support Their Queer Child

The Fight against LGBT adoption rights!