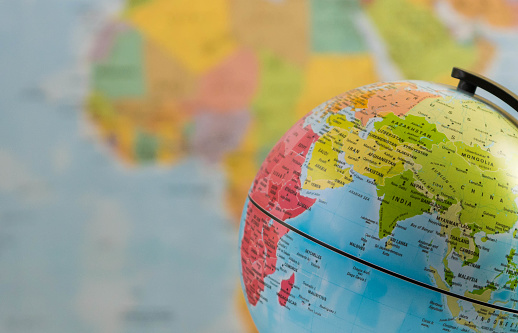 The world order was an aftermath of World World II with the sudden collapse of the Soviet Union. This order was western-oriented and became rigid when it was composed. The era since then is known as the ‘US Hegemony.' There were political and economic institutions in the old order. This functioning is undergoing a sea change, and a multimarket system is surfacing. This transition is paving the path for new players to rise. Changes offer various ways for India to participate in the growth of the new institutions that are more pertinent to the emerging geopolitical equations.

62% of the Indian population consists of the age group 15-59 years old. According to various surveys, this percentage will rise to 3% around 2036. It indicates the adequate availability of demographic dividends in India. Demographic dividend refers to the potential economic growth which will change the population structure. Here the share of the working population is larger than the dependent population. The lower fertility rate and a rise in the life expectancy rate are responsible for this transition. India will benefit highly from this high demographic dividend some of these profits include:

• A rise in the Labour force

India welcomed the New Economic Policy in 1992 under the leadership of the then Prime Minister Narsimha Rao. Globalizing the economy was essentially a good decision as it connected the Indian economy to the international market. The Covid-19 pandemic revealed the global challenges are cross-national. It is a primary effect of an open market system.

Globalization strengthens the interdependence between nations. The competition with numerous economies boosts the improvement of a country. India observed a triple-fold rise, in its GDP, with the arrival of globalization, liberalization, and privatization. The financial crisis, in the 1990s, was also averted because of these structural changes. There was a drop in the below poverty line population while having a significant rise in the living standards. Foreign direct investments in the Indian market ensured a massive inflow of foreign exchange. Along with this, there were many technological advancements as well.

Financial reforms improved and raised the services of this sector. The momentum is stable and steadily increasing at a reasonable rate. Imports and exports have a notable expansion as well. Overcoming cultural barriers is also one positive effect of globalization. As per the reports of the Indian government, we had an influx of US$81.72 billion in fiscal year 21.

India is one of the fastest developing economies on the globe. Geo-political politics is transforming within the civilization, and various developing nations are becoming significant players on the world stage. As the largest democracy and the 2nd most populous country, India offers critical assets to the world. Our nation is also known as the next silicon valley. There is a booming start-up and invention culture in India, which is enhancing our global impression for FDI and entices investment for technology transactions. By cultivating the urban centers and stimulating the entrepreneurial notion, India is likely, to prosper, as an influential stakeholder in international markets.

Our government is endorsing both foreign and domestic investments to make India - The next global tech hub. The US-China trade disputes seem to benefit India as an attractive alternative. With an increase in its skilled workforce, India is giving tough competition to China. The Indian technological revolution has changed the technical infrastructure, and now the nation is the second most connected state in the world. Connectivity induces foreign traders and investments. The country offers a favorable growth environment and tools which will help it take a leading position on the technology stage globally.

India must ensure that its foreign policy is trade-oriented with enormous diplomatic corps and more bilateral ties. A defense partnership with Russia and other middle power countries is a great way to make a strong nation. To fulfill security purposes our country can take up a nuclear umbrella and cyber warfare capabilities. Allowing strategic FDI will help us align with the US in the defense sphere and with China in economic terms.

India should join or form a technology-sharing and market-access alliance or a global technology management era. Investing in R&D, setting up world-class science universities, and unite with the best new universities are some means to become an integral nation. In a highly disrupted multipolar world, India should also contemplate building expeditionary ability along with asymmetric fighting skills.

India has come along a very long way since its independence and its economy is growing at an extremely rapid pace. Nevertheless, there are many internal issues, such as massive income gaps between different strata of society. It creates a dent in the economic image of the country and hampers the growth as well.

Security-related threats are still a pertinent issue that continues to create social barriers within the country. India needs to accept the liberal and progressive ideas (that come with globalization) with open arms. They strive for excellence in the national interest is crucial for India to emerge as a global leader.