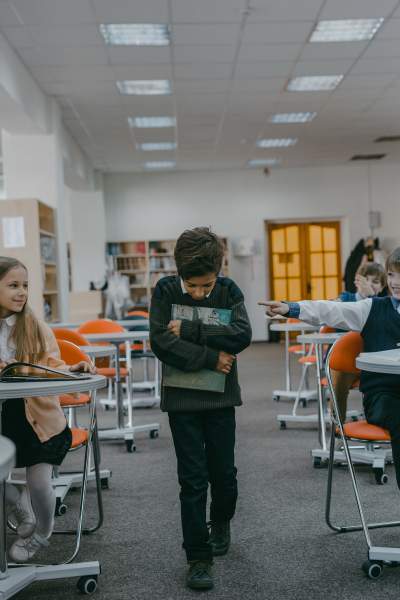 It has been a while since English was declared the standard language in the world.  It is a most spoken language as a native language or as a second language (Szmigiera, M. 2021). More people learn and speak English so that more people can communicate with each other. However, with the increase of English speakers, more feelings of “excluded” can be spread among non-native English speakers. The expectation of people can speak “standard English” or the prejudice coming from the diversity of English fluency, accents, or appearance, causes the feeling of “excluded” among people. And even worse, people cannot express their feelings well in a second language so they may not be able to handle it well.

THE EXPERIENCE OF A NON-NATIVE ENGLISH SPEAKER

The science field is one of the examples of that people often feel language barriers towards English and there is a gap of getting opportunities between native and non-native speakers.

In the science field, since the dominant language is English, researchers need to express their ideas or findings in English. Here are some of the examples that researchers feel language barriers. A Chinese physicist said since the world uses English as the main language, there is much of the vocabulary he cannot express in Chinese. Even though there are brilliant scientists in China, they gave up pursuing a PhD outside China just because of the language barrier. Plus, researchers feel that some of the professors feel uncomfortable when they speak in Chinese to collaborate with each other. And some even think that students who have lack of ability to speak English have also lacked the ability to think clearly, which is not true. Another example is from a wildlife biologist from India. Most of the biologists from India do not have enough time and money to improve their English but have ambitions to contribute research and knowledge about the local areas. However, scientists from outside India prefer to hire someone with brilliant English skills. Moreover, a Japanese zoologist said in2004, more than 60% of the research were published in English, so without English skill, it is quite hard to get information. The number of research is high in English-speaking countries, but in countries where English is rarely spoken, those records are quite less (Chris & Joana, 2019).

The fluency, appearance, and accents of English do never show their competence or their personality. However, these trains brought prejudices that make people feel ashamed or excluded. Those who experience those will start to think that they are actually less intelligent. Lots of multilingual people say they are losing their confidence due to the way they are treated in English-first countries (BBC). It may seem like one language barrier problem, but that could cause other issues of their self-esteem.

While people experience those difficulties of finding a job or feeling less valued in a second language, sometimes people feel difficulties in expressing their emotions as well. For non-native English speakers, English is a foreign language, which takes the emotion out. For example, when people see advertisements or slogans in their first language, they can tell the message more emotionally than in second l language. Or when they get reprimanded in their first language, they get larger skin conductance reactions (Alexandra & Anna, 2018).

The worldwide research shows that people will be more utilitarian by using a foreign language. For bilingual people, English didn’t have the visceral resonance as their mother tongue does. While people get their mother tongue from TV or actual human connections like friends or families, they learn a foreign language in a class where they do not need to use emotion so often (Carla, 2017). Since people present themselves through language, the experience of having difficulty expressing thoughts and emotions can be unsettling, delegitimizing, and disempowering for them (Emily, 2018).

Also, the offensive power of taboo words by the non-native speaker can cause misunderstanding since swearing is a typical “in-group” activity. Their accent also may put different impressions on it (Emily, 2018).

In addition to the lack of connection between second language and emotions, the ‘untranslated’ emotions make it difficult to express their emotion sometimes. “Many of the terms referred to highly specific feelings, which often depend on very particular circumstances, and others represented more complex and bittersweet experiences, which could be crucial to our growth and overall flourishing” (David, 2017). When people have words that can specifically express their emotions, that helps people to improve their emotions more effectively. Marx Brackett at Yale University has found that children taught a richer emotional vocabulary improved their behaviour in classes (David, 2017). This means that on the contrary, when people cannot have proper words to express their feelings, their distress could be huge as much as to affect their behaviour. In people’s stream of consciousness, when people cannot label it, it could just pass by. When people cannot recognize the emotion, people will either lose those emotions gradually or get stressful emotions more and more.

As English becomes a standard language in the world, the number of non-native English speakers is increasing much more than non-native speakers. Even though people use the same language called “English”, accents or fluency can vary depending on the person, and the concepts people can express and recognize can differ as well. Knowing other people’s experiences and realizing the prejudice you may have can reduce the people’s distress that may have happened in the future.