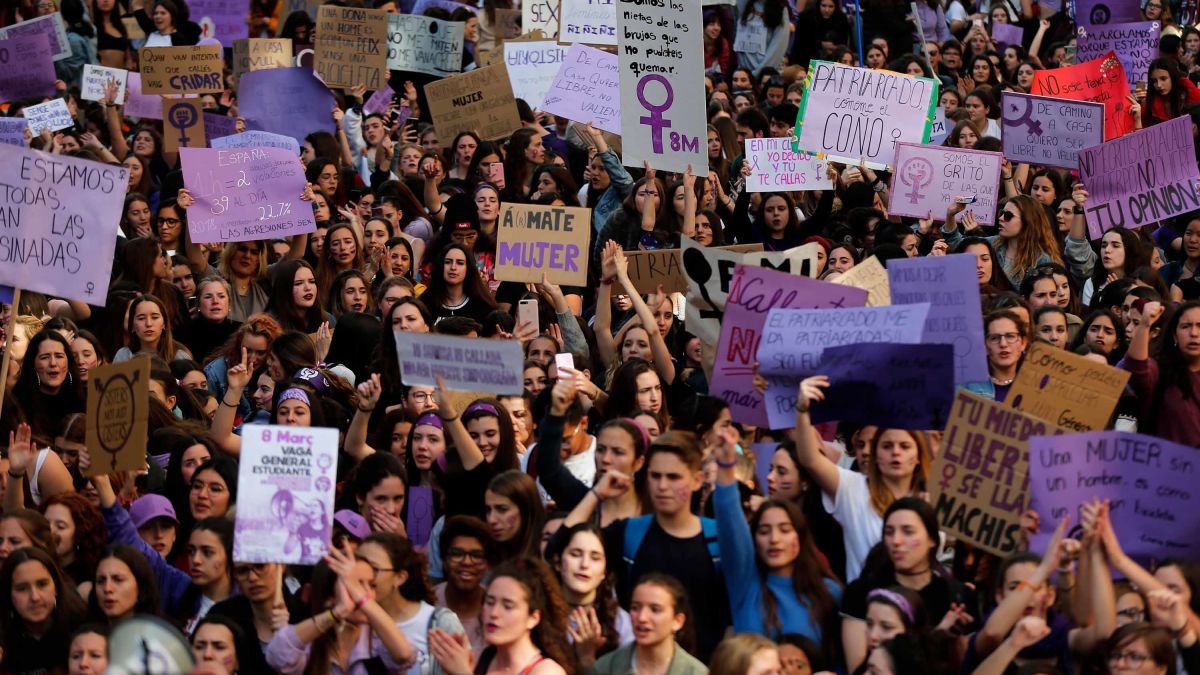 Today, around the entire world, women are commemorated for their Nobel efforts to change tides for the status of women. Today, we mourn the unlawful death of women at the hands of patriarchy. International Women’s Day falls on the 8th of March and annually we gather to rally to dismantle the patriarchal structure that is so inherent in society, but this celebration dates back as late as 1911 and we still fail to achieve a safe, equal environment for women across the globe.

In a world scattered with chaos, COVID-19 brought into light domestic violence women faced at home. During lockdown the number or domestic violence cases women filed shot up. It also broke the bias that these were issues the west did not deal with and were concepts that plagued countries predominantly in the East. But the law does not seem to protect women anywhere, patriarchy does not let women escape anywhere and safety does not come to our women easily anywhere. The Crime Survey in England and Wales showed that in the first initial lockdown 1.6 million women and 757,000 men faced domestic abuse between March 2019 to March of 2020. April 2020 to June 2020 the National Domestic Abuse hotline saw an increase of calls by 65%. These alarming numbers were put away with justifications such as coining rise of domestic abuse in households during the lockdown as ‘inevitable’, but these aren’t cases that came out because of the COVID-19 pandemic, they always existed. The lockdown only highlighted the severity of a problem that already existed and infiltrated out lives on a regular basis, it just now became more apparent to those who could not see it before.

In recent years a group of individuals who perpetuate gender-based violence as part of the manosphere, a far-right ideology cultivated by heterosexual-cis-men promoting anti-feminist agendas, have come into light. In these communities, Incels (Involuntary celibates) believe the world is inherently built on a misandrist structure, the core problem of which is women. Within this hatred rises many message boards, online courses, and videos all of which have influenced many cases of gender-based violence over several years.

In August of 2021, the Plymouth shooting left six dead at the hands of Jake David’s. A man who shared deeply misogynistic ideas and targeted women. Justice for Noor Mukadam trends in Pakistan in July 2021, Justice for Sarah Everard in the United Kingdom in March of 2021, every day we see another hashtag trending out of which a handful get justice and the others get buried under the next case to come. Why? Because another man could not handle his rage, could not handle his urge, saw something wrong with a woman being a woman. But didn’t we foster our men or aid them with resources that push them into this violent behavior?

The incel rebellion: On 23rd May 2014 Elliot Rodger shoots female students at the University of California Santa Barba, after having uploaded a video detailing how he would seek revenge against the entire sex just because he felt rejected by them. A public video accessible to all, especially incel forums. Following this attack other men who carried out a series of murders against women, Chris Harper-Mercer 2015 killed nine people, Nikolas Cruz killed seventeen, Alek Minassian drove a speeding van through the Toronto City District killing ten, all happened to praise the work shared by Rodger. The incel community is all around, it feeds off insecurities and deepens the hatred men carry for women, enough to take their life.

From courses sold on Amazon to guides on message boards where incels communicate their experiences and advice men on how to prey on women better, these are all public platforms encouraging extremist ideology that could harm a large demographic.

The active grooming and recruitment of incels are only going to grow if we continue to allow men to feel entitled to have women as they please. Incels believe what they do is the righteous way and the only way of putting women back in their place. It is hard to believe the availability of this content and easy access to it in the 21st century. These ideas continue to persist and let a group of predominantly white men carry out heinous crimes while simultaneously playing the victim card.

Next time a co-worker smirks to say, “try smiling more” to your female colleague, a dapper man that reeks of money walks up to a girl in a bar making her visibly uncomfortable, or when your loved ones say, “boy will be boys”, take a step back and think: will validating this behavior lead to larger repercussions in the future?

This Women’s Day it is essential for everyone to look at the people around us, look at the deteriorating circumstances for women around us because it has always been happening right under our nose, we just never looked clearly enough. These aren’t issues we face in an isolated geographical setting, or in a singular culture, it is something we see happening around us everywhere. In celebrating women’s achievements, we have to start making it safer for women to be able to celebrate their achievements.