Is Europe closing borders and ports to Ukrainian migrants just like in 2015 to Syrian refugees? What has changed and what has not? 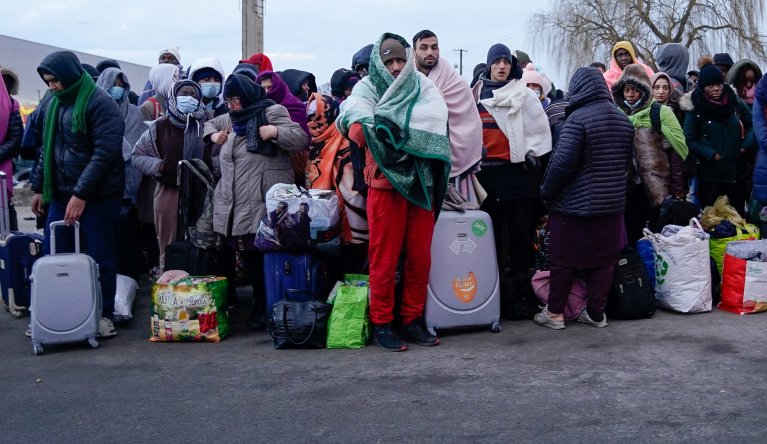 The conflict going on for years in Ukraine’s separatist regions has escalated in the past two weeks and has culminated in the Russian invasion of the country. It had been long since Europe, considered in its geographical and non-geopolitical borders, witnessed such a high-intensity conflict that resulted not only in thousands of civil casualties but also in an unprecedented refugee crisis. In around 20 days, UNHCR, the UN Refugee Agency has counted 3 million refugees to have fled Ukraine towards the neighboring European countries. It is the highest number counted in such a short period ever since World War II, and the EU response has been surprisingly positive, considering past administration on similar crisis: the Syrian refugee crisis in 2015 is a perfect example which will be discussed later in this article. As for now, the EU has agreed on new plans for the faster welcome and the geopolitical answer to the crisis has managed to accelerate the process of asylum-granting. The European Union has stated Ukrainians are allowed to stay in all the 27 member states of the Union for up to three years and have the grant to stay and work without the need for visas. It is interesting to note how the UK has responded to the imminent crisis too: it is launching a new visa scheme according to which British people can register their homes or second properties and host Ukrainian refugees, both individuals, and families, for at least six months, rent-free. The host will receive 350£ per month from the British Government: this is a way to implement refugee hospitality measures the first time that the UK faces such a migrant crisis on its own, having parted from the European Union.

UNHCR has installed welcome centers as well as in loco facilities to help the displaced and distribute food and essential needs to many communities around Ukraine and has stated the country’s emergency as a level 3 crisis: the highest according to the Refugee Agency rank.

What has sparked the attention of many activists, researchers, geopolitics professors, and think-tankers is the different reaction and responsiveness Europe is having to this refugee crisis compared to the 2015 Syrian crisis, which is still being felt today, especially in South European countries and is still a matter of discussion in the singular EU states.

In 2015 Europe has gone through the first and highest (before the one we are experiencing today) refugee crisis ever since WWII, and it is often referred to as the Syrian crisis, even though it involved migrants coming from many countries of the Middle East as well as Pakistanis and Eritreans, not only Syria. Only in one year, 2015, 1.3 million migrants fled to Europe: the Union’s responsiveness was nothing like the one we are witnessing today. Europe did not manage it solidly and responsibly as it is doing nowadays and crisis divided the Union rather than unifying it, being the opinion and the position of the different member states critically diverse and unprepared. Having welcomed almost 3 million Ukrainians refugees in 2 weeks and have had such controversial politics concerning the Syrian crisis, this raises concerns and questions: is Europe’s different reaction a backlash of structural racism? Are we denoting it just now or have we been aware of that for too long?

Serena Parekh, philosopher and author of the book “No refugee: Ethics and the Global Refugee Crisis” has been interviewed by Al-Jazeera and has tried to formulate an answer to these questions. There are many factors to take into account when analyzing the EU’s refugee welcome system in 2015 and how it is managing the crisis now. How the Union has behaved in 2015 has violated the human right to asylum-seeking as many member states closed their borders, this made the fleeing from Syria and Africa harsh and a real business for illegal smugglers who contributed to the human trafficking along the Mediterranean, where illegal boats have sunk and people have died. This is why the Mediterranean is considered to be a cemetery where the yoke of politics and the disagreement between the EU member states has prevailed on the life of hundreds of thousands of migrants.

Europe has therefore been accused of hypocrisy and of being racism biased in the management of the two crises in such a different way medically, geopolitically, and concretely. The philosopher Serena Parekh has stated that the Ukrainian refugee crisis is being contrasted, at the eye of the European Union’s Parliament and of the different governments of the single-member states, according to closer dynamics that bring the EU to, unjustly, approach the crisis in a different way, in a way they should have behaved during past crises too. What surely makes the Union act in a more participatory way is the closeness with which the conflict is being fought, as well as a different background that this crisis reveals. Unfortunately, in a Eurocentric and structurally racial vision, the Ukrainian refugees are being perceived as “similar” to the Europeans, both for the history that is shared and, sadly, for the physical aspect and features that are considered more alike in an instinctual and deeply racist way. A second factor that accelerated the EU’s response to the refugee crisis is that many member states that are neighboring Ukraine have undergone a similar Soviet invasion and occupation, during USSR, therefore there is a sentiment of empathy which is, unfortunately, and unjustly stronger than the one they could have had with 2015 refugees. What is wrong is that during these crises, where the human condition as an asylum seeker should be considered, the ethnic background, prejudices, and structural racism prevail and have greater say than human life as it is. What has sparked the media attention has also been the racially biased behavior of border guards when Black Ukrainian or African students have come to the borders to flee. According to different verified sources, a secondary queue was created for Black migrants who wanted to flee Ukraine, and they have been waiting for days while the queue of “blonde and blue-eyed” migrants speeded up. In this regard, many African leaders, among them the Nigerian President Muhammad Buhari, have addressed the European Union and accused them of racial discrimination on the borders of Ukraine, claiming the behavior in the breach of International Law.

Europe is once again showing how racism is rooted in institutional practices, even in times of danger and threat. Even though the aid Ukraine is receiving from the Union, as well as the availability of the 27 member states to host the migrants, have shown progress in the refugees’ administration, the question on how and why Europe is behaving differently, choosing first-class and second-class refugees to grant asylum to, is still unanswered. Or maybe, it is answered, and it is too hard to swallow: refugees won’t have a class according to their provenience when structural racism will be something from the past. Not today.

The season finale: Is UN fated to an end after the war in Ukraine?