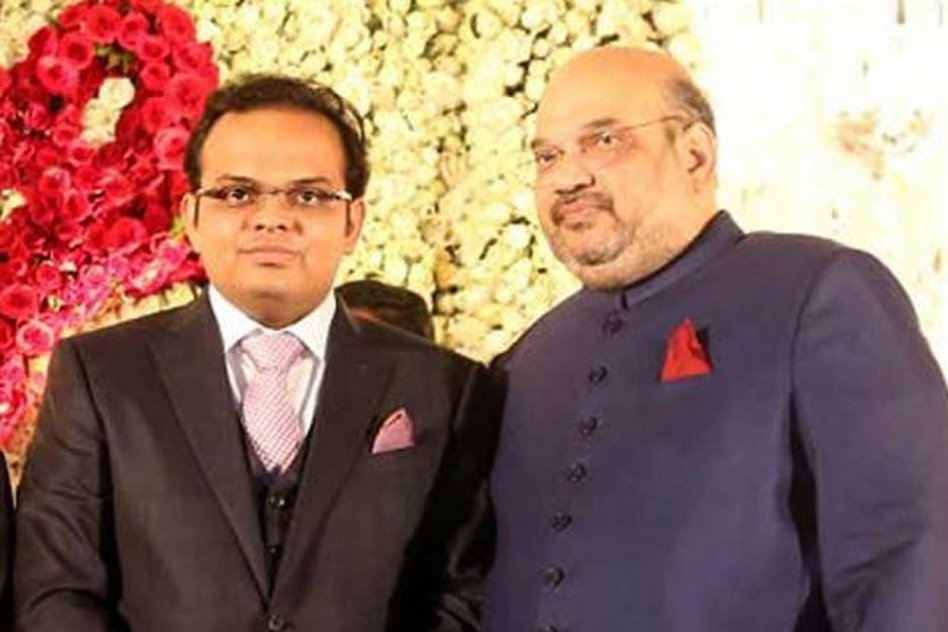 BCCI recently announced the suspension of IPL 2021 due to the rising cases COVID positive cases within team members and staff. The online is in buzz after the news that happened due to lack of safety preparation conducted by the council. Avid fans of a game have wanted the resignation of BCCI President Sourav Ganguly and BCCI Secretary Jay Shah. Jay Shah, who is prominently known as the son of Amit Shah, has already under the lens of people when he has appointed as the President of the Asian Cricket Council in January 2021. The President of ACC has usually given to the President of BCCI in India. But for this time, the position is given to the Secretary of BCCI. Mr. Shah, at the age of just 32, is the youngest ever administrator who has taken office. He takes over the reign from Bangladesh Cricket Board (BCB) chief Nazmul Hussain.

There are many questions raised in 2019 when he had elected Secretary of BCCI. His credentials are not enough to prove his worth in the position he got elected. He had never played the game professionally but was only known to train under former Gujarat coach Jayendra Sehgal. He does hold the position of Joint-Secretary in the Gujarat Cricket Association (GCA) in 2013, while senior Shah took the post of President in the association in 2014. His elevation of the position seems a highly smooth road as none finds any blockage in the transition. Every status he has gained through unchallenged and unopposed. There was a report that through various lobbying and hectic parleys are in play due to which no one stand against the election of BCCI and every candidate emerged unopposed. The opposition parties highly claim that the dynasty politics is hugely played the part for Shah junior getting a post of Secretary then and now the President of ACC.

It is not the first time the accusations of Nepotism foreplays in Jay shah’s scenario of works. The infamous article 'The Golden Touch of Jay Amit Shah' from The Wire in 2017 allegedly reported the turnover of Rs. 80.5 crore in FY 2015-16 of a company named Temple Enterprise Private Ltd. which owned by Jay Shah while the same company has shown the profits of Rs. 18,728 with a turnover of Rs. 50,000 only in the previous year. The high gap of turnover happened as soon as Mr. Narendra Modi was taken the oath of office as Prime Minister. The suspicions of Favoritism had risen higher when the same company filed for dissolution just a week before demonetization has announced in the country. As if he was known about demonetization all along. The website which published the article has written on the facts based upon filings on the Registrar of Companies (RoC). It highly emphasized facts about the previous year's earnings of the company. It has written that in the financial year 2013 and 2014, the company recorded losses of Rs. 6,230 and Rs. 1,724 respectively with negligible activity. But when the company secured the unsecured loan of Rs. 15.08 crore from a financial firm of Rajesh Khandawal whose is an in-law of Parimal Nathwani, a Rajya Member, and Top Executive of Reliance Industries. The PSU schemes of the government have given an extreme boost to the company revenues that resulted in 16000% profits at the end of March 2015.

The report findings are highly parallel to the instance of Robert Vadra, the son-in-law of Congress President Sonia Gandhi whose real estate boosted immensely through loans and unsecured advances by real estate giant DLF when the UPA government was in office. BJP uses this incident hugely while doing rallies for the 2014 elections. Now the case is reversed, any opposition party against BJP uses the shah junior flawlessly moving the charts of power holding positions. Due to the light of the article, Shah has filed a criminal defamation case and civil lawsuit of Rs. 100 crores against the editors of the website portal The Wire in October 2017.

In another event, When he finally filed his income tax report after the Lok Sabha election 2019 after two years of not filing his income tax report shows a great deal of jump in his incomes. His income tax filings show the surge of 15000% from 2014 to 2019 which highly coincident with the BJP came to the power. His firm named Kusum FinServ LLP which deals with share trading, agro commodity trading, and consultancy has gone from Rs. 79.60 lakh in 2014 to Rs. 119.61 crore in 2019.

It is not the first time when a political influence candidate takes the position in BCCI. With Shah, Arun Dhumal, the younger brother of former chief of BCCI and current MoS of Finance, Anurag Thakur is the Treasurer of the Board. Before them, scions like NKP Salve, Sharad Pawar, Madhavrao Scindia, and Anurag Thakur entranced the position with their power. It looks like there is no stopping of these practices soon or maybe far future also. Sourav Ganguly, current BCCI President does not find anything wrong in influential people holding important posts. Currently, Both Ganguly and Shah had to vacate their position somewhere between mid-2020 due to the clause added in July 2016 by the supreme court. It states clearly that after completing three years term office bearers must vacate the office for a cooling period of three years and then return to run the council for straight six consecutive years. Both Shah and Ganguly had the previous functioning as state cricket council so, their tenure would account when they obtain the BCCI position. As of now, SC adjourns the hearings. Currently, Both of them are continuing their position. No one knows when the amendment of a 'cooling-off period' will implement.

Jay Shah's career so far can be concluded as a very smooth road. It is a prime example of when one got powerful and influential persons in the upper part of the government. The one always is veiled from any scrutiny. They can pertain to high-level positions without proving their previous activities. Interestingly, dynasty politics would follow no matter whose party or person takes an uppermost crust of the government. It had happened when the UPA government is in force or now when BJP is functioning the government.  Nepotism or Dynasty Politics whatever, you named it, is here to stay. We saw in the case of Vadra then and now Shah. We do not know who will be the next person in this case that will come to light in front of the Public.