Is Kerala Becoming A Territory Of Terrorism? 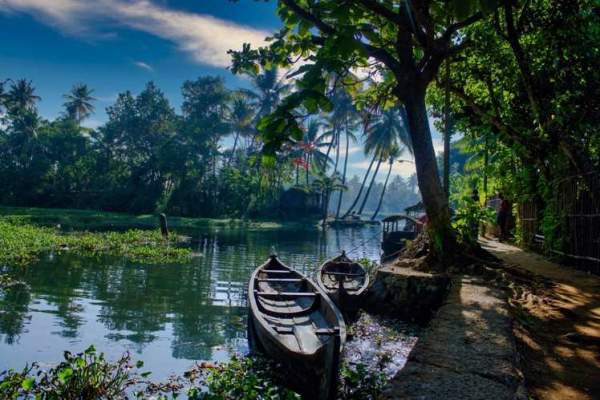 Terrorism has been a vast subject for many decades all over the world. We have seen many countries encourage terrorism to dictate the political goals of their people.  Survey shows that the number of war deaths is declining, yet violence and opposition are peeking on the mountain. Many lost their family and belongings, which led them to choose the streets as their home. Even though we have been discussing terrorism in countries like Afghanistan, Pakistan, Iraq, and Syria, we often forget the wide range of People in India also helping terrorism. It is sad to say one of the states which terrorism has reported is the southern part of India called Kerala.

Kerala also called God's own country, is one of the glories places on the planet, where thousands of tourists around the globe come to scenic beauty and loads of activities available and feel the yummy food. The moniker 'God's Own Country' comes from the abundance of natural beauty found in the form of quiet backwaters, lush foliage, charming hill towns, and lovely beaches. Kerala is also known for having the highest educational quality and literacy rate of any state.

Despite having the literacy percentage of any state in India, Kerala is one of the captives of terrorism. It reported more than hundreds of people, including children and women, fleed from the country to join terrorist groups like ISIS in Syria and Afghanistan. It is yet an enigma that how such an educative state like Kerala is joining terrorist organizations. There are still many studies afoot to understand why people are encouraged to participate in terrorism; and what is the reason behind it? Some people still believe joining in terrorism is probably because of their broken family background and the environment where they have been grown up, and it drives them to follow the ISIS path. However,  there is no evidence to show that this claim is accurate because most of them who joined terrorism was born and brought up in nurturing family. Others think that terrorists have something to do with psychopathology from mental illness. But it is all discrete in the studies.

According to research, the most impacted age groups are 16 to 27 years old. If you closely look at this age, these are the young people in transitional phases of their life. Since their target is the young generation, the recruiters can control the children's minds very smoothly because children are naive and gullible to believe anything blindly. The children are even abandoning their parents and loved ones to convert Islam to join ISIS, which is bizarre. If they leave their parent under the influence of religion, how much are these groups manipulating and poisoning a human's mind?

However, The International Centre for the Study of Radicalisation shows some youngsters who join ISIS are mostly to have an adventure, while others are motivated by their teaching "ideology." Manipulation is continuing to describe ISIS as the only true Islam. There are many terrorist key influencers and motivators reported in Kerala. One of the indoctrinated UK Hamsa, Aka Taliban Humsa, was arrested for convincing the young generation in Kerala in 2017.

Social media has become a platform to make an impact on people. Many children claim that they pulled into terrorism through the lectures of the Anwar al-Awlaki. In the beginning, they watched the programs just for fun, while others were just curious to know how the world of terrorism seems. Later it becomes a dangerous attraction and addictive subject on the younger generation. They have spent watching manipulative videos for hours when they have to do homework and studies. Influencers from ISIS persuade young people that they are more exceptional and distinctive than they thought. It encourages young people to re-think who they are and what their life's purpose is.

Many who tried to join by the influence of ISIS have reported to police and journalist how Islamic extremists explained why Islam is their calling. How the message felt it was talking about them and made them feel like they were the chosen. Later, when they have realized they were under religious manipulation, they managed to get out and run away. Islam radicalization is using social media like WhatsApp to use for recruitment new insurgents from Kerala. It reported that roughly 200 persons, including women, were added to this group. According to the Quran, Muslims should not form friendships with non-believers over the faithful. Unless he does it out of fear or taqiyah, whoever acts so has nothing to expect from God. God issues a warning about himself. All things must return to God. Islam also teaches to kill those who do not believe their Allah. But the intriguing factor is they are killing Islams too.

Islam Extremist influencing the men and women by telling them they are a part of a humanitarian movement. They are helping to build the caliphate, which they deemed to be a utopian society. Propaganda is also targeting women categorically because they represent the next generation of the Caliphate Utopia. They teach these women are going to be wives and mothers of the future jihad generation. Most of the time, women-to-women talk is one of the best ways to recruit women to terrorist organizations. Although all this is true, some Kerala women accept Islamic radicalization because they fall in love with men already members of the organization. The four Kerala women, Nimisha alias Fathima Isa, Sonia Sebastian alias Ayisha, Reﬀeala, and Merrin Jacob alias Mariyam, who accompanied their husband to join ISIS, surrendered after the police killed their terrorist husbands. The media announced they are currently spending in jail, and they wanted to come back to Kerala. There were reports people are encouraged to join ISIS more than any terrorist organization in the world.

If you think ISIS is the only terrorist influence in Kerala, you are so wrong.

Left-wing extremists and religious fanatics have become terrorists found in Kerala. To date, the state has reported about 100 cases of terrorism. There have also been many small-scale explosions in the state, including improvised explosive devices (IED) and almost 142 people sized for terrorism-related offences.

Shri Loknath Behera IPS retired on June 30, 2021, after serving as the Kerala State Police Chief for the longest time. On the eve of his surrender, he openly confessed that Kerala is quickly becoming a perfect breeding ground for terrorist activity. The Kerala Police Chief voiced alarm over the rise of fundamentalism among well-educated and professionally competent youths. He also hinted that the state was home to a large number of sleeper cells. Kerala's rapid transformation into another 'haven' for 'foreign-funded-locally operated' terrorist activities is undoubtedly God's Own Country's most open secret.

The most recent incident occurred on August 26; at least 14 residents were reportedly responsible for the suicide bombing at Kabul Airport. Kerala is somehow losing its grip on the lifestyle which they used to have. It was terrifying to see how such a peaceful state turned into a crazy place. We have been continuously hearing the worst news, such as killing wives for dowry, killing their child to live with another woman or man, and so much terrible things. What is happening to Kerala? Why are educated people doing such a horrifying thing? I think it will remain a mystery that no one can solve.

6 months, 2 weeks ago by Yash_kashyap