‘Is there equal access to political power for woman around the world’? 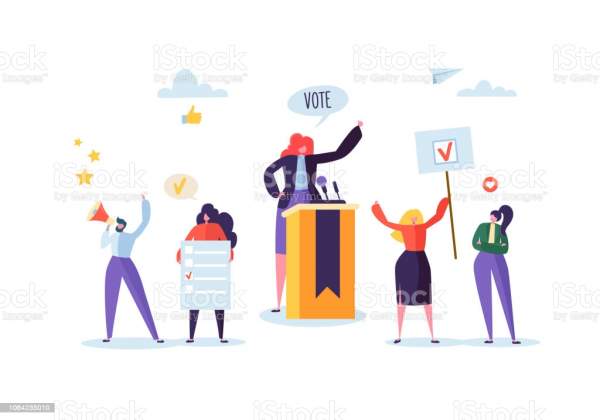 The field associated with politics and power is something which throughout the time in history was seen as men’s domain.  A woman’s role in  in society was seen as one who takes care of men and family in the household world.  The domestic sphere was something that was meant to be women’s territory. The famous philosopher Aristotle refers that “man/human is polis animals” the line here talks about the human tendency of getting in involved in political activity however Aristotle and so Rousseau like many other philosophers have neglected the presence of a female in this category. If one looks upon the historical narratives of ancient, medieval and modern times, few women rose above their domestic duties and rose to the highest position in politics. Few of such women around the world were Cleopatra from Egypt, Queen Victoria & Elizabeth I-II, Queen Marry of Scotland, Razia Sultan, and Rani Laxmi Bai from India. Even the most important revolution of modern times (the French Revolution) which had immense contribution from women’s of working and elite class failed to provide space to women representation in national assemblies and their equal political rights.

Post World war –II, the world was tremendously men’s dominated in the political sphere as it was also the time when many of the nations in Asia came into existence such as India & Pakistan, North & South Korea. The post-war era was marked with the beginning of the cold war era tussle which lasted between the US and USSR for more than 3 decades (1991). To begin with, women’s entry into politics in the Modern world was marked with the political rights movement of the 19th century for female suffrage in America & Europe. Being the single largest democracy, India from the time of independence provided equal suffrage to men and women even though women were significantly part of voting but they were hardly part of sharing if this power.

In the South Asian context, the women who rose to power were from elite and educated backgrounds they were also morally responsible for maintaining their family as well.  Until now we are yet to witness the rise of female politicians to the highest executive office for more than a hundred in numbers. Few women politicians who had & currently have a high level of influence during their tenure were such as Sirimavo Bandaranaike (Ceylon, former Prime Minister), Margret Thatcher (former P.M in the UK), Indira Gandhi (former PM, India), Benazir Bhutto (former Pakistan, P.M), Angela Merkel (Germany, Chancellor),

Sheikh Hasina Wajeed (Bangladesh, Prime Minister), Aung Sang Suu Kyi (Myanmar, state counsellor), Hillary Clinton (former United States secretary), Theresa May (former P.M in the UK), Jacinda Ardern (New Zealand, Prime Minister), Kamala Harris ( US  Vice President). While naming these female politicians we just can observe that woman representatives are in minority to this date. While naming them can we neglect the myths/biases that are associated with the woman in Politics? Among such prominent myths is as women are hardly interested in politics and not competitive enough to their male counterparts, women just act as dummy candidates.

In the context of World politics according to ‘UN Women report, about 31 per cent of women in America are part of parliament, 29.9 per cent in Europe, 24.4 per cent in Sub Saharan Africa, 16.6 per cent in the Middle East and North Africa and 20 per cent in Asia. If we look upon the rank of countries according to the percentage of women in the unicameral or lower house of parliaments, countries which are economically weak as Rwanda ranked 1st in this category where women have won 61.3 per cent of seats in the lower house, India 142nd and our South Asian neighbours Pakistan, Bhutan, Afghanistan & Nepal are 106th, 67th 138th & 43rd. Unlike many other democracies, it is only 13 per cent of the woman in India are parliamentarians. Raj Sabha has bought down the total of woman MPs to just 25 of 245’. There are 78 women in the 17th Lok Sabha. Even though every Indian citizen has the constitutional right to vote & contest in the election but Women candidates due to age-old sexism and patriarchal norms set have been denied access to equal opportunities. In the case of local councils or the Panchayati Raj system in India, women-led about 62 per cent of drinking water projects compared to those of men.   In recent instances from around the world, we have seen that women politicians being applauded for coming up with policies focusing on health, education and infrastructure & gender equality (such as Jacinda Ardern from New Zealand & Angela Merkel. Most of the countries such as America, Britain, South Africa, Australia, Sweden political parties have recognised the need for voluntary quota or reservations of seats in parliament.

Although India lacks behind the list of many of these countries mentioned above it is very necessary to realise the fact that women in Indian politics are underrepresented and since India is parliamentarian democracy it is the call of every citizen of this nation and politicians to give equal opportunity and space for women candidates to grow and develop as a strong politician. The women reservation Bill is not a charity to women of this nation but an opportunity to access equality in the political & social sphere. To represent diversity in a literal manner India and other countries need to take necessary measures to make the growth of female politicians.  Affirmative actions at the right time are the need of the 21st century.  No human shall be deprived of its basic rights & dignified life is something every society of the world needs to work upon. Unless we achieve these goals we are far from achieving our goal to be a developed nation.