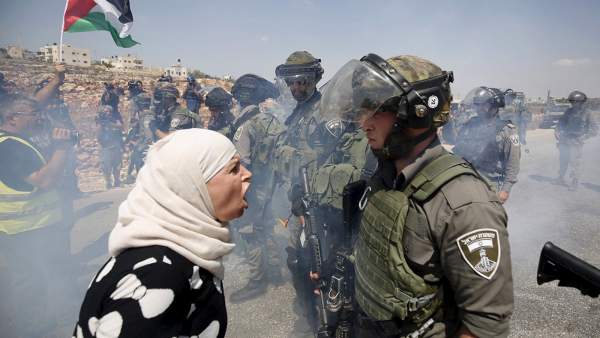 The Arab countries once pledged to bar all ties with Israel, unless there is a two-state solution, are now overtly normalising relations with Israel at the expense of Palestine's freedom.

After the defeat of the Ottoman Empire in World War I, Britain took control of a territory called Palestine. Arabs mainly inhabited it with a small proportion of Jews. Jews sought refuge in Palestine, firstly to escape Europeans in World War One and then the holocaust in World War II. As the population of Jews ascended in Palestine, the violence between the two groups grew. In 1947, the UN voted for Palestine to be split into separate Jewish and Arab states, with Jerusalem becoming an international city (BBC). UN in 1947 came up with a two-state solution with Jerusalem becoming a global city. However, the Palestinians were not ready to give up their land. British rulers could not solve the conflict and were already exhausted from WWI. They left the country in 1948, including West Jerusalem, and Jewish leaders declared the State of Israel. The same year war followed between the two groups. The war concluded in 1949, with Israel occupying most of the territory leaving behind the West Bank (including East Jerusalem) and Gaza under Palestinians' control.

However, in a six-day war in 1967, Israel took control of the Gaza strip, and West Bank including East Jerusalem. Arab countries were actively involved in the war protecting the territorial integrity of Palestinians. However, the efforts failed. The conflict became permanent, with several wars ensuing thereafter. In 1993, the Israeli government and the Palestinian Liberation Organisation (PLO) agreed on a plan to implement a two-state solution as part of the Oslo Accords, leading to the establishment of the Palestinian Authority (Britannica). However, the disagreements between the two halted the plan. Palestinians, to date, urge the implementation of the two-state solution, returning the occupied Gaza, West Bank and East Jerusalem, a setting present before the 1967 war.

The Arab States and their normalisation of ties with Israel:

The interests behind normalising relations with Israel are precise and transparent, to get hands on advanced technology from Israel through the initiation of trade and improved relations with the USA. The Arab countries that once promised not to have any ties with Israel unless there was a two-state solution before 1967 are now considering their interest at the expense of Palestinians and their independence. While many Arab states say they remain committed to the Arab Peace Initiative – which calls for Israel’s complete withdrawal from the Palestinian territories occupied after 1967 in exchange for peace and the full normalisation of relations – speculations have been rife that some countries in the region would soon join the bandwagon.

What is the fate of Palestine?

The breakthrough Abraham Accord was reached without the knowledge of Palestinians. The Palestinians felt betrayed, and it was evident on social media when Palestinians displayed their sentiments. President Netanyahu said that his plans to annexe West Bank further had been put to hold due to this deal, but he insisted that he would do it, on a later date. At the time of writing, Al Aqsa Mosque is under attack by Israeli forces in occupied East Jerusalem. Over 150  Palestinians have been injured thus far. The violence and conflict have only increased in recent years. The solution to this problem gets only further away, and the struggle of Palestinians to get their land seems eternal, given the on-ground situation and inadequate role of world leaders in the conflict.