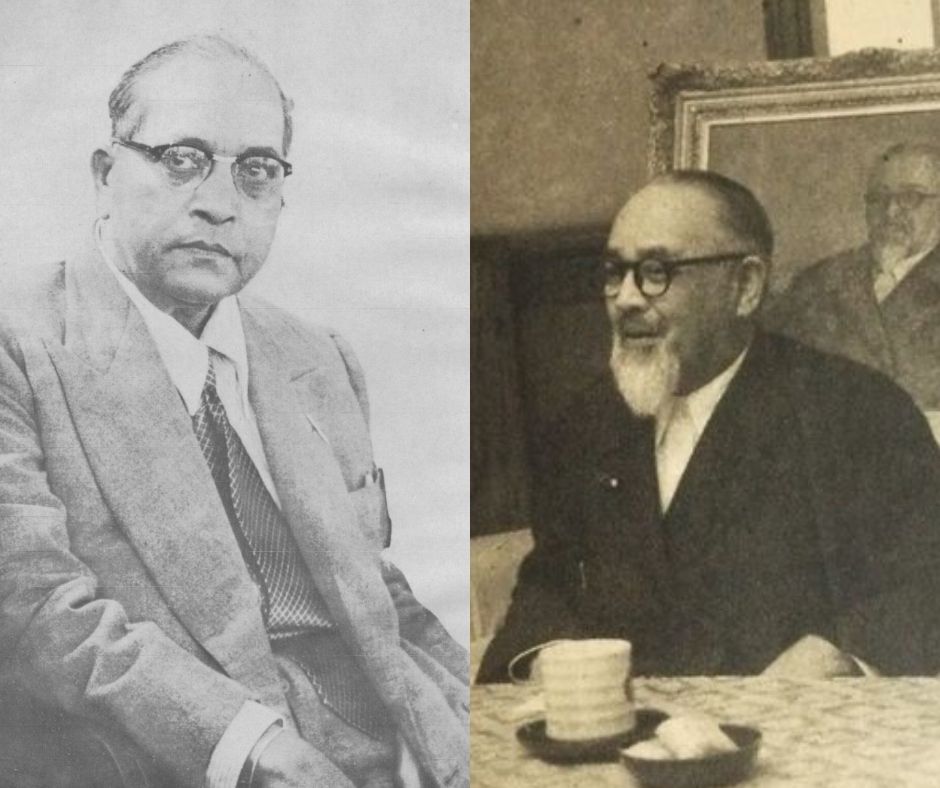 (Article was written with special inputs from Sayaka Sugiura)

“Untouchable” and considered the lowest caste in society, these people have experienced discrimination for generations and faced exclusionary behaviour in the society. The discrimination found its origin in religion, which preached the ‘sanctity of life’.

These people were primarily involved in professions of butchering, leather-work, carrying out executions etc. Their work, even though a necessity for the “upper caste”, was disapproved by religion. Religious disapproval of work led to contempt and disgust towards the workers themselves. They were seen as “impure” and were slowly moved to the edge of the society where they live doing the dirty work of those who consider themselves ‘pure’ and ‘elite’.

Over time the work has become associated with this caste to the extent that marriages with those belonging to these castes are disapproved in the society.

If the above description sounds familiar you are likely to be familiar with Dalits in India or the Buraku in Japan. Both Buraku and Dalits face similar forms of discrimination in Japan and India respectively. Even though Buraku and Dalits are differently placed in a lot of contexts, and at the risk of oversimplification, it is still imperative to look at the stark similarities that exist between the two communities and learn from each other’s experiences.

Outside of this structure existed the Dalits and the Buraku considered to be the “untouchables” [2]. The term ‘eta-hinin’, which translates to unclean/impure-non person, was also commonly used for the Buraku in Japan. Such has been the historic hostility towards the two groups that they were not allowed inside houses or to take water from sources of common usage. They were not only considered polluted but some texts so far as to call them ‘non-humans’ [3].

Over the years, the fundamentals of marginalization have undergone change and many competing theories of the origin and current form of discrimination exist.

What cannot be denied, however, is that currently, the status of both groups is hereditary. Resultantly, children born to Dalits and Buraku are predestined to live life as outcasts and continue to take up the professions of their parents. Those who can pull themselves out of the void are still an exception to the general rule of a life of extreme hardship.

While Buddhism has been central to the liberation movement of both groups, the origins are a bit more divergent from each other.

Dr Ambedkar, a prominent leader of the Dalit liberation movement, appealed to those belonging to backward castes to convert to Buddhism as it did not have any caste-based hierarchy.

Amongst the Buraku of Japan though, the origin of the discrimination is in the Shinto and Buddhist religious ideas, at least implicitly. The Buddhist philosophy of ‘sanctity of life’ is what prompted people to distance themselves from the Buraku, who primarily dealt with the dead and were therefore considered impure.

However, the ikka-ikki peasant rebellion group which believed in Shinto Buddhism led the first liberation movement for the Buraku (some scholars however believe that the ikka-ikki rebellion is what led to the formation of Burakumin).

Both in India and Japan, several policies have been focused on uplifting the status of the two communities and ending the discrimination faced by them. In Japan, when attempts to integrate and uplift the Buraku people were made by experimenting with a reservation like policy in schools, many private schools refused, citing the stigma attached to the Buraku and the consequent lowering of prestige it would result in.

The historical discrimination to this day prevents the Buraku from fully integrating with the society as they come from uneducated backgrounds with very limited access to resources. Those who can move out of Buraku neighbourhoods hide their Buraku identity and live under the fear that if their identity is revealed they might lose their job and house.

The situation is very similar to India, where despite the reservation policy, which creates a bridge for those belonging to the backward castes to overcome the social roadblocks, the public perception has not been changed. While policies like reservation are great to target the result of discrimination and necessary to undue the generational inequalities faced by the communities, in the absence of parallel campaigns to create a society where no hierarchies exist based on birth it is unlikely that discrimination will cease to persist.

It is only our ignorance, and the luxury accorded to us through generations of social oppression against these people that gives us immunity to work in spaces that were made inaccessible to oppressed castes, and not the strength of our morals that makes us believe that we do not discriminate. We do not discriminate because we have the luxury to be in places where we cannot discriminate. However, the reality is that caste-based discrimination still exists and will continue to exist unless the public perception is targeted along with affirmative action policies.