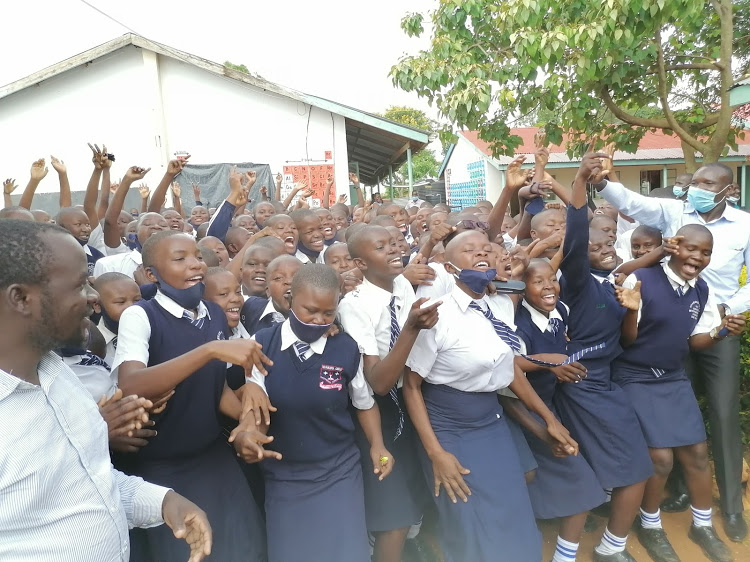 After a ten-month disruption, candidates of Kenya’s 8.4.4 Education System seats for their final national examination. The Kenya Certificate of Secondary Education (K.C.S.E) examination was taken by over students countrywide. The number of those registered was higher than that of those who sat for the much-awaited test. Suffice it to say, this was the result of the Covid-19 Pandemic that did not only disrupt learning but also led to the displacement of some candidates.

The 8.4.4 learning system is a highly competitive system of its kind. It was adopted in 1985 by the Kenyan Government. More than three decades later, this system, once thought to be flawless, proved weak as it faces criticism from The Kenya Institute of Education. Its once appreciated competitiveness was a significant disadvantage as it is argued by many students to be demotivated by it.

However, as time goes by, more light has been shed on this seemingly ‘ambiguous’ system whose mode of delivery is different. More parents and learners have warmed up to the idea of doing away with ranking because, every child truly is gifted differently, and this should not stir competition. Equally, they have accepted that aside from Academia, there is a host of talents and gifts that they could collectively explore and still be successful people in society. In my opinion, parents have also taken well the challenge to be actively involved in their children’s education positively, since the new system requires their participation in learners’ activities such as assignments.

Until 2016, the Government of Kenya had not come up with a suitable replacement for the old 8.4.4. However, this stopped being the case because, in 2017, The Competency-Based Curriculum (CBC) got enlisted for review and integration. Like any other huge change, it met opposition. With Kenyans arguing, it was not sustainable.

In preparation for this massive change that will fully be integrated by 2025, the Education Cabinet Secretary Prof. George Magoha earlier this week released last years’ K.C.S.E results and, for the first time in history, schools were not ranked.

2020 was the year whose turnout of events caught us all by surprise. Despite this, K.C.S.E. candidates still stepped up and did their best. And yes, it is time to do away with the system of competition.