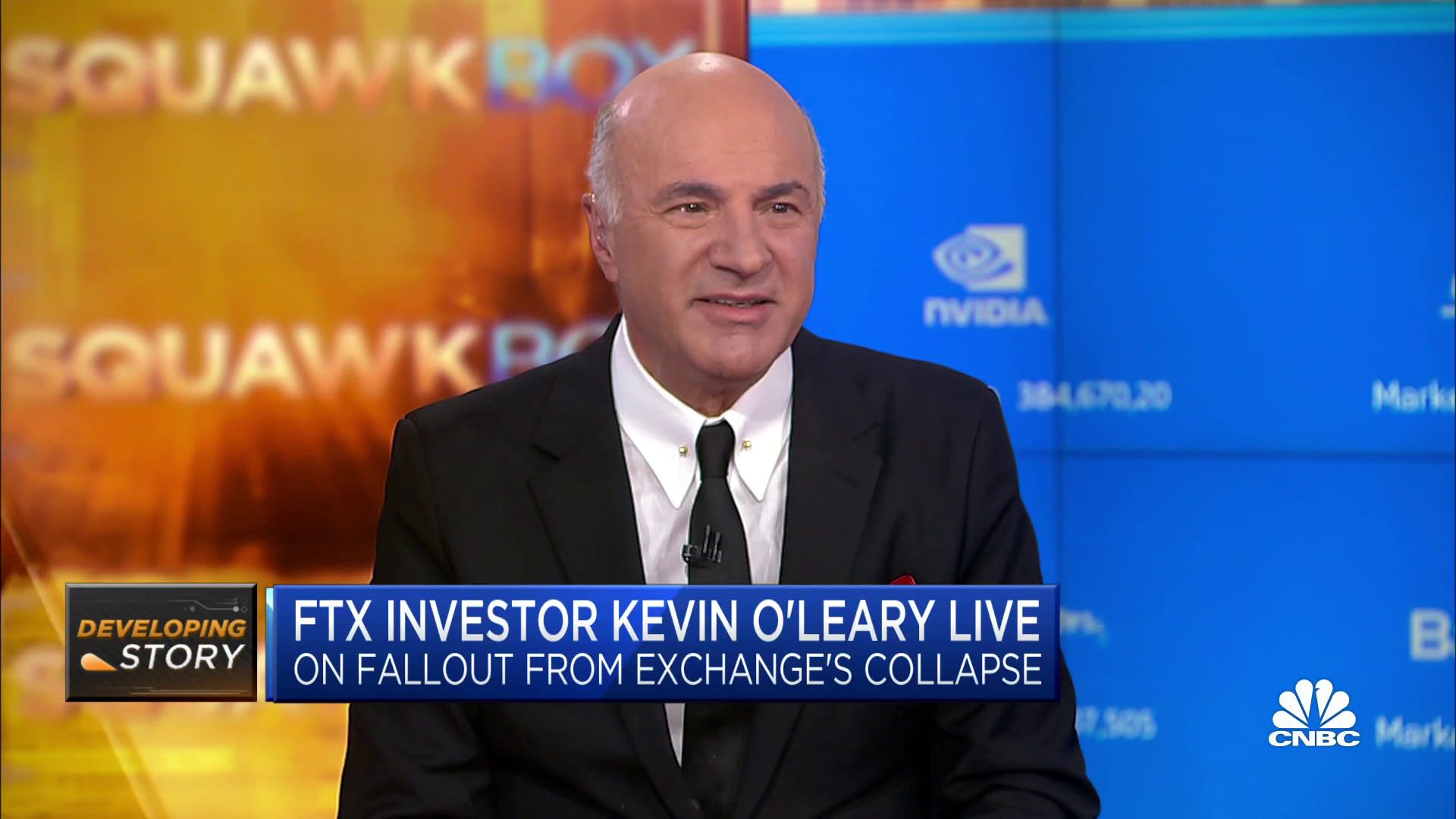 Since the collapse of one of the largest cryptocurrencies to exist in the early days of December 2022, FTX, blockchain technology, and the trustworthiness of crypto have been a huge discussion in the business world.

Blockchain technology is a building block in cryptocurrency and is fundamentally a system of recording information in a way that everything is linked to one another, and it should be nearly impossible to hack or cheat the system. Sam Bankman Fried (SBF), however, still found a way.

On November 6, 2022, Binance CEO, Changpeng Zhao, announced his withdrawal from their previous investment in FTX, and shortly after reports exposed Bankman-Fried for his mishandling of customer funds to aid his former company, Alameda. Customers pulled out of FTX so quickly that Bankman-Fried lost 94% of his wealth in just days.

From here, the drama and secrecy spiraled and have been unfolding before us.

Jim Cramer, an American TV personality, explains in a Squawk Box episode how large crypto companies like Binance need to understand that blockchain technology doesn’t make one immune to these frauds and to establish a legitimate cryptocurrency, one must comply with the same regulations SEC Chairperson Gary Gensler approves of to be recognized as a true banking system.

Some people in the SEC have approved this type of exchange because of its innovative qualities, however, those opinions have been nullified due to the recent collapse and fraud with FTX and SBF. Cramer even points out that the investors and supporters of this need to be identified.

Investor, “Shark Tank” judge, and CNBC contributor, Kevin O’Leary, is one of those people who praise the innovation of crypto. However, it seems he hasn’t always had the same opinions, and with him losing nearly $9.7 million in tokens, he switched sides.

O’Leary made an agreement in August 2021 to be FTX spokesperson for about $15 million and even posted on LinkedIn that he “Finally solved [his] #compliance concerns with #cryptoassets.”

Today, he claims he lost $9.7 million in tokens from the collapse and still preaches about the potential of crypto. And of course, he would when he still made a profit of about $5.3 million while almost every other investor lost so much.

In earlier years, Kevin O’Leary called cryptocurrency “garbage” and said “In 2017, I was a public critic and skeptic of crypto and blockchain technology” in a 2019 CNBC interview, however, when the time came for him to protect his own money and reputation, he switched the script.

In the most recent CNBC interview, they grill O’Leary and poke holes in his story about losing money with the collapse of FTX. When watching the interview, one can get the overall sense FTX lined people’s pockets with so much money that due diligence wasn't necessary.

In this interview, the interviewers confront him about his losses due to FTX and how he didn’t lose any of his own money because he received the $15 million as a payment, rather than an investment. This is making FTX supporters skeptical of how much he actually cared about what was going on and it seems like his only true loss was his reputation.

FTX investors were sued because they believe the ambassadors should have been more aware of the fraudulent activities going on, but O’Leary continues to defend SBF in multiple interviews and has even said “If there’s ever a place not to get in trouble, it’s going to be at FTX” and that he is a big supporter of SBF “because he has two parents that are compliance lawyers.”

People think he is complicit in the crime that took place with FTX, and he continues to deny it.

In a recent Senate hearing, he encouraged using crypto, stating “I am only one of many investors that have experienced this loss. In fact, the recent collapse of crypto companies has a silver lining.”

He has his own silver lining here, which seems to be that rich investors, like himself, can gain from other people’s losses. Maybe this is why he decided he supports crypto, compared to his opinions a couple of years ago; He still gained almost $6 million.

This has led people to question O’Leary’s true intentions while he was the spokesperson of FTX. In the CNBC interview, O’Leary accredits his lack of due diligence to “group think” and often shifts responsibility to others.

It seems like with him gaining so much money from the collapse, his rebuttals are just any excuse to save himself from any culpability. He didn’t notice an $8 billion hole in the accounts, this seems very suspicious.  When asked about the relationship between Alameda and FTX, he says “At that time, Alameda was just another account in FTX, okay?” from there they confront him and explain he should have known because eventually, Alameda would represent close to 50% of the business on FTX.

If he was the spokesperson for FTX, how did he not notice any of this? What was he actually doing during the time? Was he turning a blind eye, or aiding in the fraud? These questions and more have all come into the discussion. I think he knew about it all.

People have been doubtful about Kevin O’Leary’s objectives, and with comments from him like “...in the long run, it does not change this industry’s promise. Enron came and went and had no impact on the energy markets. Bear Stearns and Lehman Brothers demise had no impact on the long-term potential of American debt and equity markets” one can see that this investor only cares about his share, and as the spokesperson, he most likely knew what was going on.

As consumers, feeling secure with putting your money somewhere is very important, and we can see that the fickleness of blockchain technology doesn’t always work. If people like SBF can scam people out of their money, and others like Kevin O’Leary downplay the situation, where does that leave cryptocurrencies' reliability?