Kings of the Land and the Sky 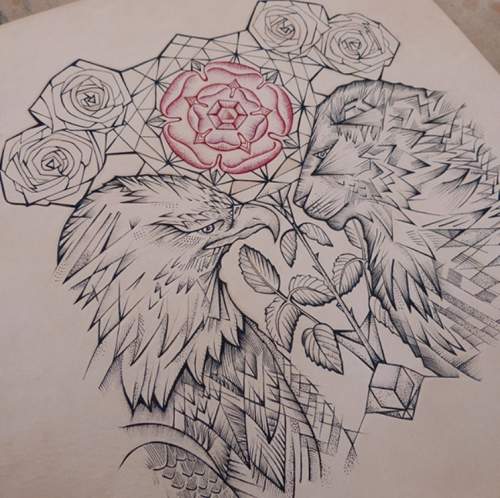 Since the Lion and the Eagle are kings in their own lives, we also regard them as kings. It has a kingly demeanour to it. The attitude is not reliant on how we react to someone with harsh words or 'enraged' eyes. It all depends on how high we set our standards and how courageously we face life. The majority of the Lion's and Eagle's characteristics were equivalent and similar.

King of the Land:

Lions are the second most common cat in the world. It weighs 500 pounds and can reach a length of 10 feet. A Lion's roar is unrivalled by any other animal. Its roar is one-of-a-kind and incredible. It can be heard from up to 5 kilometres away. It has a thunderous tone to it. It's their Pride's way of communicating with other lions. The leap of a lion can reach 36 feet. The Lion is the only cat that lives in groups. "Pride" refers to a group of lions.

Everyone believes that lions are ruthless hunters. But the truth is that while lions are not the best hunters, they eat a lot of flesh. The pride groups' hunters were the lionesses. The majority of their prey were larger and stronger than they were. Although lions are considered as "kings of the forest," they do not reside in them. They live only in grasslands and plains. Only grasslands and plains are suitable habitats for them. Several kings in England kept lions as part of their "royal menagerie" in the Tower of London. In the 13th century, animals served as emblems of power and curious items.

Lions are the symbol of strength. They are physically and mentally strong. We should all be aware of our skills, weaknesses, talents, and capabilities and strive hard to improve them. Change the weaknesses by striving hard and working on the strengths and talents to stand strong during the toughest battles. Build on your strengths. We will be able to bear enormous force and pressure if we know who we are. Lions are naturally born leaders. If there is no road, so do not be concerned. As a lion, charge ahead and carve a path. Like a lion, be strong and confident. Lions are one of a kind. It also corresponds to the human race. The world's population numbered in the billions. However, each person has a distinct fingerprint. Everyone is born with their personality. Do not conform to the opinions of others; instead, assert yourself and your abilities. Lions are never afraid to fight. Fight the toughest battles to attain your goal. Everything in the universe has a monetary worth. When you believe something is priceless and worthwhile. You will need to go out and fight like a lion for it. Endure pain and struggles of life. The danger of life can be waiting at any moment of our life. Be bold enough to face anything at any time. Take control of your life. While you should rely on your strengths, you should also work with a group of people who have greater skills and talents than you. To begin, we must acknowledge that they are more gifted than we are and be willing to learn from them. It is also crucial to be a part of the "Unity of Pride." When the moment comes, dare to raise your voice. Allow others to hear you. It makes no difference where you came from or where you are heading; your contribution and function are crucial.

King of the Sky:

We will constantly be surrounded by parrots, crows, sparrows, and little birds. Eagles, on the other hand, cannot be found in low places. They are generally found on the cliffs and tops of mountains. It is where they make their nests. It has a strong vision that can see its prey from 5 kilometres. The sharpened eyes were always compared with the eyes of an eagle. The majestic beauty of the eagles was their spread of long wings. Eagles are known for their domineering, strong-willed, independent, outspoken, competitive, and astute nature.

Eagles do not fly with other birds, which have narrow minds. Do not go and chit-chat around with narrow-minded people. Although an eagle does not make a lot of sound, parrots, and chickens do. They were dubbed "pretty and beautiful" because of their noises, but they couldn't fly as high as an Eagle and reach the sky. Be an Eagle and soar high; avoid congregating with chicks and parrots, who are narrow-minded. The individuals you associate with will shape who you become. Keep company with Eagles, those who share your lofty ideals. As an Eagle, stay focused on what you require. It would not look away from its target until it had caught it. Similarly, be laser-focused on what you require and tenacious in obtaining it. Don't get caught up in the challenges that come your way. When you don't give up like an Eagle, you will achieve your goals.

Eagles will not surrender to their prey’s size or strength. It always gives the best of its fight and be strong enough to face the prey. It will show its dominion over anything it chooses as its prey. Successful people are always fearless. Eagles love to fly in the storm without any fear. Often, an eagle does not soar in normal winds; instead, it flies in the wind that blows during a storm. Eagles stay for the storm winds, which lift them high into the sky, whereas other birds seek refuge from the harsh weather. When the wind blows, the Eagle extends its wings nonchalantly. The Eagle is lifted into the sky by the storm and glides through the sky. Similarly, wait for opportunities like an Eagle, be selective and sharpen your talents, and keep your eyes on the harsh winds. When the time is right, simply open the wings and float effortlessly through the sky. Hard work is ineffective compared to smart work. Achievers do not fear obstacles during a storm; instead, they glide through it and seize the chance. Eagles never eat dead meat. In other words, do not rely on your past successes. Be anxious about what your prey is and who did it. Eat the prey that you killed on your own. Do not rely on the assistance of others.

When an Eagle gives birth to its young, it provides the most pleasant environment for it. It constructs a comfortable home for its offspring using thorns, sticks, plants, and spongy materials. When the young ones are ready to fly, the mother Eagle will remove the spongy objects and plants first, leaving the thorns alone in the nest. This would make the young eagles uneasy, causing them to flee the nest. Come out from the comfortable zone like an Eagle. Do not stay in your comfort zone, and speak on what is not going well. You shall fly high only when you come out of your comfort zone. At the next stage, the Eagle would take the young ones on their back and fly to the peak of the mountain. When the young one sits joyfully on the back of its mother, all of a sudden, the mother Eagle- would drop the young one from its wings. The young one would scream as much as it can and could not find any help. When the young one was about to hit the ground, the mother Eagle would flight to the edge and take off its young one again on its back and fly to the cliff. This would go on for several days until one day- the little one would stretch its wings and fly without the mother's help. The Eagle's training is now complete. The Eagles had excellent trainers. Don't be content to ride on someone else's back; instead, be bold enough to extend your wings and fly high. We might not know when you will be thrown off their back. Although we should be united with others, we should not rely on them for our entire lives.

Eagles have the capability of giving birth to themselves again. When an Eagle grows old, it loses its eyesight and strength slowly. At that time, it retires to a place, far away from the mountains. It pulls its feathers from its body and breaks its beak and claws by poking on the rocks. This gives the eagle, extreme pain. It bleeds for days, but it stays with that pain. There it stays in the hiding place until his feathers, claws, and beaks are grown again. Then it comes out, flies higher than ever before. No matter how hard and painful the situation, let go of the things that are old and make us feel fatigued. Be bold enough to break off from things that make us outdated and grumpy. It may be painful and hurtful for some days, but be sure that you are no longer that same older person when you come out.

Stay in pain like an Eagle and fly high as never before.