Lady of the house in the pandemic 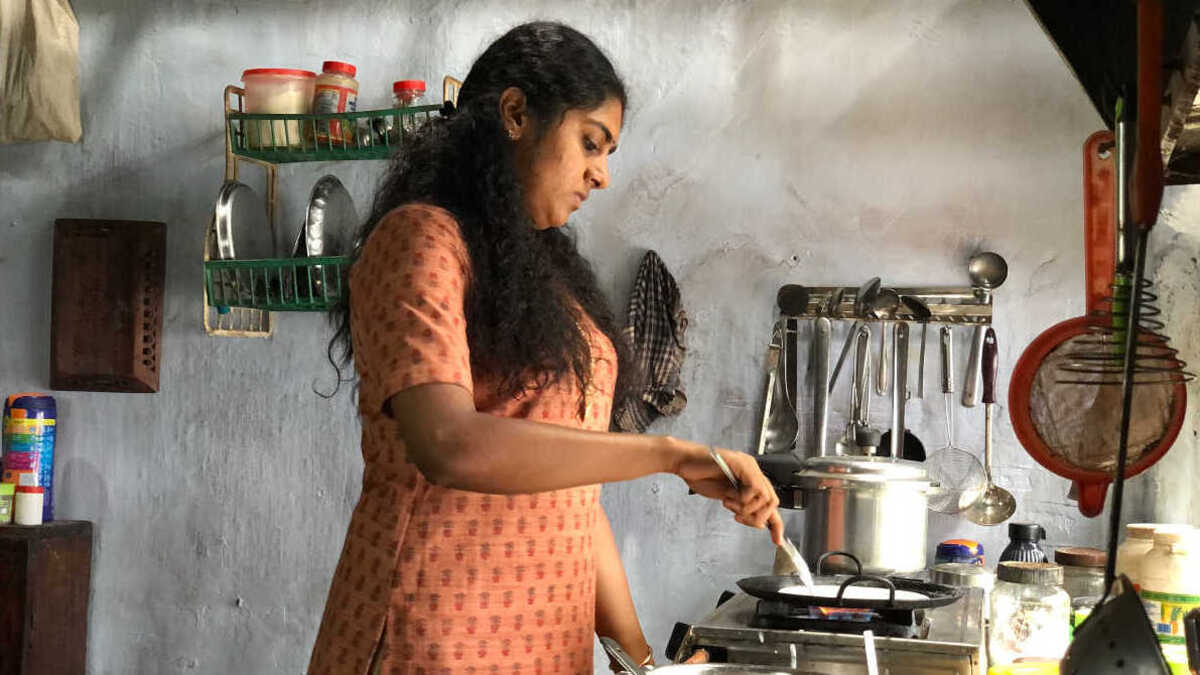 The pandemic has affected almost everyone’s life but there are a few people for whom the new normal did not make much difference because their everyday hustle was anyway overlooked. The homemaker or the person who made sure you had your favorite food during the lockdown was definitely one of those.

One thing common for most people right now is being hopeful. Hopeful of going back to schools, colleges, offices or to roam around insouciantly when things get better. The non-working women or housewives were pretty much locked down in their homes since forever and it is completely normal. What do they look forward to?

“There isn’t anything that has changed because of the pandemic in my life, it is as it was”, said Mrs. Chandani Sharma, a housewife who lives in Bhopal. We keep talking about the frontline workers, students missing out on their education, destitute migrant workers, street vendors striving to survive which is all completely reasonable given the distressing times we are living in. But let’s delve deeper into our homes, talk about the unacknowledged plight of the lady of the house.

The fact that a pandemic hasn’t affected Mrs. Sharma’s regular life, whereas staying at home is depressing for other members of the family states the perpetual mundaneness of her life. And although she said that the pandemic hasn’t changed things for her but she still went for her walks, visited the market, or attended family functions earlier – this very limited social life and escapes from the house was now snatched away and it all went unnoticed.

“We finally planned a trip to Leh Ladakh to celebrate our 25th wedding anniversary in May 2020. But only if I could actually go”, said Mrs. Sharma, when she was asked about what would have been different, had there not been a pandemic. The idea of a trip sounds like a privilege of course but it was the only thing she was excited about and the only chance to be away from her chores and normal life after all these years of being a housewife. We never know when will she have that chance again.

In a full house during the pandemic, her responsibilities only increased and she still tries to go beyond her limits to provide the best for her family. But only if someone caught sight of her added efforts to get the best of the groceries and make white sauce pasta at home. Only if it was not considered normal for her to do it all. Only if someone valued her efforts and contributed to it with the same alacrity.

People explored their hobbies and indulged in things of their interest which they otherwise couldn’t because of the busy schedule during the pre-corona times. But because things were not very different for Mrs. Sharma, she didn’t think of it even if she wanted to. Why couldn’t she use the pandemic as an excuse to not do things she usually did or to do something she has not done earlier? Didn’t she deserve an unprecedented pause?

Mrs. Sharma also told us that during the second wave she had a skin allergy problem but she avoided visiting a dermatologist because of the risk of being exposed to the virus. But during the same time, her mother-in-law fell sick and was admitted to the hospital. Her husband and other members of the family visited the hospital regularly. This added to her already existing household work and the mental trauma.

On being asked did the pandemic impact her mental and emotional well-being, she said, “Sometimes I get a strange feeling of being on my own, being alone for a while to be able to get rid of the stress. I never felt that earlier. I don’t know if it answers your question.” I think it pretty much did. Having suffered from anxiety, she could not even say it out loud because she never had the time and energy to think about her well-being even in a pandemic or rather, especially in a pandemic!

When there were contact numbers of therapists floating on social media, people like Mrs. Sharma could not even sit and analyse what they were going through, they were somehow limited to fulfilling their societal roles rather than being an individual, which in Mrs. Sharma’s case was that of a housewife.

Talking about her personal space and privacy Mrs. Sharma said that earlier when her husband and kids left for office and school/college when she was done with her chores, she would relax with a cup of tea and watch television. That was the only time of the day she spent with herself. Not that she disliked spending time with her family but for those few hours she was an individual when she could think of and even do a few offbeat things without the impending stress of taking care of other people’s needs.

Her social life remains pretty much the same. She now meets her neighbor more than before on her terrace on most evenings. She did not have kitty parties even before the pandemic so that’s not a problem. She keeps checking status updates to see how her distant family members are dealing with the pandemic. Well, technology has to come to her rescue, what else she got!

Finally, when she was asked what would she like to do after all this is over, she hopefully said, “I want to go on a trip. Visit my mother’s place.” And who wouldn’t want to step out? More than anything the pandemic has made Mrs. Sharma and other housewives realize how sheltered their lives were and how it’s not too late to change that. But what also needs to change is how society and their families look up to them. The least we can do is acknowledge their unpaid work and never-ending efforts. Encourage them to have a life outside the house.When we thanked Mrs. Sharma for her time and sharing the insights of her never-told story, she hesitantly said, “Chandani would be better.”