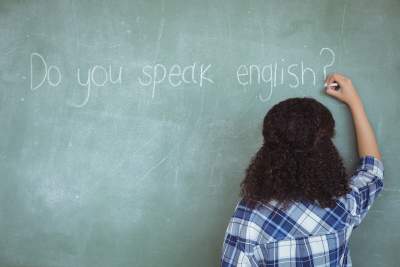 English is the most spoken language in the world. In 2021, 1.35 billion people worldwide spoke English as a native language or as a second language. This is slightly higher than the Mandarin Chinese speakers, and Hindi and Spanish speakers were in the third and fourth positions (Szmigiera, M. 2021).

This number seems quite a lot, but did you know there are approximately 7.8 billion people all over the world? Since English is used as a standard for business and communication, it may seem that almost all the people are speaking English these days, but only less than 20% of the population speak it. When it comes to the people who speak English as their first language, it is only 4.9% of the people. When it comes to the most spoken languages in the world as a second language, English is in the third position. There are more Mandarin Chinese and Spanish speakers as a first language (Susan, AS. 2021).

WHAT IS STANDARD ENGLISH?

So, when only less than 5% of the population speak English as their first language, what is “Standard English”? More than 80 countries use English as an official or special status language. There are many different varieties of English, using different grammar, pronunciation, vocabulary, and so on. Even within one country, different areas have different dialects and accents (Eline, L. 2020). Therefore, it is easy to say it is not so important to speak “Standard English” and it needed to be true, but there are some discriminations towards non-native English speakers based on some bias.

Another example is discrimination based on nationality. There are people who are born and grew up in America but have experienced being admired how fluent they speak English, because of their Asian face. As this example shows, discrimination is not always about being said negative things, but also being said positive things could make people feel being discriminated against.

Plus, according to BBC, British, American, and Australian English is more respected. While some European English speakers can be considered sophisticated or stylish, Africans or Middle Easterns may be viewed as challenging and unpleasant based on their accent and the perceptions of their nationality, sometimes unconsciously. This is becoming a bigger problem in this globalizing world as it is being more common for people to move to other countries, and second or third generations of them are growing up there.

Those fluency, appearances, and accents of English do never show their competence or their personality. However, because of these prejudices, people who are shamed or excluded because of their language skills, start to think that they are actually less intelligent. Lots of multilingual people say they are losing their confidence due to the way they are treated in English-first countries (BBC).

WHERE DO THESE PREJUDICES COME FROM?

According to Association For Psychological Science, prejudice does not come from ideology but comes from a deeper psychological need, which is the desire to make quick and firm decisions in order to reduce ambiguity. This need makes it more likely to generalize others. Once people have got the prejudiced idea, they stick to it and ignore other information. Moreover, people tend to view members of outside groups as being more homogenous than members of their own group (Kendra, C. 2022). This perception will promote establishing prejudice.

Another reason for prejudice is psychological sources. Prejudice can develop from a person’s feelings of insecurity and inferiority. Fear of diversity is one of the examples. The negative feelings like specious of others will seek authority to secure themselves (ENCYCLOPEDIA.COM). The preference towards native speakers may not only come from a non-native speaker but also come from a native speaker who feels insecure in this globalizing world. Since family, friends, and social groups affect how people think strongly, the tendency of anti-diversity could increase prejudice.

English was spread as Britain got power all over the world. And after Britain’s hegemony, according to Crystal, after the 1960s more than 60 to 70 new English-speaking countries were established around the world. British English now is a minority among English speakers. In the past, English was called “no use beyond British shores”, but after 400 years, now it has gotten the highest number of speakers. The tendency of growth of English speakers shows no sign of slowing down anytime soon though nothing lasts forever (Keira, L. 2014). There is still a possibility that another language will be a “standard” language. Plus, though English become a standard language, the “standard” is shifting from British English to American English. As more people speak English, it is no surprise if the “standard” English shifts to other countries’ English. Or there may be no “standard” English anymore in this world. There are such many insecurities in English standards.

Currently, like it or not, English is set up as a standard language in the world, and more and more people are learning and speaking English. As more people speak English, the prejudice towards English and non-native English speakers is becoming a bigger problem. That stops non-native English speakers to get the opportunities to get a job or promotions. That makes people get excluded from society and lose confidence. It is time to think about your behaviors or thoughts towards English itself and English speakers. Prejudice comes from the prompt decision, therefore, taking time to review your idea would be one of the good ways to avoid having prejudices. Plus, please remind yourself, prejudice is not only negative but also positive as well.

The Postives and Negative Sides of Swearing