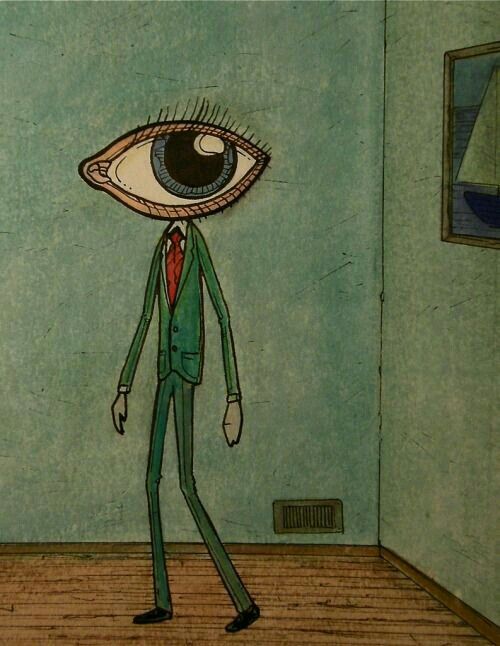 Life isn't something specific. neither it needs any explanation nor an introduction. it just begins and then loses simplicity residing within it and acquires intricacy. Intricacy is not always resembled with being abstract but many a time is misunderstood. Everyone has his vibration which adds "Prana" to this cosmos. Pranayama, which is controlling the Prana is also different for a diverse populace.

I can’t expect from you the complete belonging and can’t force you to read the entire article because I'm damn sure that, while reading this, you will receive pop-up notifications and you will leave this journey in the middle. Am I sounding like Mohan Rakesh and his play Halfway House? He was talking about the pursuit of an ideal mate which we never get just because we are full of subtle imperfections. Similarly, This is an attempt to seek your attention and attain perfection in it. By the way, doing is a more strenuous task than doing "Hath Yoga."

Everyone has become a producer, I'll not say creator because a source is required to produce things, which everyone does these days. The creator is someone who is the root of the creation. Social Media and the whirlpool of content have made us fluctuating beings. Dr. Dan Herman was the one who had that vision to see the biggest problem of the 21st century.  We are goons with lesser virtual and physical time.

If we scrutinize that 8-second survey, then we will understand this situation in a more immeasurable custom. A Survey of 2000 people in Canada was done and the cognitive activities of 112 people were examined by electroencephalograms. Results are just about decreasing concentration. Another research was done where 400 Secondary School English Teachers were questioned, out of which two-third of people said that pupils don't consider reading a "Cool" activity. Attention spans of children were more abbreviated like never before. 94% said the preference of the internet over reading is augmenting.

Research also has various angles, one amongst the may is,  parents must teach their students and boost them to explore reading extensively. Students are interested in venturing into the world of YouTube. People don't know Girish Karnad, Mohan Rakesh, Badal Sircar, P.L Deshpande, Bhasa, Kalidasa, Bhartendu Harishchandra, Fanishwarnath Renu, etc. but people have worn jackets just after watching Money Heist. People have started criticizing each other based on watching Friends, Narcos. What about the reading? People have stopped reading their textbooks then how will they get engaged in the "Shruti" section of scriptures? When will they read the Upanishads and Cantos of Bhagavatam?

Few reports suggest that 83% to 93% of boys get engaged in the Horror and Fantasy genre of novels. Osho used to say, Female, being an individual has her individuality breathing in the rejection. Female is the symbol of acceptance whereas Male is the symbol of Aggression. Male loves Fantasy because he loves to formulate it. This was the cognitive and somewhat philosophical perspective of the boy's choice.

In  this Post Covid Era, everything is termed as "New Normal." The Exact new normal root of this problem is infinite information floating in the waves of the intellectual ocean. We just have 24 hours to travel daily in this blend of physical and virtual worlds. But the world consists of winds that can't be controlled and can neither be felt to the maximum extent. We can aspire for something but in a limited way. This perpetual and ongoing conflict between Limited US & Limitless Cosmos is the cause of these consequences due to lack of concentration. Crystals of concentration must start competing with each other for acquiring more information.

FOMO is personal and that's why a universal phenomenon that gets caused due to anxiety of lacking behind in this world of mad horses. Fear Of Missing Out is the supreme concern. Notifications have created and devised our mind in such a way that, we keep preliminarily doing things. We are not fully equipped with Knowledge and We are not virtually illiterate. We are just clinging to a tree named 'Up to Date.' The Netflix documentary that talks about another cause of this issue, "The Social Dilemma" is all about the creation of Social Platforms that destroyed our True and Real Identity. We all have a two-faced identity.

Philosophy said Cosmos is the mixture of Spiritual and Material worlds. The material world is also known as Illusion or Maaya. We have started creating a dream within a dream or so to say, Illusion within an illusion just like the "Inception" of Christopher Nolan. We are getting stuck at a gross level in this smoke of illusion full of information and sometimes misinformation.

Hashtags on Twitter can instigate communities and trigger sentiments of people but when we go through the research related to this then we understand that Hashtags remain in the top 50 for just 11.9 hours in 2016 which earlier was, 17.5 hours. Being a pluralist, it is my faithfulness to cite plural reports. Movie Ticket Revenues of last 40 years, A century of Google Books, Data of Google Trends from 2010 to 2018, Reddit Trends of almost five years, and the attention report of Wikipedia. Dr. Philipp Hövel, an applied mathematics professor of UCC in Ireland highlighted, That the researchers built an analytical guide of three factors, Topic's Hotness, Progression of that facet in that particular dimension. Content is progressing but we are the same, said Philipp Lorenz-Spreen of Max Planck Institute for Human Development.

After connecting the first dot of attraction with various aspects now, let's quickly jump to the next dot. I'm running short of time because this is the 5th second and just 3 seconds are remaining for you to shift from here to the next incomplete and vague world. Another counterpoint to this Microsoft research is the investigation done by BBC. It claimed that the Statistical Brain appears to be dependable and even said that they love numbers, their immaculateness, and their representation, etc. BBC alleged that the sources used to prove the debasement of Timespan are immensely absurd.

At the beginning of this destruction process that is the arrival and arising of the WWW phenomenon, a cartoon became popular and showcased a dog discussing the identity which doesn't get disclosed till the end. We were social animals before the entry of the Internet in our lives but now we have become virtual monsters with incomplete and premature intellect.

Just undergo a rapid-fire round with yourself and examine your anxiety about certain issues, are you affected after listening to the news about the burial of 250 children in Canada? Do you cry when you hear about the demises of people in Bomb explosions? Do public discourse and selective liberalism disturb you? Why can’t you speak up against the suppressors? Why do you vote out of formality? Take your time but don’t switch yourself, we are about to connect other dots.

We have suffered from Premature intellect but we also suffer from Premature Ejaculation at a broad level. 3 out of 5 Men don't last long even in Beds. Humans have been gifted with this ugly feeling of guilt that comes after reaching the climax. Sex is a basic necessity inside four walls of endless desires but becomes taboo if crosses those walls. It is the origin of life but due to attaining the supreme point as instantly as possible, Humans have slaughtered it as well.

The third dot is of Life span. Hybridization has entrenched its roots in our lives and has made us the victim of death. How can we connect these three dots and solve this puzzle of span? The dot of attention manages intellectual instability. Sex is the physical perspective that took birth out of curiosity. Life is a whole and becomes complete when these two dots get assimilated in it. Span is fading just like a ghost & we aren’t afraid of this ghost and rather are frightened of missing out.

The key to solve Span Puzzle is in your hands, so think again and solve it.