Looming Question Mark Over the Fate of OTT Platforms 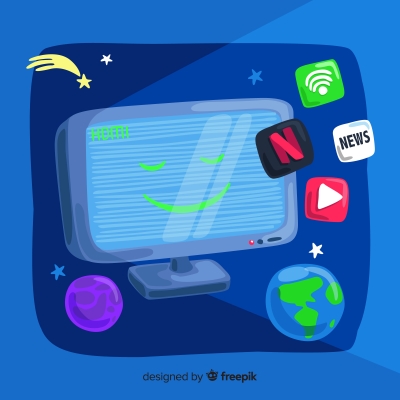 It needs no introduction that the post-coronavirus outbreak life has limited us within the four walls of our abodes. And to break this monotonous and mundane cycle, came Over The Top (OTT) platforms like Netflix, Amazon Prime, Disney + Hotstar and Alt Balaji as a savior to help us break through the cycle of boredom. What followed was a boom of OTT platform users in India where as high as a 30% jump was observed in the number of paid of subscribers a couple of months into the pandemic.

However, excess of anything is considered harmful. So in this case, the hip-urban culture of “binge watching” has transfixed us in front of our mobile and laptop screens. And it has somehow brought about a wave of solo voyeurism replacing the old-school communal watching. This has ultimately led to as many would say not only endangerment the family culture but also corruption of the widely unregulated and thus, obscene content that can have a toll on the uncorrupted minds of the nation’s youth.

For unlike TV News Channels and films with theatrical releases which come under the jurisdiction of News Broadcasters Association (NBA) and Central Board of Film Certification (CBFC) respectively, OTT platforms are rather self-regulated. Therefore, as a preserver of the traditional "Indian family values", the Union Government last year, took it upon itself to bring out a set of rules for regulation of the content showcased on these platforms. Through these laws, OTT-platforms will come under the ambit of the Ministry of Information and Broadcasting and the government vows to regulation of use and abuse of online content. Under this, companies are expected to remove any prohibited content within 36 hours of receiving a notice from them.

This puts a major question mark on the artistic license for it limits the creative range of the makers by levying strict regulations. By censoring the content, it clearly hampers the freedom of speech and expression and culture export that the entertainment industry is quite known about. Indie movies are known for addressing the socio-political issues that can empower the young minds but are seldom picked up by mainstream media and TV. Example: Shows like Delhi Crime and Special Ops have been lauded for portraying the brutal reality.

The online space in the past decade has become a free space for channeling creative ideas and a mean of constructive criticism. Tools like satire and irony are creatively incorporated in content to convey a subtle message to the common folk at times, when the mainstream media are basically an army of yes-men to the people in power. After all, cinema is a medium of art and thus, filmmakers should be given the much needed space to speak their mind just like their contemporary painters and musicians.

As far as the complaints about excessive violence and sexual content goes then, at the end of the day it all boils down to what we chose to see. For in today’s world, something or other ultimately pops up in due time that is problematic to a portion of the society. But again to tackle this, OTT platforms can bring out advanced warnings and parental control that can guide people through the sea of information. After all, we cannot let a major medium of voxpop reduce to yet another pawn to the influential