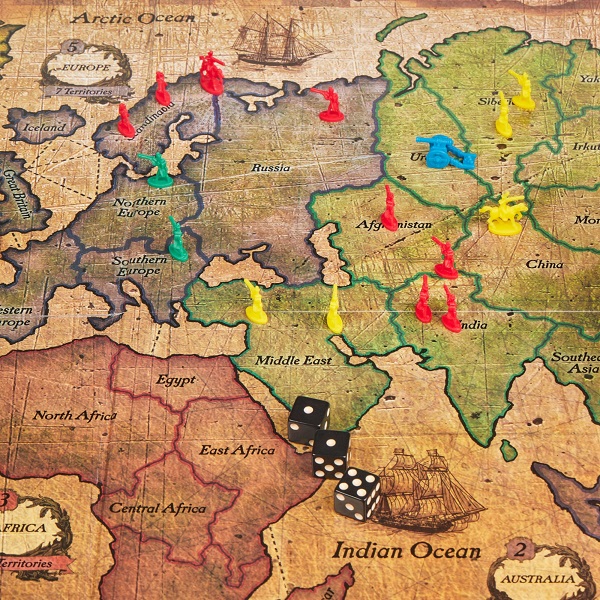 War is something humans have waged for millennia. We have fought over plenty of things as time went on: territory, resources, symbols, matters both pragmatic and of principle. Change comes to all, and as far as humanity is concerned it has been far bloodier than we would like to admit.

Around 40 BC Octavian (September, 23th, 63 BC - August, 19th, 14 AD), the man who would go on to become emperor Augustus, moved against the city of Perugia and proceeded to siege it as retaliation against the Etruscan nobles who sheltered a few allies of Mark Anthony. The civil war was waging after the death of Julius Caesar, and the whole city of Perugia was passed to the torch while just a few people pulled strings and moved armies to gain the upper hand in the conflict. The oligarchs managing Perugia chose the wrong side of the chessboard, and many lives ended as a consequence.

Around the end of the 18th Century Napoleon (August, 15th, 1769 – May, 5th, 1821) failed to subjugate Russia and was pushed back into central Europe. Just a few years later, with his armies defeated at Waterloo, he was sent into exile on the island of St Helena where he would die a few years later. What followed was the restoration of Europe as it was before the French Revolution, a way to cancel out every bit of revolution and place back on their thrones the dynasties that ruled beforehand.

Even such endeavor had a very short life, though: 1848 marked the beginning of a new revolutionary wave in Europe, with national communities trying to thicken themselves into states. Italy and Germany were at the forefront, conflict raced after conflict and people who stood side by side just a few short years prior found themselves on the opposite sides of battlefields around the continent.

Fast forward just a few more decades and Europe at large was torn asunder by war, mangled and rebuilt in the image of trenches and defensive lines while armies marched once again while terrible weapons were deployed and new technologies were implemented for the first time in human history. It ended with Fat Man and Little Boy being launched against Japan by the USA in August 1945. It had been a war o a scale never before seen, and the scars it left are fresh even after the better part of a century. Even though those times were supposed to be the end of the war as a concept, the idea of “a war to end all wars” was quickly dismissed: the Cold War managed to begin the cycle anew, and even at its conclusion humanity kept waging wars.

Throughout the centuries, we traversed, moving from conflict to conflict, and alliances shifted. Today’s allies became tomorrow’s enemies: those who were lauded as paragons of virtue while sharing a battlefield alongside us (whoever that “us” may signify) became barbarians when we found ourselves on the opposite side of the chessboard. This situation has been deemed relevant in various mediums, and touched upon (like many other themes linked to war and conflict) in one of the various videogame titles penned by Hideo Kojima (August, 24th, 1963): “Metal Gear Solid 3 - Snake Eater” (published by Konami in 2004). While talking to the protagonist Naked Snake his mentor, The Boss, states: “Is there such thing as an absolute timeless enemy? There is no such thing and never has been. And the reason is that our enemies are human beings like us. They can only be our enemies in relative terms”.

The focus of the exchange in the video game is that whatever enemies one may have to fight here and now, they are a product of the times and as such subjected to change: in alliances, in political standing, through time all these things shift. Politicians define agendas and objectives, and times see them come and go. The point of being a soldier, as opposed to someone wielding a weapon, is that the former is backed up by loyalty to the mission and nothing else: not the government, not a political party, not even an ideal since all these aspects change and shift as time passes.

Humanity has come a long way so far, and the war continues to accompany us along our journey as a species. It is unlikely that we will get rid of it anytime soon; as such, we will likely have to keep tackling the matters of ever-shifting alliances. In recent times, this aspect of the theatre of war has come to the forefront more and more often, especially in the European informational mainstream. There have been a question raised about how could it have come to pass: how was it possible for a continent built upon the idea of democracy to ally itself with such parties? How could it be that people that have experienced the horrors war has to offer so vividly just a few decades back align themselves with governments that today visit those same horrors on others?

Those are not easy questions to answer. Specific times and specific objectives have made it necessary to align with particular characters that are especially disliked by whoever has to ally with them (and for whatever reason): alliances motivated by convenience are a staple of human history, and this is unlikely to change anytime soon. USA and USSR had to align to effectively contrast fascists during World War Two, after all, and before and after history is ripe with examples of uneasy truces, unsteady coalitions, or breaches of trust. The most recent case would be the war engulfing Ukraine, though even just going back a few even (not even decades) we can have examples aplenty of the so-called necessity to switch sides. And yet, justifications such as these will only ever get us so far.

What can be done is to hold ourselves accountable and to look for a higher standard: to recognize that there were (and there are, and likely there will be) times when it is necessary to put aside our differences, of course, and yet our actions define us even more than the objectives we wish to reach. What can be done is keep digging to grasp at whatever motivations there are behind alliances and avoid being content with simply accepting that the allies of today are simply the enemies of tomorrow (or yesterday, in some cases). It is not an easy task to accomplish, and it requires collective and continuous effort: the world is a complex place and a lot of things go on and pass us by every day, and yet there is merit in researching better angles to understand and look at phenomena. There is richness in the multiplicity of perspectives that observe even just a simple thing, and to look for a different path (even if it will prove worse than the one we already had at our disposal) is likely to never be a waste.