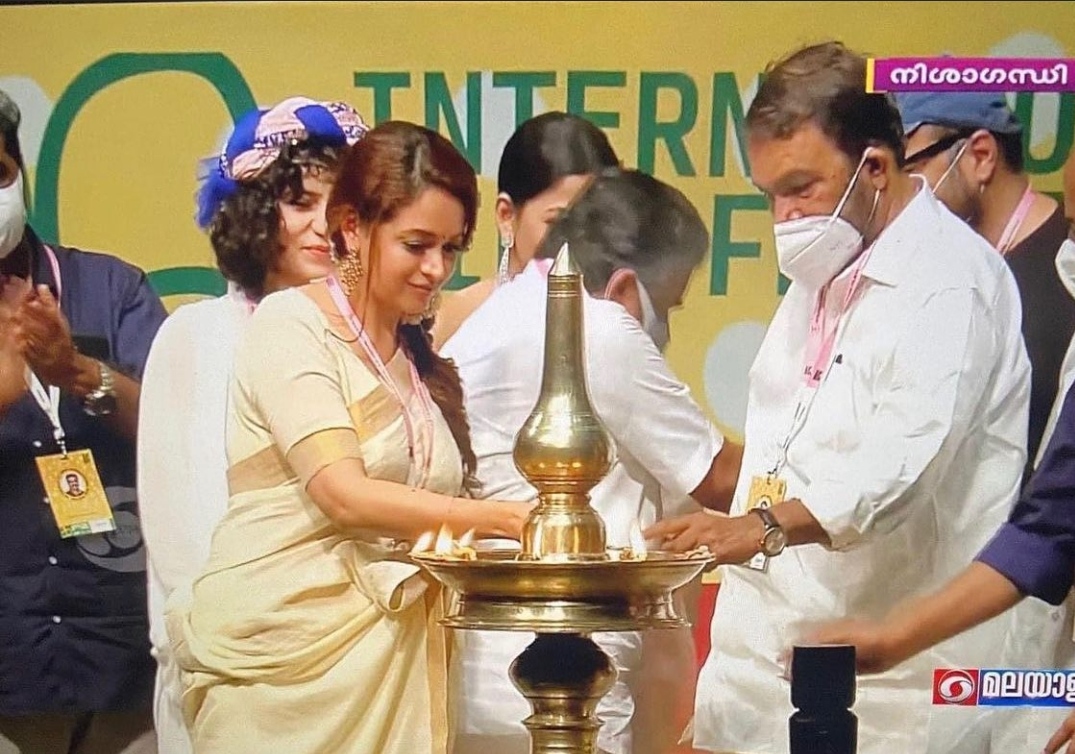 Gender has always been a point of discussion in Malayalam films and the Malayalam film industry. It is both considerable and scary that it is only now that the industry has started to talk about it.

Malayalam films have had many ‘super-hit films’ starring male heroes. Female-centric films were either not made or not accepted. Recently, in an interview, actor Navya Nair said that there was not even a single woman on the sets of the film Nandanam who could help her wear a saree. Malayalam PK Rosy, the first ‘female Dalit’ actor, was forced to flee since she acted the role of a higher caste woman.

Despite the female-centric films with a female voice coming up these days, gender pay is still a concern in the Malayalam film industry. Movies like 22 Female Kottayam, Freedom Fight, Stand Up, How Old Are you, and C/o Saira Banu shocked the Malayali audience with their strong-voiced female characters.

In 2017, actor Bhavana alleged that she was abducted and sexually assaulted in a moving car in Nedumbassery, a suburb of Kochi. Association of Malayalam Movie Artists (AMMA) had a public meeting in front of the camera and expressed their full support for the actor. Later, when the primary accused turned out to be an actor, the voices that supported the female actor were reduced to the singular voice of Bhavana. When Kerala police arrested actor Dileep, several prominent industry actors visited him in jail.

AMMA’s initial solidarity with Bhavana disappeared when the culprit came to be Dileep. The dominant male voice of the organization took no disciplinary action against Dileep. Since the crime was too ‘small’ for slow actions, the organization expressed its silent support to actor Dileep by not taking any sudden action against him. Expressing solidarity with Bhavana and as a protest to the decision of AMMA, actors Rima Kallingal, Geetu Mohandas, Remya Nambeesan, and Bhavana resigned from the organization. Bhavana, in a post, said, 'In the past when this star had thwarted to keep me away from films by denying opportunities to me, I did approach the organisation, but no action came up. And now when I have gone through very tough times, the organisation appears to be protective of this person and hence I feel there is no point in being a member of this organisation.'

Later, actor Parvathy Thiruvoth also resigned from the association, protesting against a comment made by the general secretary of AMMA, Edavela Babu. During a media interview, Babu got asked if AMMA planned to cast actor Bhavana in a film produced by the organisation, to which he replied, 'She is not in AMMA anymore. We cannot bring back the dead.' She posted on Facebook that 'In 2018, when my friends resigned from AMMA, I stayed back thinking at least a few should continue to work within a broken system and help repair it. But after watching [the] AMMA general secretary speak, I have abandoned all hope that anything will ever change within this association.'

Several Me-Too movement complaints were alleged against actors in the industry. Several male actors who were falsely accused of sexual harassment during the Me-Too movement are still being offered roles and working. Bhavana and her female friends who stayed by her side said they had fewer opportunities back then.

Actor, Prithviraj, one of the actors who initially expressed solidarity with Bhavana, has done two mega-hit movies with actor Mohanlal, the then president of AMMA. A Mohanlal fan can turn down this accusation stating that the decisions were not of him but of an organization. Even if this is the case, he is the most powerful actor in the organization and the then president of the organization. The organization’s decision is undoubtedly his as well. The actor’s linguistic expressions while addressing female actors during an interview were also highly criticized.

Malayalam cinema continues to advertise toxicity and abuse. In films such as Lucifer, a woman must approach her heroic 'elder' brother to deal with her abusive husband, and Ayyappanum Koshiyum, in which Koshi (as played by Prithviraj) slaps his wife for not supporting him.

In January, Bhavana, who chose to keep her name and face out of the case in media reports, revealed her identity through an Instagram post. Her decision holds a voice of protest in a society where the shame of assault is on the survivor. Reiterating a trauma at various platforms is also traumatic. Bhavana, like several other survivors, was asked to provide evidence to prove what had happened to her.

On the bright side, actor Bhavana has announced her comeback to Malayalam cinema after five years. She was a special guest at the opening ceremony of the International Film Festival of Kerala (IFFK) which began in Thiruvananthapuram on Friday, March 18. Director Ranjit welcomed Bhavana and described her as the 'female symbol of struggle.' The standing ovation she received was of hopeful guilt. The time taken for such an ovation was five years.

Organizations like Women in Cinema Collective (WCC) are necessary to stand with every woman raising their voice and fighting the lone battle against robust patriarchal structures.

The discussion does not end here. At least cinema and likewise spaces of expression should have collectives to support and raise the voice of all minorities, not only women. Else the big fish of majoritarianism will engulf the entire concept and space of expression, which will lead to historical amnesia, as Milan Kundera puts it. He says, 'The struggle of man against power is the struggle of memory against forgetting.'

The space of art should always be a space of freedom. The beauty of any art is colourless if the paintings are within a defined boundary. To ensure deeper and brighter colours of different gender, caste, religion, and beliefs, organizations like WCC must come into existence.