Mathematics : Beneath and Beyond 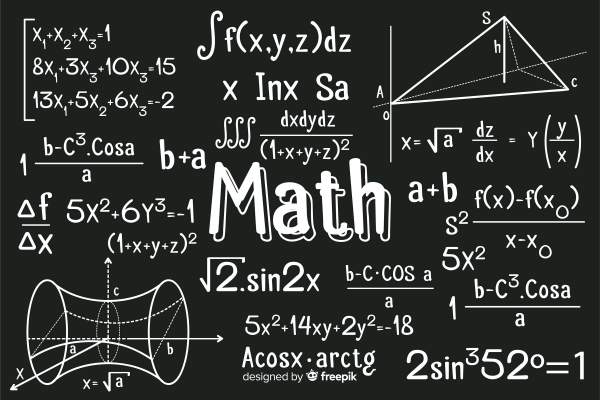 "Calculated to backfire: Maths and physics can't be optional for engineering entrance.The AICTE decision reflects misplaced concept of flexibility and deals a heavy blow to the engineering education system."   - The Indian Express (dated - 26/03/21)

One of the many key changes under the National Education Policy 2020 states that physics and mathematics will no longer be compulsory subjects in senior secondary classes for entry to engineering and other technical education programmes. While this decision has evoked feelings of relief and joy in a varied section of engineering aspirants, it only seems fair to explore and consider the other side of this conversation.

"The provision of multiple choices of courses in the NEP has been perversely interpreted to mean and include core subjects like physics, mathematics, chemistry and other sciences, whereas it was only to be within electives — a complete misplaced concept of flexibility. A section of students may benefit from this but for the country as a whole it could prove to be the proverbial Trojan horse."  - The Indian Express (dated - 26/03/21)

The controversial move of making physics and mathematics optional in class Xth and XIIth has come under strong scrutiny from academicians who believe the basic understanding of the fundamentals of mathematics and physics to be the foundation for all engineering and technical degrees. This decision has also sparked a long-awaited conversation on the importance and relevance of subjects like mathematics and physics as not just compulsion forced down students' throats but actual tools of learning and practical application. It is quite disappointing to see a core subject such as mathematics get a bad reputation because of the broken education system and it feels crucial to understand the importance of mathematics in the modern day and age.

A subject well known for igniting flames of fear and despair in the young minds of numerous individuals walking the planet, mathematics has always been one of the most precise and basic forms of understanding the fundamentals of anything ranging from the microscopic realms of quantum mechanics to the nature of reality and the universe. However, its true beauty lies in its undervalued use in everyday life. From simply counting objects or paying bills to measuring ingredients while cooking, a world without mathematics seems impossible to envision.

The origin of mathematics dates back to the ancient Sumerians, who laid the foundation of the earliest civilization in Mesopotamia (3000 BC). Ancient Mesopotamian units of measurement were used to establish a common understanding of units, crucial in linking human activities. Mathematics was an essential component in weaving the socio-cultural fabric that not only made the ancient civilizations efficient but also gave them a distinct dialect to understand and effectively apply to their surroundings. Slowly and gradually, the classical age of Indian mathematics and astronomy took over and ancient academics like Aryabhatta, Varahamihira, Bhaskaracharya and Brahmagupta made monumental contributions by introducing the concepts of the decimal number system, trigonometry and zero. Mathematics spoke to these renowned individuals and helped them in understanding the world a little better, by inspiring them to go beyond the realms of social and economic divisions created by mankind. one of the main reasons for it being, the uniform nature of mathematics. The universality of mathematics is such that it is free of interpretations and has the same meaning in any part of the world at any point of time. Composed of numbers, variables, symbols, theorems etc., mathematics transcends cultural and social connotations while constantly underpinning life as we know it.

"There is geometry in the humming of the strings, there is music in the spacing of the spheres."   - Pythagoras

Mathematics has been described as an art motivated by beauty. Artists have been using mathematics for enhancing their art in numerous ways. The most visual being, the use of geometrical symmetry and scale appreciations. Painters and sculptors use acute measurements of size, ratio and proportion to achieve realistic and flawless creations. Architects bring their dream visions to life in three dimensions by applying the laws of trigonometry, algebra and geometry. Even musicians use math to explore rhythm, pitch and frequency of notes in a new light. Philosophy shares a special correlation with math as well. While mathematics relies heavily upon the logical principles of inference and reasoning, the mathematical branch of philosophy aims to understand the nature and methods of mathematics, and find out the place of mathematics in people's lives.

From deriving the laws of work, energy, motion and gravitation to measuring the distance between two stars, math plays a crucial role in science as well. It acts as an analytical tool applied to experimental data with the hope of generating a formula that describes some basic tendency of nature and is used with existing theories to deduce an unknown quantity. The use of graphic representation of demographics, trade cycles, inflation/deflation and credit/debit process are some of the many mathematical tools used and applied in economics with proficiency. Mathematical models are used in various forms to simplify the problems in geography as well. Statistical techniques, such as trend surface analysis, factor analysis, cluster analysis and multiple discriminant analysis are applied to the description and analysis of the data of regional geography.

We live in an ordered universe that is subject to precise mathematical laws, that make our lives systematic and prevents chaos. It develops a deep-rooted habit of reasoning, effective communication, critical thinking and improves our problem-solving skills too.

Mathematics has enabled the human race to reach moon and back; detect undetectable particles; come up with a geometric theory of gravitation; understand the beginning of the universe, its multidimensional nature, rate of expansion, the fabric of space-time and so on. Mathematics gives us a way to understand patterns, to quantify relationships, and to predict the future. Math helps us understand the world — and we use the world to understand math. And while its necessity cannot be ignored with respect to technical fields of study like engineering, it is mathematics' glory that needs to be promoted more thoughtfully.

"Pure mathematics is, in its way, the poetry of logical ideas." - Albert Einstein

In any Engineering field mathematics and physics are always key. To those who are already excited about this and takes it as a free opportunity to the engineering related courses should ask themselves if they can really survive without the two, if they can well and good on their side if not then the whole matter should be looked into again and this time more keenly. As the article states mathematics is like life, it's engagement and application is almost in everything we do if not all. Great piece .

Indian students: Parent's Will VS Student's Will