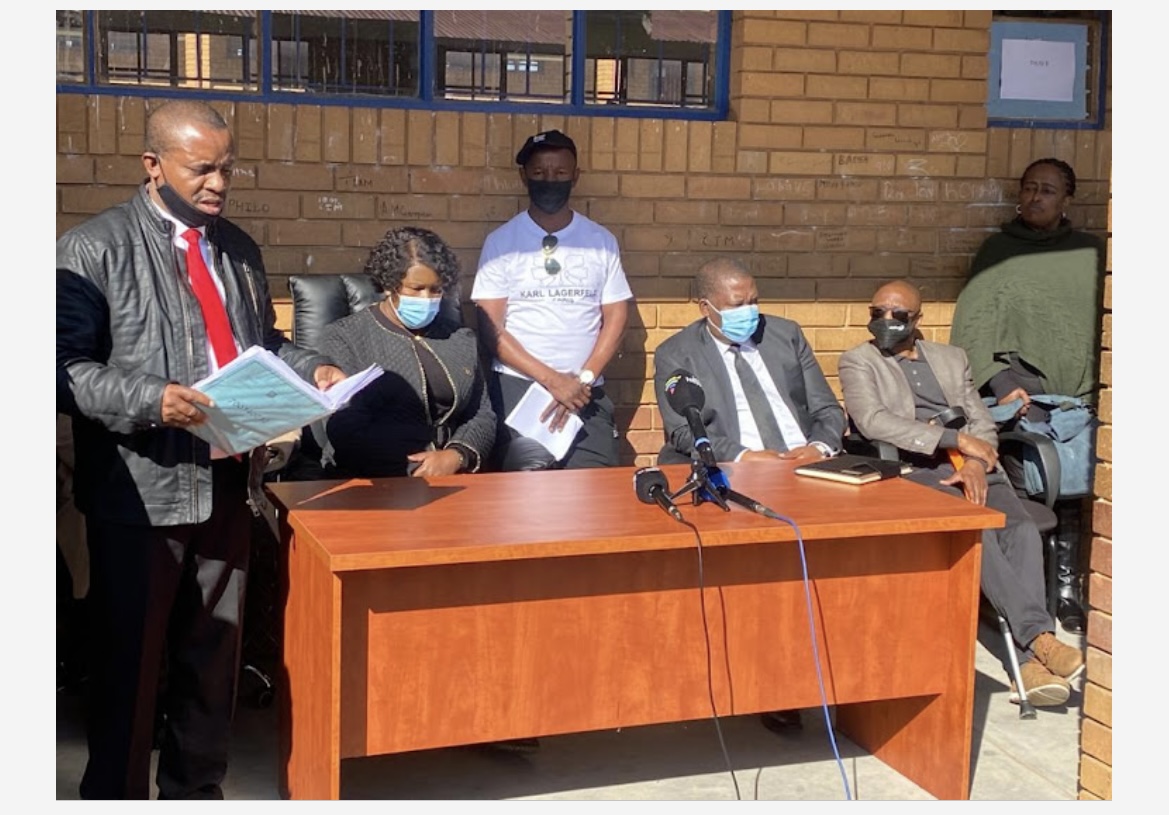 Fundamentally, law is a crucial tool for structuring a society. This is to keep peace and order in the society. The essential principles of a society are written into its laws. This is evident in the case study focused on, where a father allegedly poisoned his children. Societies can roughly be categorized as democratic, oligarchy, or autocratic. Which gives people rights to do whatever they want.

Media outlets have been found at fault on how they covered the story of the man who is accused of allegedly poisoned his kids and how the reporting has affected the children who are still alive. The father allegedly ate the poison, gave it to the family dog, and his five children by giving them poisoned energy drinks to drink.

George Kalu of Media Monitoring Africa calls attention to how the media appears to have failed to use an ethical lens by compromising the privacy of the children.Which is in violation with their right to privacy. According to section 14 (A) to (D).

It is obvious that the media had a responsibility to cover this event while also shielding the two surviving kids from unwarranted suffering as a result of the public knowledge of the incident. Some of South Africa's most reputable media outlets misreported the story. Some media outlets believed it was acceptable to name and identify both the deceased children and the living children.

The two surviving children’s privacy was invaded and they also have to live with the trauma they have faced publicly, therefore it is obvious that everything was written in the interest of the publisher at the expense of the victims. One can question what the reporters are contemplating? Given how  this situation is traumatic, it is surprising that a lot of ting are disregarded this includes the  ethical framework.

There is no news value in publicly showing pictures of the family or victims, even if they are the ones left after the tragedy. Viewers do not need to see a picture of a minor to get to know what transpired. All this can be done without violating minors rights.

Examples of reports that breached the children involved's right to privacy include the following,the two children who survived were indirectly identified by Media24's publication of the names and photos of the three youngsters who perished.

In the past, all of the mentioned media outlets have demonstrated exceptional reporting on incidents involving violence against children, presenting such stories with tact, consideration, and due consideration for the interests of the affected children.

The surviving children should be considered by the media since they might be prospective witnesses in ongoing criminal procedures. No person shall publish in any manner whenever any information which reveals or may reveal the identity of an accused under the age of 18 years, or of a victim or of a witness at criminal proceedings who is under the age of 18 years, as stated in Section 154(3) of the Criminal Procedure Act, which was decided upon by the Supreme Court of Appeal in the case Mary Centre for Child Law v. Media 24 Limited & others in 2018.

According to the editorial guidelines of the SABC, the broadcaster has a responsibility to preserve the Bill of Rights and to respect people's privacy and dignity. Because of this, and at all times, SABC journalists and all news personnel should respect people's right to privacy and refrain from invading it unless absolutely necessary and in the public interest.

Aside from the child's best interests, it is still unclear why the media disobeyed the law if following their own editorial guidelines or the Press Code was voluntary. The surviving children should be considered by the media since they might be prospective witnesses in ongoing criminal procedures.

According to section (3) of the POPIA act the victims have a right to object what the media houses have publish hence it states that: unless otherwise permitted by law, a data subject may object at any time to the processing of his or her personal information for purposes of direct marketing other than direct marketing through the use of unsolicited electronic communications as described in section 69, or for the purposes of subsection (1)(d) to (f) in the prescribed manner.

We want our media to continue covering this particular unfolding story because it is crucial, but we ask them to do it with tact and respect. For instance, when eNCA broke the story on May 27, 2022, it didn't directly or indirectly identify the surviving children, violating their right to privacy. In some of their other reports, the same may be said about Daily Sun and EWN.

Additionally, the identities of the children may have been masked in media that featured images of the kids, and in some circumstances, the mother's name should have been kept a secret. Alternatively, the story could have been told without any images of the family, and it would still have been interesting.

Lastly, everyone has an opinion, but not everyone has the skills or background to truly participate to a discussion. We expect that from people. By sharing your knowledge and ideas on the stories they publish, you can help others learn. This can not be done if people violet other people’s right through media.

Gen Z Will Face the Biggest Struggle with Ageism