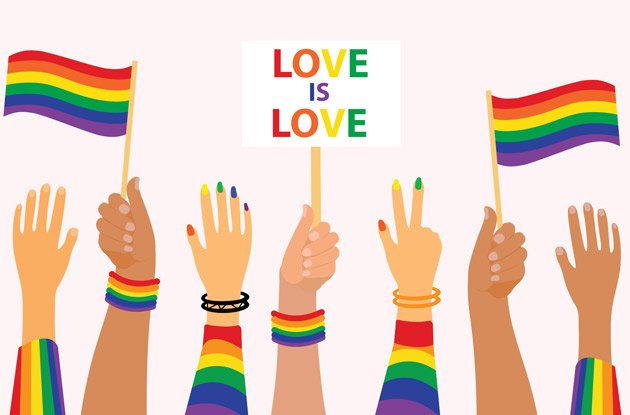 For very long time homosexuals have been subjected to discrimination, stereotyping,prejudice, and hatred. They have been treated very harshly and this is particularly true in the Indian context. One of the ways of stereotyping was medicalising homosexuality and coming up with therapies and treatments in order to ‘cure’ it.

This article aims at studying a particular medical treatment called the – ‘reparative therapy’, which intends to cure homosexuality, and problematize its ideological framework.India is known for being very conservative, and when it comes to sexuality, also very rudimentary. For the longest time, there were very rare mentions of differing from the binary social structure, let alone acceptance of it. In the Indian society, for decades it was a taboo to identify oneself with the community which we now know as the LGBTQ+. Homosexuality can be loosely described as the quality or characteristic of being sexually attracted solely to people of one's own sex. They tend to develop romantic feeling for people of the same sex or gender. Homosexuality is in other words an individual’s sexual orientation.

On the other hand, the LGBTQ+ is a community. LGBTQ is actually an acronym which stands for Lesbian, Gay, Bi-sexual, Transgender and Queer respectively. Those who categorise themselves as a part of this community generally do not identify with the classifications regarding the sexual orientation which has been normalised by the society. They all have different romantic or sexual preferences, for instance gays and lesbians are people who are attracted to people who are or the same sex or gender while Bisexuals are people who are sexually attracted not exclusively to people of one particular gender; attracted to both men and women.Even though it is not a new concept or idea, homosexuality is a topic which was not very openly spoken or written about until recently, which is why we don’t find a lot about it in our past writings. In ancient Indian scriptures and sculptures, though, there are instance which have mention or a hint of homosexuality.

Pattanaik says that there are three sources to find out if homosexuality was practiced in ancient India. These are namely, sculptures on temple walls, holy narratives and ancient books such as Manusmriti. One major reason behind Indian society not having accepted homosexuality was the section 377 of the Indian Penal Court, according to which “Section 377: Unnatural offences – Whoever voluntarily has carnal intercourse against the order of nature with any man, woman or animal shall be punished with imprisonment for life, or with imprisonment of either description for a term which may extend to 10 years, and shall be liable to fine. Explanation – Penetration is sufficient to constitute the carnal intercourse necessary to the offence described in this section.”

This law was imposed over the sub-continent in the year 1860 by the British colonisers in an attempt to spread the ‘Victorian Values.’ At that point of time a lot of countries were under the rule of Britain and the empire imposed its own beliefs and lifestyle upon its subjects. The Victorian values and morality where basic etiquettes that were to be followed by everyone in Britain, and those living in the colonies ruled by Britain. These Values tried to incorporate and uphold the biblical beliefs and way of living. The Bible had a very firm judgment about sex. It frowned up on prostitution, adultery, premarital sex for women, and homosexuality. Just as homosexuality is not a new concept and the fact that mainstream society has not accepted it does not come to us as something new. People have always looked at homosexuality as a problem or an issue. There have been various ways that people have tried to either control this or curb it.

One way to do so was to blow away the idea of homosexuality as an immature stupid decision. People would claim that one would grow out of it as time passes. For the longest time homosexuality was considered a mental health issue both in the Diagnostic and Statistical Manual of Mental Disorders (DSM) and the International Classification of Diseases (ICD). Medicalisation can be understood as a process through which certain human conditions and behaviour patterns get labelled as medical conditions and become the subject of medical diagnosis and treatment. Many medical practitioners suggested people to lead a normal life without giving much thought to these feeling, which would lead to people marrying and having children as well. But some doctors tried to cure Homosexuality through therapies such as Behavioural therapy. The people would be taken to treatment where people were first interviewed. Those showing signs would first receive relaxation. This was done by showing the patients provocative pictures of men and women.

The behavioural therapy also included aversion therapy for about 10 minutes. All the participants were motivated to get cured in the earlier times and thus if we look at the papers regarding the aversion therapies, we find that most of the people got cured and left the facilities with a few months period. The motivation or reasons for these recoveries were in the near future marriage or engagement, social and family pressures and a keen desire to settle down in life and set up a house like other ‘normal’ people.

With the growth in social media there has been a sudden increase in awareness as well as openness in regard to the topic of Homosexuality. People have started to embrace their identity publically and actively participate in what are known as ‘Pride Parades.’ Even when we look at the writing and publishing sector, we can notice a change. In earlier times most of the writings were Homophobic to an extent. In the present times, people are openly writing about or related to homosexuality, and not in a ‘Homophobic’ manner. There are books, such as ‘Gay Icons of India’ that tells us stories of struggles, love, losses, achievements etc. from the lives of gay men and women from three generations. There are also academic writings which are being published with content related to Homosexuals and the LGBTQ community.It is important to keep in mind that literature on reparative therapy or conversion therapy is very limited.

The main reason for the limited scholarship is the fact that reparative therapy is a fairly new development. Most of the scholarship on reparative therapy is essentially in the realm of neuroscience and philosophy, wherein only the biological and ethical factors are considered. However, the sociological aspect of this practice has not been discussed at length in academia. Another aspect is that most of the literature is related to foreign contexts, there are hardly article related to conversion therapy in the Indian context. This could be because people are not open about sharing or exposing to others that they are Homosexuals or that they are practicing Conversion therapy as they are either embarrassed or scared of the society’s reaction.

It is surprising that even with the access to internet and the fact that most of the people are always on their phone, or that almost everyone is on social media either actively supporting or reading about the LGBTQ community and its struggles, the awareness regarding the community and its struggles are very low. There is however a change from the past that people have accepted the fact homosexuality is not a disease and that people have the right to follow their ‘heart’ when it comes to the romantic feeling. India still being a conservative society, the conversation regarding Homosexuality is a tabooed topic, where just the mention of the community brings an uncomfortable feeling with in the room. And in many ways there people who might say that they are accepting or okay with people being gay but when they confront gay people, they become uncomfortable or are unable to accept it. Even for people who belong to well-educated families, when they encounter a couple, they take some time to acclimatise to it.

There has been a development in the medicalisation of homosexuality, where a lot of people have started to accept homosexuals and other LGBTQ community members for who they are and not terming them as diseased. Reparative therapy also poses a major sociological problem and that is its practice of espousing a parochial idea of gender. The analysis of reparative therapy also shows us that associating homosexuality with a sickness, or making it seem like an alterable choice, aligns this medical practice with the ideology of the coercive methods employed by conversion camps.

Even though, reparative therapists pride themselves on being far away from the coercive methods of conversion, at an ideological and theoretical level, they are on the same page. And this ideological allegiance poses a major social threat, since it stokes the fire of discrimination and prejudice spewed towards the homosexual community.