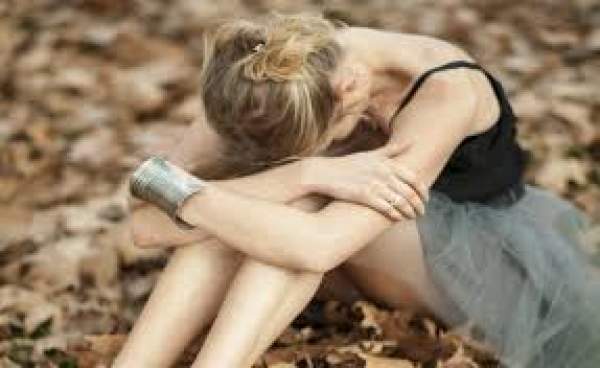 Humans are the most intelligent creatures on the surface of the earth and maybe in the whole universe. No one can question or go against this statement as each day, each year, and each century they have proven to be exceptional species, with the qualities they portray compared to the other known creatures. How we humans relate to one another, create bonds, have made us become companions to one another. A rare quality found, mostly in humans.

The term ''Love'' is deeply valued by humans today. It is a close bond that goes deeper than affection, attraction, lust, or friendship.

Love requires a deep mutual expression of trust, respect, honesty, integrity, intimacy, and partnership, but is this what the Millenials are practicing in this '‘love relationship theory'' ? or is there some twist and turn in how our predecessors viewed the whole thing?

One truth we can not ignore is that there is a big gap in how the two worlds operate. The current generation is said to be blinded. This is due to a lot of misunderstandings or rather IGNORANCE to some known facts. These new Millenials have a different perception of love and how it ought to be expressed. Many are oblivious of what love languages are and how they apply to us individually. When we have the wrong mindset about a thing, making poor choices is inevitable.

When the mind chooses to satisfy the fleshly cravings, then the outcome in most cases is always inverse to the human title we have always defended since time immemorial as ‘intelligent beings'. Many have failed to apply simple knowledge to ordinary things known.

Many, if not all, always dream of a brighter future, yet, lack the clue to turning their dreams into reality, despite often having the required resources.

The direction which the world takes is always in the collision to where we want it to be. We have no one to blame if we do not correct this. In the recent modern world PARENTS, play a significant role in the doom we are currently experiencing. Do we feed our children with all the information they need to survive the life quest? Most parents choose to only teach on specific topics that favor them and leave the stones that do not play to their givings unturned.

Having this knowledge about most parents, why do we blame the youth for falling into a ditch? They go into war without enough weapons and KNOWLEDGE on how to deal with unquestionable issues. They prefer to fit into the new conventional trend due to a lack of direction.

Early teen relationships are always uncalled for due to some reasons. The reasons are often based on factors such as;

But, one may ask, why the rush? Why do young adults intentionally get themselves into unnecessary potholes?

Who would like to be considered as an old-fashioned member among the peers? The trend is one of the vital factors leading to the doom of what was initially good, a leading factor that is ignorantly considered good without any apparent reason, a blinding factor.

Background usually determines a lot. A mind that is not firmly rooted in positive principles can easily fall victim to such situations. They lack the inner rigidness to fight off the fleshly desires. Giving in to temptations becomes one of their characters.

Instant freedom causes a lot of confusion, especially to those who are not mentally prepared for it. It becomes easier to fall into a ditch in such a state.

Celebrities- one blind man can not lead another blind man, or else they will both fall into a ditch, as the Bible puts it. Who do you consider as your mentors? Who do you look to for mentoring? They can become one of the reasons behind our downfall.

The current trends, and the recent stories heard from all around the globe based on the topic of early teen/youth relationship has become an enigma to most people. In the early 90s, some of the media houses including, The New York Times, had reported that blames and pressure was put on the government by the students concerning their colleague's deaths, in most of the higher learning institutions but, the trend after 20years is currently changing.

With the bizarre twist of events, the victims remained the same, but, the perpetrators remain themselves. Who expected this?

In countries such as Kenya, this is increasingly becoming one of the increasing causes of death in the age bracket 12-33. The unanticipated shocking drama by young adults and teenagers has left many confused, as some of these inhuman actions are openly and publicly.

According to the information gathered, most of these acts result from factors such as jealousy and, betrayal as said by either the lucky victims of these love madness acts or the perpetrators themselves. The weirdest aspect of this is that this kind of love is always after being the duplicate of the dramas in soap operas and movies. The desire, to bring that kind of romance to reality, and if it fails, then one, has to be the sacrificial lamb.

Failure to mold some behaviors can also lead to unexpected sour love. Feelings of anger usually thrive as one grows from one stage to another if not duly tamed, and this can lead to vast problems in one's relationship with the other people surrounding him/her. Millennials are the only generation witnessing many divorce cases due to the confusion caused by early, entangled love triangles. The increase in divorce is slowly becoming a new normal as sweet love continues to turn even much sour.