Mujra- From dance for Royals to lowly roads 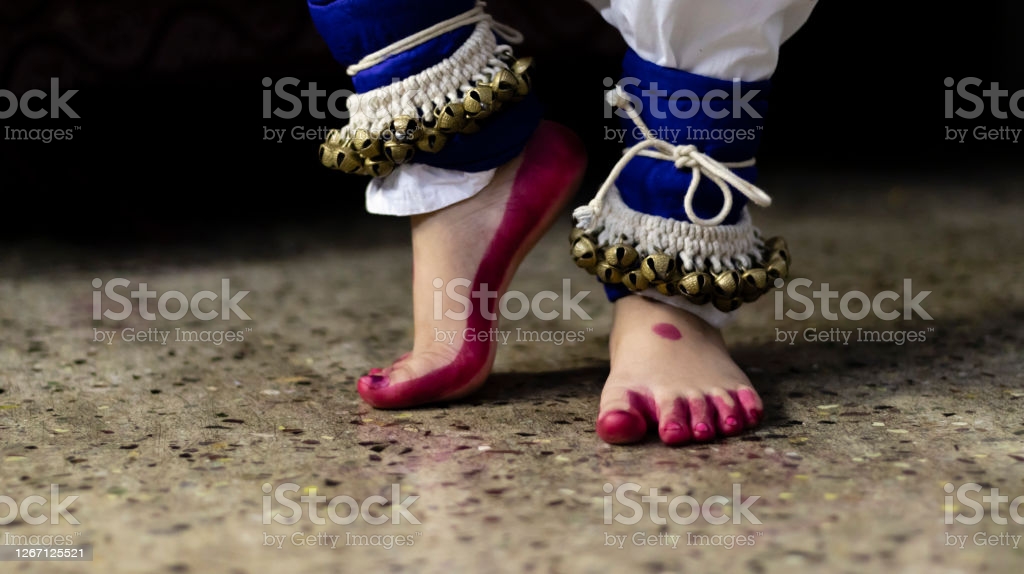 This article examines Mujra, an Indian feminism-inspired art form that has flowed, meandered, and evolved in parts and whole to fit institutionalized oppression and patriarchy while remaining alive. Mujra is sometimes used interchangeably with vulgarity, even though it comes from the opposite end of the etymological spectrum. Mujra is the Arabic word for obeisance. People of great social status in Marathi are addressed as 'Manacha Mujra,' which means 'bow to the majesty.'In the Uttar Pradesh state, a folk Bhajan (Prayer song), goes-

Lord Ram watches us all through a Jharokha(window), accepts our mujra (obeisance), and rewards us according to the intensity of our obeisance towards him.

Mujra originated and was perfected in the courts of Nawab Wajid Ali Shah, the last nawab of Awadh. He was known for his patronage of art, drama, and culture. He had two renowned Kathak Ustads(teachers) in his court called Kalka Maharaj and Bindadeen Maharaj. This duo worked on the classical dance form of kathak to add more drama and seduction to it, eventually refining it to Mujra. The Nawab, himself a dancer of great finesse, also learned and contributed to this dance form. Thus, the Ustads credited with initiating the Lucknow Gharana of Kathak also became the founders of Mujra.

Mujra was exclusively reserved for the place it was birthed at, i.e. the royal courts. It was performed by Tawaifs or courtesans only in the presence of royalty, nobles, or other artists in the Mughal period. The tawaif were regarded as cultural treasures, who could make royal men fall in love with their poised gestures and elegance. They weren’t passive consumers of the patronage they had received. There is plenty of evidence to show that the Tawaifs made the most of their direct access to high-value men and were themselves the most influential lot of the female citizenry. They were required to be affluent in Hindi and Urdu languages, learn poetry and literature. Only the wittiest and confident survived in an environment known to be very competitive. In the 1800s, they were among the highest taxpayers in the state of Maharashtra. How else could you find women who were known for their facial expressions in times where most women couldn’t even go without pariahs covering their faces if not for their high social status? They owned land (which was a privilege for few men, bar any woman) and were the first wave feminists of the Indian peninsular.

The British, to end the kinship-based rule and dismantle the native dynasty, curbed down on Tawaifs in the garb of social cleansing. They devoid them of property and land to reduce their influence over their respective leaders. During the downfall of the Mughal dynasty, the Kothas (aboard of Twaifs) of Mughal cities of Delhi, Agra, Lahore started being used for prostitution for British soldiers. The British reduced them to prostitutes and outlawed Mujra through various legislations in the early 1800's. A social purity movement soon followed which targeted the non-hetero, non-cis, queer citizenry. In the valence of controlling STDs, anti courtesan laws were promulgated. This climate of disgrace was followed by the Governments of India and Pakistan post- Independence. Dance Bars, where the modern form of Mujra was practiced, were outlawed in Mumbai. In Pakistan, during the era of the army dictator Zia-Ul-Haq, the tawaifs were thrown to the outskirts of the city.

Representation of Mujra in Bollywood

Perhaps, the most meticulous representation of Mujra in Hindi cinema was in the 1977 film Shatranj Ke Khiladi, directed by Satyajit Ray. The film has a Mujra sequence performed for Nawab Wajid Ali Shah on the Thumri ‘Kanha mein tose haari’. It is a choreography of Bidadeen Maharaj himself. The instruments used and shown in the film were authentic Pakhawaj and Sarangi. Even the attire donned by the dancer, the Awadhi Khada Pyjama and Peshwaz, is the customary outfit worn by the Tawaifs. The logo ne (Pakheezah). Salaam (Umrao Jaan 2006) and Maar Daala (Devdas) performed by Aishwarya Rai, In Aankhon Ki Masti and Dil Cheez Kya Hai (Umrao Jaan) by Rekha, are a few examples of Bollywood sometimes romanticizing and sometimes victimizing a Tawaif's Mujra.

The practitioners of this art form have been long evolving and adjusting their art to survive in the growing decades of intolerance and hatred towards them. The cultural fiesta of the city of Lucknow and Indore is where the true remnants of Mujra are found in its native state. In other places, like the dance bars of Mumbai, it has changed to the taste of working-class men, bolder and louder. In Uttar Pradesh, there is an age-old tradition of dance-drama called ‘Nautanki’ where Mujra has found its place. Interestingly, when Tawaifs were outcasted during the reigns of Zia-Ul-Haq, it bounced back harder as commercial Mujra, performed in stages and theater. Many Lahori Tawaifs are now stars with dedicated TV channels for them. With their stardom came vocal hatred and violence killing many modern Mujra performers to gunshots.

The Mujra performers, like their strong ancestors, have thrived through waves of oppression subjected to them always finding breathing space through it. They have strolled their art with their changing audience. They may be lurking in dark corners of lost Mughal provinces, but their performances still poke the social police, as evidently as ever.

Legendary Kathak Dancer passes away at the age of 83