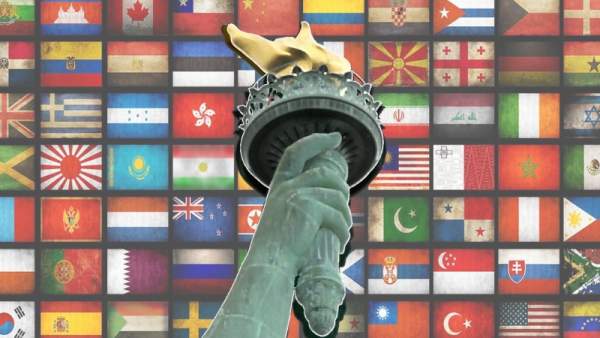 “Nationalism is a cruel epidemic of evil that is sweeping over the human world of the present age.”

Nationalism is based on the premise that a nation’s interest prevails over self-interest. The ideology of ethnocentricity tends to promote the interests of a particular country over others. India’s 1st Nationalist movement began after The Revolt of 1857, which led to the formation, of the Indian National Congress (INC) and a call for social, religious, political, and economic reforms. So, why does India’s most self-indulgent brain, Tagore, declare ethnocentrism as an evil epidemic?

Nationalism has various forms, it can develop into conservatism, socialism, or even terrorism in the way it is perceived. However, the fundamental principle to all forms of ethnocentrism is based on the idea of the ‘Nation,’ as a core political unit.

Now, the idea of a nation is rather dynamic. It can be united based on color, culture, costume, consonant, language, ethics, and more crucial, geography. But, in defining the meaning of a nation, one cannot solely rely on these objective elements. India is the bystander of all the diversity known to the world and still stands united after all these years. So, if the definition of a nation is more of an idea than a concrete form, ethnocentrism cannot be assembled. It bends and appears in different ways according to the separate notions of a nation as perceived by individuals or groups of people.

The Narcissism of Nations:

Though Nationalism, is classified into ethnic and civil based on the emphasis it lays in these spheres, in practicality, it is a complex combination of ethnic, civic, cultural, and political elements. Nationalism becomes corrupt the moment one nation establishes superiority over another. For example, a mere narcissistic belief that the “white race is superior to any other” has caused irreparable damage to the world by giving birth to the policy of colonialism. The founding stones of colonialism were based on the egoistical assumption that the salvation of other ‘inferior’ races is in the hand of the white population. This assumption was directed towards the personal greed of colonial leaders to expand their territories.

What nationalism did in the hands of Hitler in history is worth repeating? Antisemitism and the most destructive World Wars could have been prevented, merely if Hitler had the sense to acknowledge boundaries. As Laski noted, “nationalism is built on conditions which are in the atmosphere of contemporary civilization, fraught with grave danger.”

Nationalism is much more complicated than Patriotism. Patriotism can be defined as love, respect, and a sense of pride in one’s nation for its actions, on the other hand, nationalism has political implications. It coincides with the former on the natural love for the nation, but it takes an irrational turn ignoring the follies of a national entity with tapping into deep passions by an appeal to worship the country despite what it does. Therefore, it ultimately devolves into war, racism, tribalism, and xenophobia.

Nationalism became a means by which the national identity of a particular group has been crushed and suppressed to ensure the unity of the larger nation. Colonialism and Imperialism are the perfect examples of such policies are classified as Reactionary Nationalism. It is indifferent to events outside of the country. This type of aggressive nationalism also gives birth to ‘autarchy’. An autarchy is an extreme form of economic ethnocentrism which aims at complete economic self-sufficiency. This perverted ideal is an immediate cause of international tension as in an era of globalization. Economic self-sufficiency is not only impossible but unethical. In the contemporary world, autarchy is resulting in Bio-Wars, where countries are using global havoc as a chance to grow and develop their economy.

Nostalgia often offers things way better than they were, which concerned political thinkers like R.N. Tagore. Conservative Nationalism appeals to tradition and history to take pride in a country’s past and rejoice in its bravery and accomplishments. It is backward-looking as it fills nations with an air of self-satisfaction in their complacency. For instance, until the revolt of 1857, Indians never realized the need for unity or revolt, we were quite contented with the brave folklores of Ashoka the great, or our identity as a ‘gold sparrow’.

One more example of such a toxic form of nationalism is National Chauvinism. To force personal superiority, an arch-enemy is necessary to compare and blame. For instance, Pakistan in the case of India, and Congress in the case of BJP. Such ideologies kill growth and stagnate a nation. History reminds us of the regressive quality of these feelings that taps into the latent desire to blame others for a country’s problems leading to distrust and malaise. With an increase in globalization, the need for nationalization is increasing in the minds of people, and is likely to rise and develop a degree of paranoia about the outside world, the technical term for such phobia is “Juche”.

Is Cosmopolitanism the solution?

Cosmopolitanism believes that all human beings are part of a single nation i.e., humanity. As Tagore echoed, “there is only one history, that is the history of men, and all national histories are merely chapters in the larger one”. This belief, however, kills the need to attack and capture territories and fight with fellow men but is rather vague to materialize and put in action. Also, suppressed nationalism is a threat to world peace. The feeling of ethnocentrism unites people, makes them work hard for their country’s development, and creates a feeling