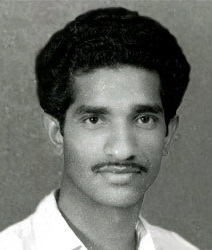 “Maoism Zindabad, May the revolution succeed”

These were the last vigorous words of Arikkad Varghese, a young revolutionary from Wayanad commonly depicted as Naxal Varghese in public discourse. He was tied to a tree and shot dead by the police in a fake encounter. The incident is considered one of the first false encounters to be recorded in Kerala's history, and the story of Varghese’s death went on to see the course of time. It was initially a narrative of hatred that symbolized the early Naxalite movement in Kerala but changed to a heroic and revolutionary tale, a tale popularly compared with the death of revolutionary Cuban communist Che Guevara, who was killed by CIA forces in 1967.

Varghese's death, which happened on 18 February 1970, was initially reported as a Naxal casualty of a violent encounter with the police in the forests of Thirunelli in Wayanad district of Kerala. However, in 1998, 28 years after Varghese’s death, a former constable made a public confession claiming that the death was a cold-blooded murder. The confessor, Mr. Ramachandran Nair, was the same person, given the task to pull the trigger on comrade Varghese.

The guilt, trauma, and shame of the incident made him come out by confiding his burden with close associates of Varghese. These include members, who were jailed as part of their Naxalite activities while being a part of the Communist Party of India (Marxist Leninist). As a result of the political situation and anti-Naxal sentiment, the personal testimony of Ramachandran Nair remained a secret for a very long time until 1998.

In a series of memoirs written by K Venu in 1998 for a Malayalam periodical, he revealed the real story of Arikkad Varghese’s death by bringing out Nair's confession to the murder, thereby exposing the first fake encounter death to be reported in Kerala. Venu, who used to be a state secretary of the Naxalite affiliate CPI (ML), at this point was not representing his Naxalite past and had already renounced the sentiment he was associated with.

These writings caught the public eye, and Ramachandran Nair's confession became mainstream news. In no time, appeals were being filed in court for a judicial probe into the death of Arikkad Varghese. The state government also supported the need for this. The high court then assigned the CBI with the task of investigating the issue in 1999. Later in 2010, upon probing the case, a CBI court based on Ramachandran Nair’s confession, and other witness testimonials gave the IG who was in charge of Varghese death life imprisonment.

Ramachandran Nair was also accused, as per the charge sheet filed, but died before the judgment was given in 2010. Nair was ready to face justice, but he didn't live long enough to witness a potential punishment in the aftermath of his coerced execution of a young revolutionary.

The IG who was convicted and sent to jail was released in 2013, citing poor health and old age as a reason to avail release under the Kerala Prisons rule.

Arikkad Varghese: The savior and revolutionary

The tribal communities in the district of Wayanad, in Kerala, were considered bonded labor for the feudal landlords belonging to upper caste communities. They worked for payment which was in the form of grains on a per-day basis. The Adivasi women were sexually exploited and expected to spend the first night of their marriages, with the landlord they work for. This system also existed in parts of central Bihar, popularly known as ‘Dola’. These same areas where the Dola system prevailed in a way that landowners can stake claims over women's bodies from marginalized communities are areas where Naxalism came up in the form of caste-based militia.

Varghese saw the injustice happening in and around him and realized that the ruling CPI coalition parties were not doing anything to support the cause of Adivasis, who were being further oppressed. This included the CPI (Marxist) party he represented before being ideologically a Naxalite. Varghese realized that the tribal members had to be empowered.

As a result, Varghese along with some other comrades, shifted their affiliation and consequently became rebel Naxalites. A goal to retrieve social dignity for the Adivasis in Wayanad was at the core of these Malayali Naxalite's goals.

Varghese, along with his fellow Naxalite comrades, raided police stations and houses of landlords in Wayanad. The bounty gained from these exploits was divided, amidst the tribal communities who were distanced from state policy and alienated due to caste and class structures.

However, the Robin Hood story saw a near end when the state started driving its anti-Naxalite stand.

This stand emerged after the Naxal exploits started increasing along with the deaths of influential people in society. Indian government became anti-Naxal/ anti-Maoist due to the nationwide Naxalist eruption, which started in Naxalbari, Bengal, in the late 1960s. Varghese is said to have been involved in the death of a landowner and another police officer. This is also the background that led to his cold-blooded murder as well.

If Arikkad Varghese was not killed and instead produced before the court, he would have been sentenced to jail, like his other comrades, for the revolution he was part of. A rebellion that is driven by Mao Zendon's famous quote: “Political power grows out of the barrel of a gun”.

Arikkad Varghese was part of those communists who were influenced by the Naxalbari uprising of Bengal in 1968. It is from here that the Naxalite movement was spearheaded under the initial leadership of Charu Majumdar and Kinu Sanyal. They were also ideologically aligned with the ideas proliferated by Mao Zedong, who believed in a revolution that involved a revolutionary uprising of the rural class and tribal helms against the upper-class divisions of society, which included the dismantling of an upper-class-represented state as well. This ideal gave birth to Naxalite/ Maoist aligning groups. Including the CPI (Marxist-Leninist) party as well.

The Present State of the Maoism Movement and Naxalism

The Maoist movement was and is considered a grave threat to the internal security of the country as it believed in usurping the democratic federal state that India represented. As a result, government offices, corporations, checkpoints, and other state-related/ represented, infrastructure were attacked, and people like landlords, government officials, politicians, or anyone and anything that depicts a polity that signifies inequality or lack of representation were to be annihilated.

This form of resistance gave rise to a chaotic system where parts of the country with prevailing Naxalist support and armed power saw a further lack, in development and bringing down poverty. This issue was because Naxals didn't want the government to stake claims in their areas of authority. Any form of growth by government or government-sanctioned corporations was being resisted too. Naxalite areas in India are reporting such resistive tendencies even today. 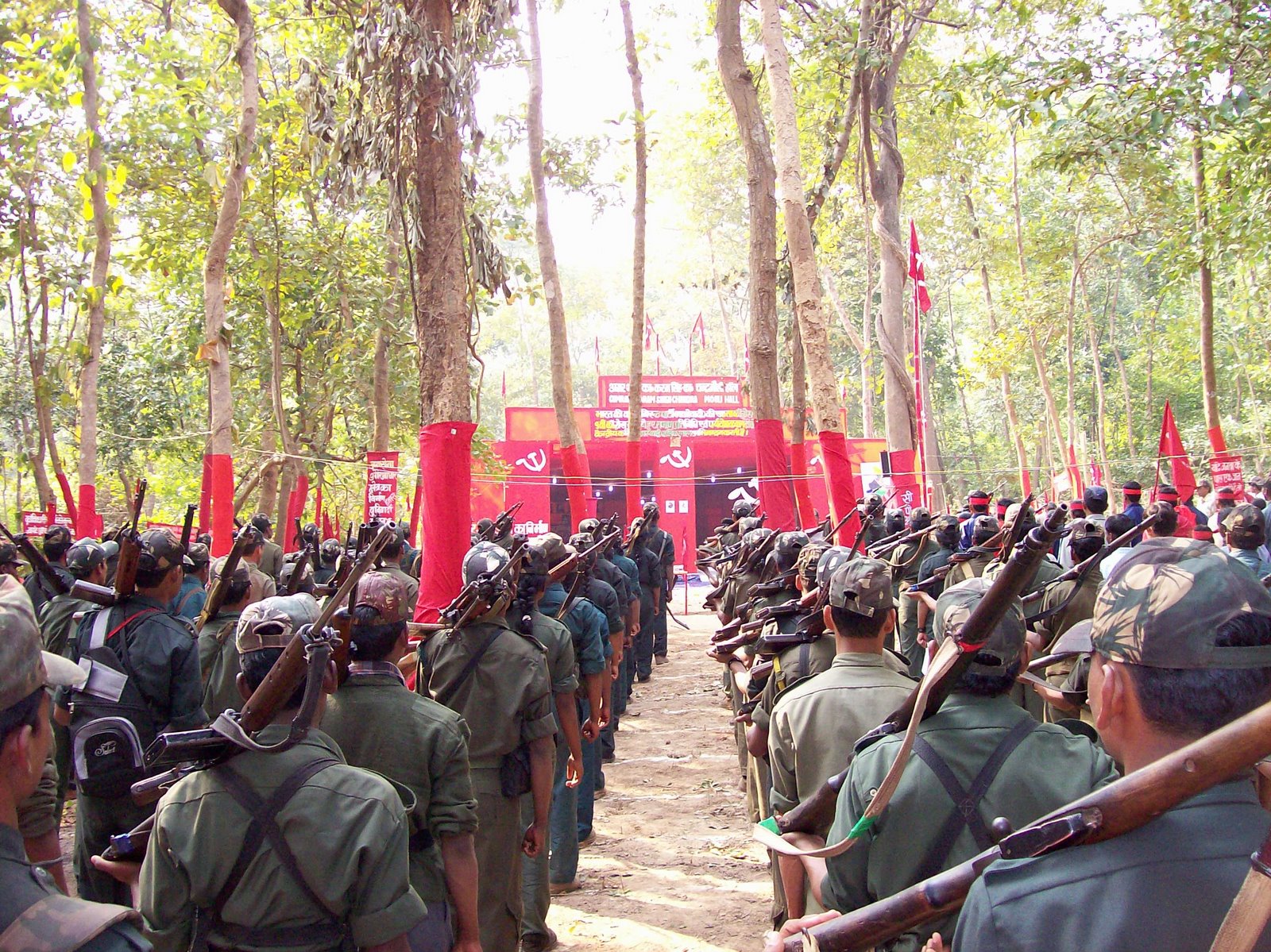 Yes, the government, after independence, might have been infused with corrupt offices which did not allow for development in tribal areas or rural parts of many states. This reason along with, social structures like caste inequality combined with feudalistic proceedings, are grounding reasons for the Naxalist rebellion to arise across the country. In simple words, an uprising of the marginalized is what happened.

But, the conditions of depravity, inequality, and poverty which brought forth the Naxalite movement inevitably did not result in any form of progress or development either. This failure is where Naxalism and Maoism started becoming an issue that needed to be handled.

Varghese might not have foreseen the present circumstances of his ideological belief, but what he did for the tribal communities in Wayanad before his death can be considered a fight against real injustice.

For 28 years, Varghese's death was seen in a negative light. The real story and background of the tribal realms he empowered and fought for remained invisible in the public imagery. It was a single confession by the person who killed Varghese, that could visualize and change an entire narrative about a person and what he represented.

Even though representatives of the Communist Party India (Marxist) (CPIM), wrote in their newspaper ‘Deshabhimani’ about a potential fake encounter and judicial persecution regarding Varghese's death in 1970, the doubt could be taken as a political game to disparage the ruling coalition which the CPIM was not part of at the time. Pattiam Gopalan, a Kerala MP representing the CPIM, at the Lok Sabha in 1970 had also raised the issue in the parliament by accusing the police of murdering a young revolutionary like Varghese.

There were doubts about the images circulated at the time, which showed Varghese's body lying face down with a gun in his hand, but there was nothing concrete to prove an extra-judicial killing. The majority media narrative portrayed Varghese as just another Naxalite, a representative of chaos that aimed to dismantle the state. The government also maintained this narrative for a long time, even after the case reached the high court after the CBI court ruling of 2010.

In an affidavit produced to the high court in 2017, the Kerala government coined Varghese, a hardcore criminal. This accusation happened when Varghese's family approached the high court for compensation from the state. It was only in 2021 that an amount of 50 lakh was given to Varghese's kin. But there is still an impending question on if this is done to silence the family's proactive approach at exposing the state's inconsistencies regarding the matter.

Ramachandran Nair was forced to kill Varghese as there was a threat to his life put by his superior officers if he failed to comply. The power of the state, to control the narrative, of Varghese was transformed in due course because of the confession by Nair. The story of comrade Varghese’s death shows us the position of power the state had in controlling a narrative and how that reversed as a result of living truth. The living sincerity of Ramachandran Nair has seen the light of day but, other than the aspect of judicial justice prevailing, it also shows how there is a vulnerable lining that can expose any injustice happening within the system.