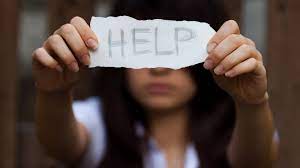 “We need to change the culture of this topic and make it OK to talk about mental health and suicide.”

When you look up the definition of teen suicide, you'll find the definition as, "when a person intentionally causes their death." A teen may experience thoughts of just ending his/her life before attempting suicide. These are what we call suicidal thoughts.

Suicides among young people continue to be a serious problem, but many people believe that it's something that shouldn't be discussed even though suicide is the second-highest cause of death for young people between the age of 15 to 24.

Because of their circumstances and the environment they live in, the majority of teens who attempt suicide have a mental health condition, generally depression. Suicide attempts in younger children, however, are frequently spontaneous. They include feelings of sorrow, befuddlement, or rage, as well as attention and hyperactivity issues.

Suicide attempts among teens have also been linked to emotions of stress, self-doubt, pressure to achieve, financial insecurity, disappointment, and loss. Suicide may seem to be the solution to the difficulties the teenager is facing!

What induces teens to commit suicide?

The teen years are a trying period. They consist of a lot of changes like physical alterations, mental and emotional shifts. Stress, uncertainty, anxiety, and doubt also have an enormous impact on a teen's problem-solving and decision-making abilities. They may also sense a sense of urgency to succeed.

Many teenagers who attempt suicide suffer from depression. Due to this, they struggle hard to cope with the anxieties related to teen problems, such as refusal, failure, detachments, intellectuals, and family strife. They may also be unable to understand that they can change their life — and that suicide is a permanent response to a transitory problem, not a solution.

Teens who have encountered adversity in their lives, like their parents' divorce, bullying, or the death of a loved one, may feel as if they have no other choice than to wish the death of themselves. When major life events occur, parents must see their children's actions, emotions, and language.

Teenage years may be filled with rejection from friends and romantic interests, making them feel as if their entire world has been smashed. During adolescence, a component of growing up is striving for acceptance from others. When a teen is mocked or rejected, though, it might be the thing that pushes them over the brink.

Teenagers who believe they will never amount to anything or who believe they have become a burden to their parents or loved ones also attempt suicide to escape their negative sentiments about their misfortunes. Suicide is a severe problem that, if carried out, can result in unimaginable suffering and loss. These issues may appear to be too difficult or embarrassing to overcome. Suicide may appear to be a viable option for some.

Which teens are at risk?

Suicide risk varies depending on a teen's age, gender, cultural and societal factors. Risk factors are subject to alter throughout time. They are as follows:

It's also important to be aware of the warning indications. Speaking about inclining toward death, sensing hopelessness, having no motive to be alive, feeling trapped or in outrageous pain, attempting retribution, and being a burden on others are all advising hints for those at a chance of suicide; looking for strategies and making lists, such as browsing online or buying a gun, increasing the dosages of alcohol or drugs, acting anxious or agitated, behaving impatiently; napping too little or not having a nap at all are the alarming signs for those at risk of suicide.

Suicide risk is higher if a habit is new or has escalated, and if it appears to be linked to a traumatic event, loss, or change. 3 It's also crucial to be aware of warning signals for mental health issues that may be linked to an increased risk of suicide.

Making intentions or attempts to commit suicide is another red flag

These warning signals may appear to be related to other health issues. Make an appointment for your teen to see their doctor for a diagnosis.

Being a parent, what should you do?

It gets increasingly difficult for parents to understand what their children are thinking and experiencing when they become teens. When do the natural ups and downs of adolescence become a cause for concern?

It's critical to understand the variables that might lead to a teen's suicide attempt. Spend some time reading through these 10 strategies to help avert a catastrophe. The more you know, the more equipped you'll be to recognize what could put your child in danger. Maybe your child is just having a terrible day, but if this mood has been going on for a few weeks, it might be something more serious.

“Suicide threats should never be dismissed as ordinary teenage dramas!”

Any remark that says "I want to die" or "I don't care anymore" should be taken seriously, whether written or spoken. Children who attempt suicide frequently inform their parents that they are planning to commit suicide. The majority of studies indicate that persons who openly threaten suicide do not plan to commit suicide and that the threat is a desperate cry for help. While this is true in many cases, what mother or father would want to put their children in danger?

We anticipate a ton about suicide, but that's not adequate. What we do know isn't being disseminated as effectively as it should be. We need to raise public awareness about how common teen suicide is, as well as the symptoms and treatments for depression and other mental illnesses that are linked to suicide. Families, schools, churches, and synagogues, as well as instructors and university officials, all need to learn and do more. We need a society that's aware of this avoidable tragedy and one that does not accept the unbearable. With the incidence of adolescent suicides rising every day, it is more important than ever for us to assist the teens. To do so, we must make it acceptable to talk about it. It is not humiliating; it is natural, and those who disagree must recognize that they could not be more wrong.