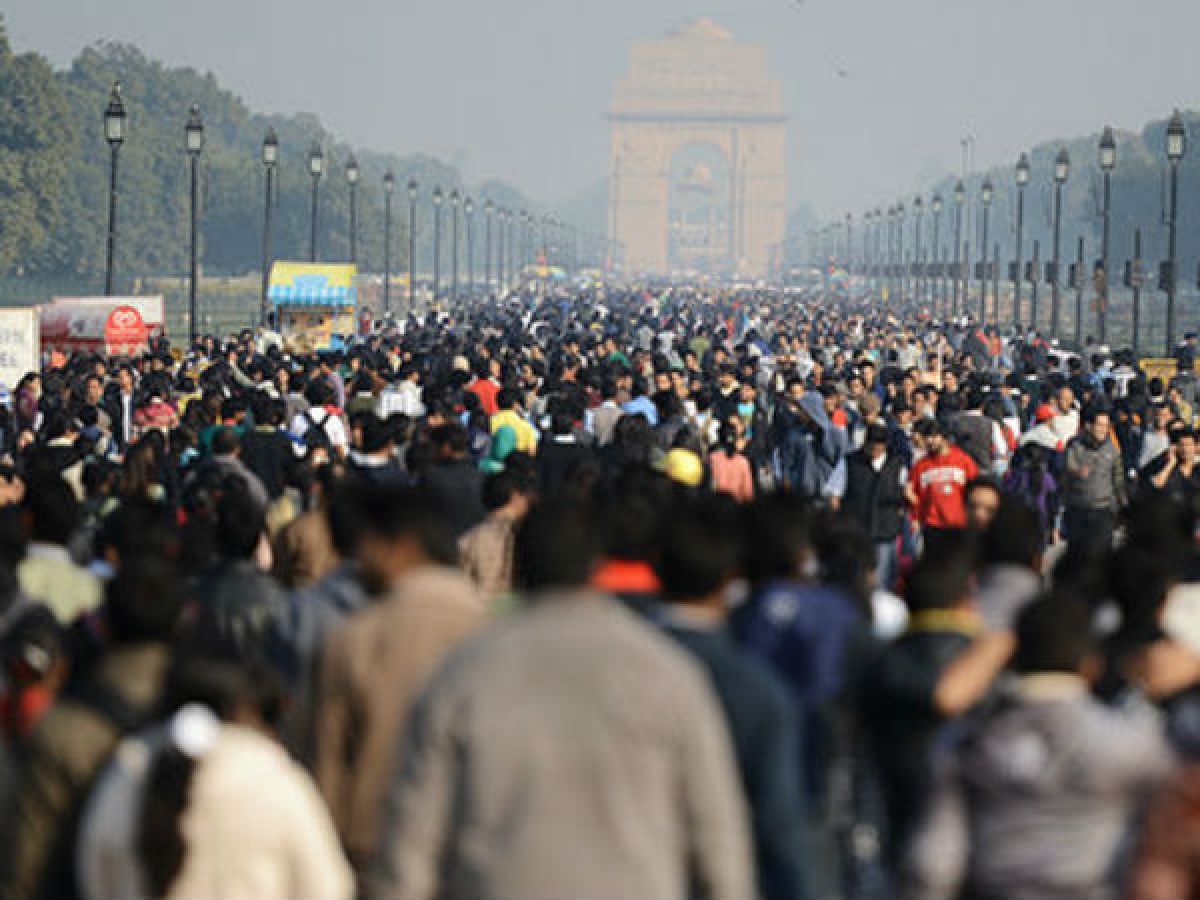 India with a population of 139.08 crore people is the second most populated country in the world. it covers almost 2.4% of the world's area The death rate of our county is 7.3 deaths/1000 population [source; Wikipedia] whereas the birth rate is more than it's double i.e., 18.2 births/1000 population. [source; Wikipedia]. The population of India was increased mainly after the independence that was an increase of 13.31%.In 1951 India was home to 84.1% Hindus, 9.8% Muslims, 2.3% Christians 1.89% Sikhs and Now India constitutes 79.8% Hindus, 14.2 % Muslims  2.3% Christians, and 1.72% Sikhs. The rapid growth of population was witnessed in India In 1951 soon after independence as Indians were not aware of contraceptives and lack of knowledge regarding family planning. In short, they weren't aware of the repercussions of the increasing population. since then India is adding numbers to its population count. In the last 10 years, Indian states have gained population by large numbers. Uttar Pradesh and Bihar have shown an increase of more and 19% since 2011 even the smaller states like goa have shown an increase of 8%.  India is no doubt being affected by overpopulation. According to many demographers, India is expected to overtake China and become the most populated country on this earth by 2050 and that is a serious matter.

The issue of overpopulation is in the eye of every citizen but now the question arises whom to blame for this budding problem. India as a country has its reasons for it. Poverty is the first and the main cause. The poor regions of our country have a higher birth rate. Poor citizen doesn’t even have access to education or basic information regarding family planning which leads to giving birth to several kids. They also have a mindset that more children more will be the helping hands and somehow it will irradicate their poverty. Amongst the various reason, one of the reasons that lie between is the desire for a male child. The sad reality of today’s truth is that even the world is progressing gender inequality is still stuck there. Citizens giving birth to several girls until a baby boy is born are the contributors to the increasing population of this country. Despite being one of the largest contributors of the population to this world India doesn’t talk about contraceptives. In our country only 15% of the population uses contraceptives. Not only negative but positive impacts also contribute to overpopulation such as improved medical facilities or the invention of cures. And just like this, there is a number of reasons around us.

Overpopulation is a budding problem in Indian as several issues are linked with it. It’s hard to believe but overpopulation is an infinite loop of problems. Overpopulation leads to environmental and economic crises. The reasons which cause overpopulation are somehow the effects of it. Human overpopulation is the main cause of the depletion of environmental resources in India Global warming, climate change, pollution, water crisis, deforestation, decreased no of land, etc. and similarly, other issues like increased demand that leads to an increase in prices, unemployment, poverty, exploitation are what India is facing due to its population.

The day is not far when India will lose most of its natural resources. In the current scenario, most of the Indian states are home to millions of people, and this leads to a crisis for land. Huge practices of deforestation are conducted across the country. No doubt overpopulation is increasing unemployment, as the population is increasing day by day but job opportunities are limited. According to a survey, only 50% of Indians have access to good facilities. When the population increases scarcity of food and clothes are the major effects of it.

Overall, overpopulation will shrink the development of India. India is still a developing country and we need to address this issue. Talking about today’s condition of India during pandemic it’s at its worst condition due to its population. Educating people about this issue is very crucial otherwise we will have to face some bad repercussions. The government should also bring some laws regarding no. of children one should have and at last sex education. If our country will have proper sex education, we can surely overcome this issue.