Overpopulation? Certainly not the case in South Korea 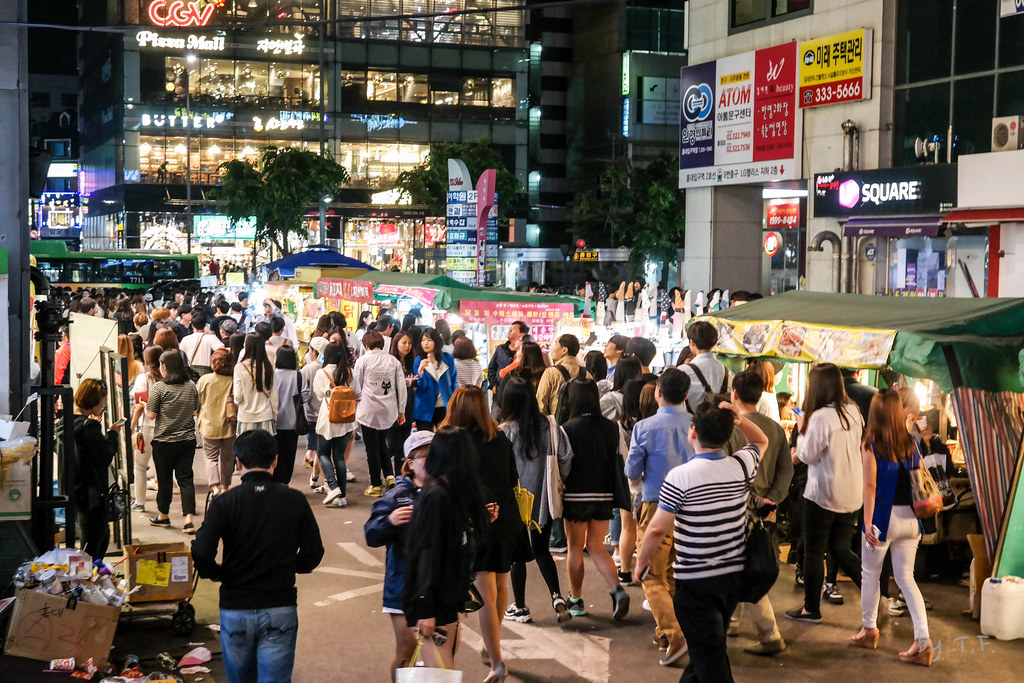 South Korean population has been slashing out since 2020; experts’ forecast reveals that the nation will be the oldest country by 2045, characterized by a less workable demographic and 65 or more senior people comprising most of the nation’s population.

It wasn’t until 2018 that the fertility rate fell below 1.0, a sign that South Korea would naturally end by the end of the century if the momentum continued. A fertility rate of 2.1 is the bare minimum to maintain the country’s population, according to the New York Times report from the previous year. The United States, by comparison, recorded 1.66 in 2022, an ideal population distribution by age group reflecting the nation’s full advantages in labor mobilization.

Once the nation’s decent, if not thriving, birth rates since the end of the Korean War can be best reflected by the slogan, “One child, raise well,” a wave driven by the government to tackle excessive birth rate in the 1980s. The rise of such a slogan was unseen in the once highly conservative nation, where women were implicitly expected to give birth until they gained a son. In response to the government’s aggressive move, people in Korea, known for their strict compliance to a core, refrained from having multiple kids, eventually leading the country to where it is today –ranking number one in the world in terms of low birth rate.

The low marriage rate during the pandemic is central, if not the most direct cause, that kept a current flow of birth rates at the  83rd consecutive month of an on-year shrink as of October 2022. Amid the peak of Covid-19 from the second quarter of 2020 to that of 2021, pandemic-related regulations ordered wedding halls to call off the previously scheduled events, mandating pre-marriage couples to postpone a once-in-a-lifetime event indefinitely. Since the ease of Covid-19-related policies, the nation saw a slight jump in the number of marriages, though the unprecedented low birth rates remain unchanged.

While pandemic-related policies certainly stifled birth rates, there is a mixture of chronic issues festering in Korean society that has increasingly discouraged the younger generation from having kids.

A surge in housing prices. A private education system that abets parents from pouring thousands of dollars per month into having personal tutors for their kids. The population density in Seoul, South Korea's capital, and the surrounding cities. Indeed, limited infrastructure in the other regions further lures people to leave their hometowns to move to Seoul. Furthermore, Gender conflict has ignited hatred against each other by sex, followed by the tendency among those in their 20s to avoid a dating relationships.

An infinite loop of socioeconomic issues has long been ingrained in Korean society; it grew like a cancer cell that the government has no clue which part lawmakers should tinker with to bring a turnaround in the birth rate.

As for housing prices in Seoul, an average home sale price in 2022 was estimated at roughly 1.3 billion won, or $1.3M, a double-hike from 2017, which recorded approximately $500,000, according to the monthly housing trend survey conducted by a nation’s high-tier private bank. The shrink in job opportunities and massive layoffs during the pandemic further raised skepticism about marriage and having kids. An outcry from the youth is deeply acknowledged as it is near-impossible ever to purchase a property in Seoul unless you’re from a well-off family background.

“No food. No dating. Of course, no clothes. Work your ass off for hundreds of years, and then you should be able to purchase a shitty one-bedroom unit in the metropolitan area in Seoul.”

Such a self-effacing joke that has been prevalent among the younger generation.

Despite the skyrocketing housing price, properties in Seoul are highly sought-after as the city has already established a wealth of infrastructure and resources ideal for growing kids. Limited resources, which is the size of land that is available to convert into residential use, paired with the endless influx of new people in the city ultimately bubbled the sales price, and it has been proven by several case studies across the world that decades of efforts are required to cool it down.

Institutional efforts to tackle the low birth rate have been taken into action, with former President Moon Jae-in spending over $30 billion exclusively in 2020. Despite the high expense, a substantial turnaround in newborns was unseen. Direct subsidiary as much as $1,619 has been disbursed to households with each newborn, though the grant amount may differ by region. Aside from the direct support from the government, policymakers have also passed bills that indirectly help parents to slash expenses for raising kids as well as partially cover medical costs generated during pregnancy.

Households with multiple, three, or more children can enjoy discounts on utility bills and various tax exemptions. Eligible families are exempted from sales tax payments when purchasing a car. Shifts in the workplace also took place as the administration required firms to offer a minimum 90-day-offs for female employees who are ahead of giving birth. The exact amount of payroll should be disbursed by the company, and male employees whose partners are pregnant are also eligible to enjoy the incentives to a certain degree.

Long story short, the government, by far, has implemented a handful of institutional efforts on varying scales from a broad spectrum of angles. The government has been trying its best.

When troubleshooting such a vast and complex agenda, however, it is highly required that the government address it with a long-term prospect. While couples with newborns must enjoy tangible and direct benefits, it has become apparent that South Korea saw little outcomes out of the amount of tremendous expense lawmakers set up to curb low birth rate issues. Unless the government copes with deeply rooted causes, there may not be any substantial strides.

One-side communication, such as the “One kid, raise well” propaganda, wouldn’t bring noticeable outcomes these days. People in South Korea no longer feel the need to comply with whatever the government calls for; instead, what may echo among the public is the sustainable environment where raising kids isn’t merely a burden but a source of profound happiness.