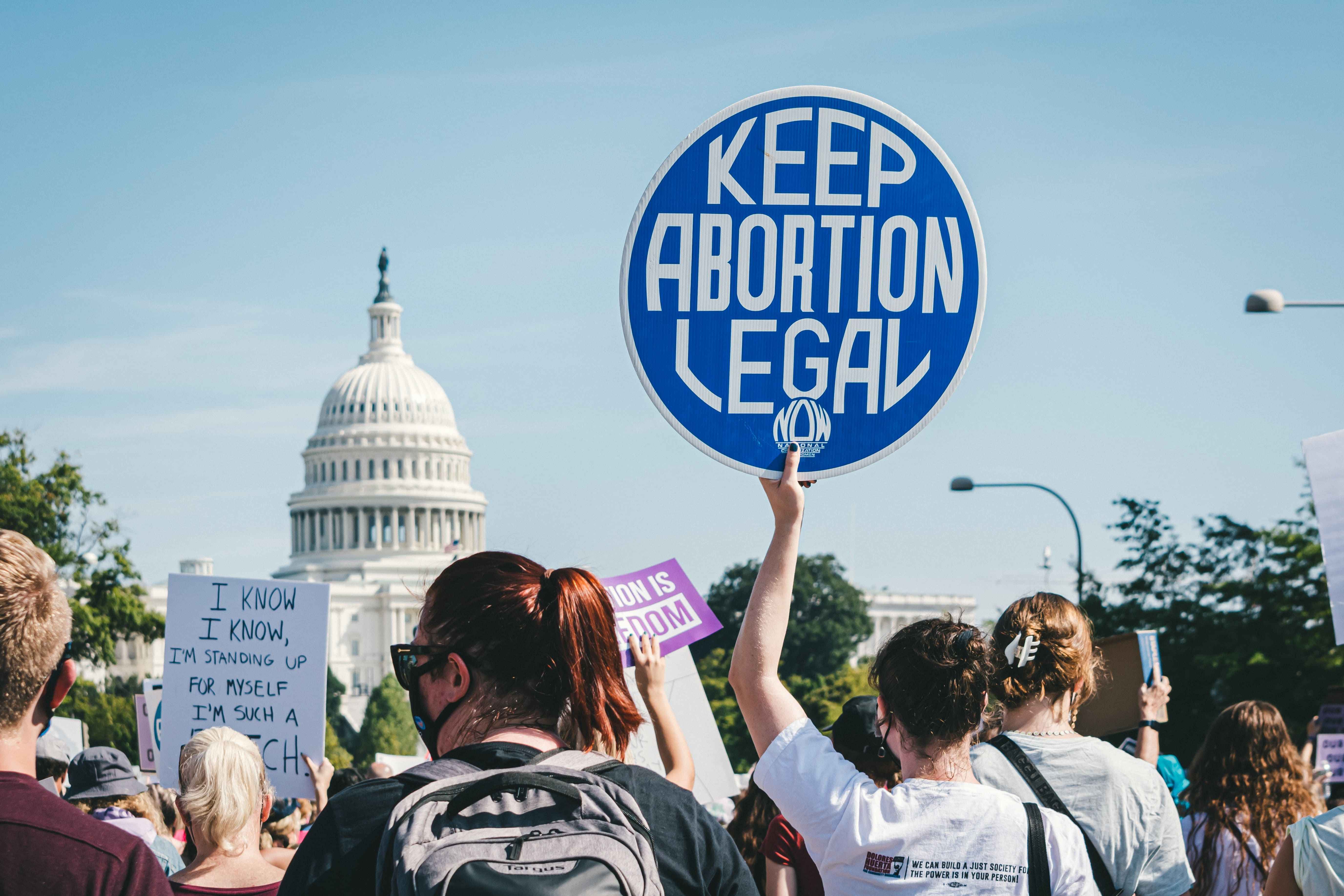 Roe was a landmark judgment of 1973 which defended the right to abortion as a right of privacy & this was not the beginning of women having abortions but the end of women dying from abortions. In the contemporary context, its bearing is precarious. A feminist voice locates abortion in the realm of privacy & is a private concern. Feminists claim these policies as patriarchal decisions and pervasive sexism. Wheras 'pro-life' activists would like to see decisions about pregnancy and abortion as set within networks of responsibility rather than within the realm of ‘individual’ rights.

This fundamental right has always been challenged and circumscribed by the Christian right-wing in the west who are often characterized by their strong support of socially conservative and traditionalist policies. These conservatives seek to influence politics and public policy with their interpretation of the teachings of Christianity, and even today feminists have to struggle to retain it. Anti-abortion activists emphasize that a fetus is a person and that it has an independent right to life, and so their campaigns position themselves as ‘pro-life’.

The American Catholic Church has always been a deciding force in articulating opposition to abortion in the United States. It gave the right-to-life movement more than institutional support. It brought focus and intensity of commitment against abortion.

The sudden rise of the Catholic Church's involvement in banning access to abortion is a clear attempt of political mobilization & deliberately breaching the wall of separation between Church and State, as asserted by the First Amendment to the Constitution.

The American Catholic Church’s reaction to the landmark 1973 Supreme Court decision, Roe v. Wade (410 US 113), was ruling a “catastrophe for America” and a “monstrous injustice.”

Divergence from the real issue

The problems that could emerge from such a binary and polarizing debate would be, that instead of engaging in a reflection on how to find fertile ground to constructively address the real questions. Coming to the abortion issue, we often blindly follow the standard rhetoric, of who is “for” or “against”, “good” or “bad”, “right” or “wrong”, or shy away from such discussions, assuming that they would inevitably lead to dead-end disagreement, that could result in antipathy and even resentment among individuals and peer groups.

Abortion should not only be perceived as a matter of individual choices which could be understood within the restricted framework of reproductive rights, but it also should not be approached in exclusively moral and ethical terms. In other words, the debate over such a volatile theme should shift the analysis away from the morality of religious arguments and may stop addressing questions related to the viability of the fetus or the beginning of life.

Restrictions to abortion rights restrict women's fundamental self-determination and control over their bodies, lives, and destinies. However, there is no definitive evidence that restrictive abortion laws are effective at reducing the number of abortions or not. It's concluded that restrictive laws will only lead to increases in unsafe abortions & more women may face injury or death (maternal mortality). Abortions can never be banned completely, only safe abortions can be banned.

Hurdles in the healthcare system

Surgical procedures and medication for miscarriages are identical to those for abortion & some patients report delayed or denied miscarriage care because doctors and pharmacists fear running afoul of abortion bans.

“In this post-Roe world, women with miscarriages may die,” said Dr. Monica

Following the reversal of Roe v. Wade, numerous states are enacting bans or sharp restrictions on abortion. While the laws are intended to apply only to abortions, some patients have reported hurdles in receiving standard surgical procedures or medication for the loss of desired pregnancies.

The uncertain climate has led some doctors and hospitals to worry about being accused of facilitating an abortion, a fear that has also caused some pharmacists to deny or delay filling prescriptions for medication to complete miscarriages. The health care workers can no longer help their patients in the best possible way without risking jail time.

The debate is not about preserving a potential life but is about controlling women's liberty and their bodies, because if it was about babies then they would also have access to free maternal care. The new laws will take a severe toll on abused victims.

The overturning of Roe v. Wade is the beginning of other bigoted policies the government can overturn in the future including the exclusion of LGBTQ rights. The Burden of abortion is mentally straining & let alone the thought of fighting for that right will be an overstretch.

Following POLITICO’s report, Biden stated: “Roe has been the law of the land for almost fifty years, and basic fairness and the stability of our law demand that it not be overturned.”

In the wake of the 21st century, it is heartbreaking to lose a basic fundamental right that is coherently dependent on an individual's choice. The nightmare of Pre-Roe was lived by previous generations and once again America is on a similar pedestal. It is crucial to understand the history and avoid errors of the past. It is time for people to raise their voice for their own rights, else their generation will have to inherit a country that does not resemble the values they believe in.