Prejudice and Bigotry in America 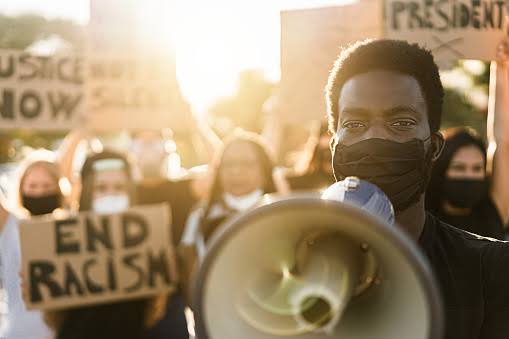 "Racial prejudice has been encountered daily by nearly half of African Americans (45%)." When dealing with the police, 18% of Asian Americans say they face unjust treatment. Nearly one-fifth of Latinos have avoided obtaining medical treatment for fear of being discriminated against or mistreated. In the restroom, 34% of LGBTQ Americans say they or a friend has experienced verbal assault, and 41% of women say they experience discrimination, especially in terms of equal pay and development opportunities."

We can see disparities in income, power, and position everywhere we turn. Some groups have more social rank and privilege than others. Social stratification is the term for this. In an uneven social structure, many individuals or social groupings face oppression. Discrimination is based on various factors, including age, gender, weight, ethnicity, religion, or political beliefs. Prejudice based on race, for example, is referred to as racism. Sexism is a term used to describe gender bias. Prejudice, on the other hand, is a common source of oppression. It is a preformed negative opinion or attitude that drives people to perceive particular persons or groups as inferior.

Discrimination is a prevalent and vital issue in American society, having substantial negative consequences for one's health and well-being. Some surveys have revealed significant variation in reports of personal experience with discrimination based on race, gender, or LGBTQ identity that surrounds us across a range of areas in everyday life, including:

• When interacting with the police

• When applying for jobs

• When it comes to salaries and promotions

• Whether they have experienced slurs

Discrimination has been difficult to overcome, particularly in the United States. A majority of Americans believe Trump has exacerbated racial tensions. On the other hand, 37% believe Barack Obama made progress on racial relations during his presidency. Between 2009 and 2016, the Obama administration implemented several initiatives targeted at decreasing institutional discrimination against racial and ethnic minorities in the US. However, since the Trump administration began rolling back these measures in 2017, the future of decreasing racial prejudice through federal legislation, as well as the consequences for minority communities, has become dubious.

African Americans, on the whole, report widespread prejudice in a variety of contexts. When it comes to institutionalized forms of discrimination, 50% or more of African Americans claim they have been personally discriminated against because of their race when interacting with police, seeking employment, and being paid equally or considered for advancement. A majority of African Americans also believe they or a family member has been improperly stopped or treated by the police because of their race, and many believe the justice system has treated them unfairly as well. They have personally encountered racial insults and others making unfavorable judgments or inappropriate and insulting statements about their race in the context of individual discrimination. People have behaved fearful of them because of their color, according to four out of five African Americans who have encountered racial violence.

Racial Discrimination is not just an issue that contradicts the core values of fairness and equality of opportunities in the United States. It can harm someone's health too. In particular, black Americans have historically been disproportionally exposed to both institutional racism (institutions, policies, and practices that perpetuate barriers to opportunities and racial disparities, such as through residential and educational segregation) and interpersonal racial discrimination (directly perceived discriminatory interactions between individuals such as racial slurs or microaggressions), which are associated with major physical and mental health consequences, including mortality, hypertension, depression, anxiety, and psychological distress.

Discrimination against black people isn't merely a problem that runs against America's basic beliefs of justice and equality of opportunity. It also has very serious health implications, explaining a significant chunk of the black-white health disparity. Institutional racism (institutions, policies, and practices that perpetuate barriers to opportunities and racial disparities, such as through residential and educational segregation) and interpersonal racial discrimination (directly perceived discriminatory interactions between individuals, such as racial slurs or microaggressions) have historically been disproportionately experienced by black Americans, both of which have been linked to major physical and mental health problems. This racial discrimination further takes the form of gender discrimination as well. Women face discrimination in terms of equal pay and opportunities. However, the condition of black women within American society goes beyond these basic forms of oppression.

Immigrants entering the United States face a whole different kind of prejudice. Some people believe that the enormous number of people entering the nation is a reason for concern and hence discriminate against them. Some argue that immigrants are stealing employment from Americans. One of the most significant government interventions in the economy is immigration restrictions.

Discrimination in the workplace

Due to immigrants' lack of access to legal paperwork and the high cost of immigration, entering the United States can be challenging. The United States has always been a popular destination for those looking for work, and it remains so today. As more individuals travel between countries, the workforce has grown increasingly pluralistic and ethnically diverse. Discriminatory hiring practices based on race or ethnicity are illegal, but they nonetheless happen.

Discrimination based on sexual orientation

Discrimination against lesbians, gays, bisexuals, transgenders and queer LGBTQ people is another sort of discrimination. Employers may refuse to recruit LGBTQ persons for personal reasons such as religious views. LGBTQ persons and their rights have been discriminated against for a variety of reasons; for example, one contentious issue involving LGBTQ people is same-sex marriage, which was recognized in all fifty states following a Supreme Court decision in June 2015.

Despite common belief to the contrary, the effort of attempting to eliminate the problem of prejudice in America during the last half-century has been amazing. Despite this, the country has a long way to go on the road to full racial equality. Many social groups are marginalized, but it does not imply they are excluded from society. These people and groups are continually battling for their rights and the ability to affect good change in their communities. There are several examples of successful minority movements.

Beyond individual incidents, the level of alleged prejudice in several spheres of life reveals a pervasive pattern of discrimination against blacks and other groups in America. Not only are there differences between black and white individuals in practically every aspect of their interactions with governmental and private institutions, such as health care and the police, but there are also prejudices against women and other people in everyday life. This, however, must come to an end, and people must see that there is something very wrong here and that a simple statement or even a joke can affect a person.