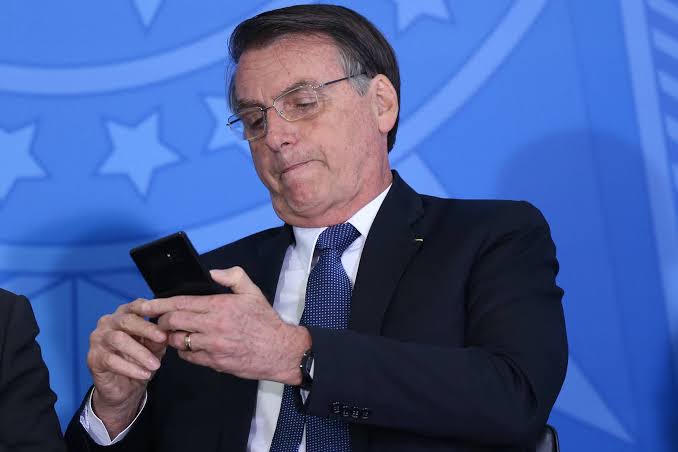 President Bolsonaro has defined as censorship the act of the Federal Public Prosecutor's Office (MPF) in São Paulo of requesting WhatsApp to postpone the launch of a new feature in Brazil to 2023. The tool will allow the messaging app to have mega groups. The requisition made by MPF envisions avoiding the increase of fake news interference in the upcoming Federal election.

According to the MPF's report, this new function of WhatsApp allows messages to be forwarded at once to 10 different groups with 256 participants. In other words, it could reach up to 2,560 recipients at once. This conduct could be replicated successively, creating a vast scale.

As reported by Reuters, the MPF's letter to WhatsApp's CEO cited the American experience that resulted in "the serious invasion of Capitol Hill." It highlighted the risks that "an increase in spreading potentially misinformative content can put in danger the fundamental rights of political participation of citizens of this country and the integrity of de national democratic institutions."

Indeed, the MPF did not need to travel across the ocean to justify the request. WhatsApp is already a well-known tool by the Brazilian electorate. After the 2018 elections, the Superior Electoral Court (TSE) began investigating Jair Bolsonaro's presidential campaign following a Folha de S.Paulo newspaper report that affirmed that companies bought, without declaring it to the Electoral Justice, packages of mass triggering messages against the Partido dos Trabalhadores (PT) on WhatsApp. The 2018 PSL candidate and the opposition campaign, leaded by Fernando Haddad (PT), allegedly used this ploy. Both campaigns deny having committed any irregularities.

At first, the "official" strategy of the digital team pro-Bolsonaro consisted on creating different WhatsApp groups for each Brazilian state. They began to distribute daily content to supporters, voracious sharers of the corrente president images, videos, and memes.

However, according to Brazilian portal, UOL, a year after the 2018 elections, the fake news network with pro-Bolsonaroro bots maintained 80% of active accounts. The limit of group members imposed by the tool at the time caused the WhatsApp groups to multiply.

Bolsonaro's response to the letter sent by the MPF and WhatsApp was firm. The chef of the executive classified the act as censorship and questioned the reasons for the update being postponed only in Brazil.

"Restriction, censorship, discrimination. This does not exist. Nobody takes away your rights, not even by law, except through an agreement with the TSE. This agreement has no validity, and we know how to proceed," said the president to CNN Brasil.

"If it [WhatsApp] can agree with the TSE, it can make one [agreement] with me too; why not? "I'm going to get the CEO of WhatsApp this week, and I want to see what that deal is. If it's for the whole world, I can't do anything now, but if it is just for Brazil (...) what clearer proof of interference like this in freedom of expression?"

Surrounded by censorship scandals and a troubled relationship with the press, Bolsonaro's selective classification of the word causes suspicion of his actual intentions with what is just. The current president disadvantage in the 2022 voting intention polls, and the use of his allegedly old war tactics may represent hope for a successful reelection campaign.

In 2018, Bolsonaro positioned himself as the great savior who would end "all that is there"; a vague statement understood by many as referring to the exponential corruption in the country then leaded by PT. In 2022, his own family was involved in corruption scandals, such as the "rachadinhas" (the pocket part of advisors salary), exacerbated spending on the presidency's credit card, and a disastrous and questionable campaign against the pandemic that led to an economic crisis.

Bolsonaro's current technique is to create a scenario of persecution against himself. The president seeks through his speech to justify his lack of action in solving the issues of the country. The country leader exempts himself from blame and places Brazilian institutions as the great villains while creating a mythical country where a president has no right to exercise his role.

Therefore, the fight with MPF over WhatsApp updates goes beyond an alleged and questionable defense of freedom of expression. It represents the protection of an essential organic campaign tool for his electorate and a way to reaffirm his narrative of the powerless president who needs only one more chance to save the country.