Protests in modern India only amounts to loss in revenue 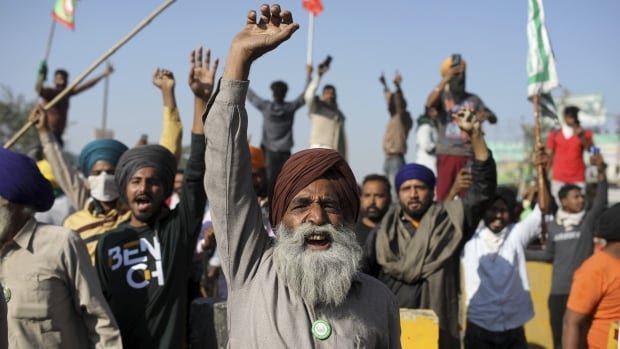 India is a country that was born out of protests and struggles carried out by fierce revolutionaries and that legacy has been carried forward by many modern-era stalwarts. However, in the contemporary world where everything runs on the principle of “time is money”, the largest interconnected society gets severely hampered by the commotion created by the voguish outcry among the masses.

Such is the case in today's protest culture where minimal regard is taken for the livelihood of others as this gloomy phenomenon can be seen throughout the world. Nevertheless, it must be noted that this article doesn’t aim to defame the sublime purpose and brave act of exercising the democratic right of protesting but to uphold the other side of the coin which has a huge effect on common individuals.

Protesting in India has seen a paradigm shift ever since the saffron camp spearheaded by Prime Minister Narendra Modi came into power. His controversial policies like the Citizenship Amendment Bill, Jammu & Kashmir reorganization bill and the farm laws just to name a few have created a massive uproar by those who felt that their upkeep and existence is at stake. As a result, since late 2019, the national capital has unfortunately been the host of some unpleasant and repugnant protests which eventually turned into all-out riots or in some cases an unsightly brawl between the cops and dissenters.

If we talk about the protest against the Citizenship Amendment bill that happened in late 2019, the national capital of independent India had never witnessed such unity and chaos at the same time ever before. From Shaheen Bagh to Jaffrabad, the city roaring with various slogans, but war cry had the chorus “ repeal the CAA bill”. The protest which aimed to prevent Muslims of India to become second class citizens lasted for less than three months and left a dent in the national revenue by over 500 crore rupees, out of which a total of 400 crore loss was incurred by the Assam tourism industry alone as the northeast state was the inception point if the citizenship protest.

The CAA protest wasted little time to turn into a violent riot among communities that soon spread to eminent institutions like Jamia Milia Islamia University. Hundreds of houses were damaged, government schools were plundered and shops were ransacked by rioters. According to figures released by the Delhi police which falls under the Home Ministry reported damages amounting to over 85 crores. This was the first protest in India’s democratic history that had been so vicious. Many reputed journalists and activists who were present on the site of the protest say the CAA protest was extremely peaceful until the police started using violence by beating the protesters with batons and rifle butts.

The CAA protest which had to be stopped because of the emergence of coronavirus in mid-March of 2020, a much larger one was brewing ever since the BJP passed the contentious farm bills despite a clear opposition. Lakhs of farmers from Punjab, Haryana and Uttar Pradesh started picketing on the borders of Delhi against the farming bills which in a way aimed to give crony capitalists more powers in the farming industry, choking the national capital from every entry and exit point.

According to a report by CNN International, the farmer's protest was the biggest human chain of protest anywhere recorded in the world with more than 5 lakh protests holding ground in early September. However, like every reaction, this protest had its opposite reaction when Union Minister Nitin Gadkari reported that the toll plazas were suffering a loss of more than 1.8 crore rupees daily and by the end of 2020, the amount had surpassed more than 800 crore rupees which was reportedly a big hit to the Road and Highways Ministry. The highways which were constructed with a debt of over 9,300 crore rupees suffered a monumental loss as to this date the toll plazas still haven’t been cleared.

Moreover, clusters of protest against the far bill have spread throughout the country where farmers and their sympathizers have blocked railway tracks for over a year now due to which trains have to take long and alternate routes with an annual loss of over 1,200 crore according to Northern Railways General Manager Ashutosh Gangal. On top of that many vehicles carrying goods and commodities are taking much more time than usual to reach their destination, which directly affects the income flow of small and medium scale industries.

Many have called the numbers exaggerated but it cannot be denied that people are suffering due to the dissenters. Georgetown University professor Brandon Beasley in an article said that “all the countries with an extreme right government is seeing a wave of protests because rights couldn’t care less about dissenters”. It makes sense as Donald Trump’s tenure as the US President saw some of the worst riots in American history since the civil war like the Black Lives Matter and Capital Hill Riot. It cannot be denied that dissenting is an integral part of democracy but in today’s day and age, it rarely brings its desired results.