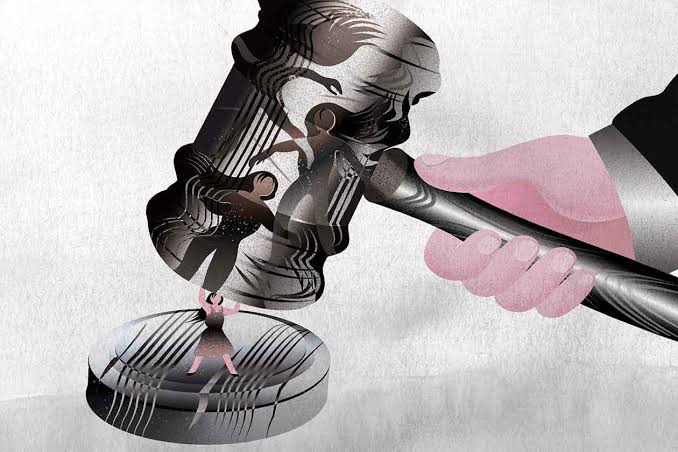 In India, we are most likely to say ‘Rape culture’ since it has been so normalised and no action is being taken whatsoever. It continues to happen day by day or even minute by minute. Rape is one of the fastest-growing crimes in India. If we talk about numbers, 32,033 cases were registered across the country as per the 2019 annual report of the National Crime Records Bureau (NCRB). That equals 88 cases daily which is slightly lower than what was reported in 2018, 91 cases. In this whole scenario, we are talking about the cases which were officially registered. But what about the cases which never came out of the bush?

In the Indian Penal code, ‘Rape’ as an offence was declared in the year 1860. It’s not that our country never saw rape cases before 1860, but the laws then were often diverse and conflicting. According to the Indian Penal Code (IPC), any man or woman is punishable for the act of sex if the said thing is done without the other person’s consent or the consent is taken by threatening the person. Also, sex with a person who is under the age of 18 regardless of consent is considered rape. However ironically, if the same thing happens in a marriage and the person isn’t below the age of 15, the sexual act isn’t rape. Section 376 provided for 7 years of jail term to life imprisonment to the offender.

In 2012, when the case of Nirbhaya happened and it made all the people across the country afraid to their core, people came together for the Justice of Nirbhaya and after that in 2013, the definition of rape widened and the laws were made stricter. But even though they were made stricter than before it took an innocent woman’s death to bring that change and not to mention, Nirbhaya got justice in 2020 when the four convicts were sentenced to death after 7 years and 3 months. This single example itself tells a lot about India’s judiciary.

Recently, In Guwahati, a student from IIT Guwahati raped a fellow student and despite it being a prima facie case of rape; he was granted bail because apparently, he is “state’s future asset” according to the Guwahati HC. Netizens showed extreme disappointment towards this. We have seen horrible rape cases and the assailants get away with it as nothing happened. Many of the times victims were refused a chance to even demand justice because of their caste, and religion. When every day every new case comes out, we say the same thing that it's high time that we give Justice to the victims of rape but ironically more than 133,000 cases are still pending in court and new cases are being added to them with every hour. Honestly, this is so scary and horrific.

After the case of Nirbhaya, the reporting of rape cases was raised all of a sudden but then it was also proved that most of those were false allegations or false cases overall. Briefly, in 2014, it was found out that 54% of the reported cases were false. So, in a way, many women took advantage of the privilege they had and are still doing so. In 2020, in Thiruvananthapuram, Kerala a woman falsely accused the health inspector of rape which led to him being in custody for 77 days. But later she filed an affidavit saying that it was consensual.

in Kawardha district of Chhattisgarh, a 14-year-old girl filed a complaint that she was raped by four unidentified men. When the police searched for the offenders, they did not get any heads up on the case. Later they found out that the girl filed a false complaint just to avoid getting scolded by her parents for coming home late. She was with a minor male friend with whom she was in a relationship and he suggested that she cooks a fraud story to divert the attention of parents. In my opinion, with rape being a serious crime, accusing innocent men of the same is also a crime. Just like a woman, no man deserves to go through it when he has done nothing wrong. We should be grateful for the privileges that we hold and we should abide by the laws rather than taking advantage of them.

How can we prevent Rape and the cases?

Well, we should start by changing the mentality. Why do some people feel the need or the urge of hurting someone physically or mentally for that matter? Why can’t we just realise how traumatic that can be for someone and their entire family. The only way we can prevent and protect our people from getting raped is by giving the offenders a kind of punishment that will be remembered by the entire world. Not only that, we should understand that it’s the person’s choice to wear whatever they want, however, they want and we should not put the societal pressure on them because no, it doesn’t have to exit. Everyone should feel safe in the space they live, work, & EVERYWHERE. Other than that, some people can help us, the police, helplines, people near you and lastly, YOU!

As a woman, I know how hard it is to feel safe in an environment like this where you know anything can happen at any point in time. Wearing whatever you want, roaming around at late hours without male company, travelling alone is not much of a choice for many women out there. In the end, we can hope and pray that one day our Indian judicial system takes firm action and all the people can at least feel safe. Is that too much to ask for?