Regulation is Better than Staying in the Dark: Legalizing Marijuana in India 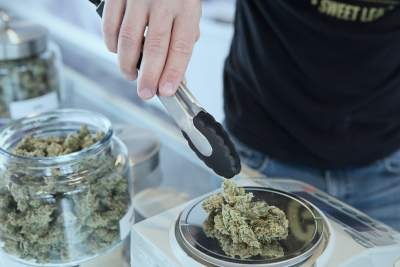 Many countries around the world have legalized the consumption and sale of Marijuana. But, to possess, sell, transport, or consume Marijuana in any form is banned in India under the Narcotic Drug and Psychotropic substances act 1985. Making the consumption of Marijuana illegal has given birth to a black market sale of these drugs. The decision to ban Marijuana was made by India in 1985, but it is time for that to change because when these substances are made available to the public it is much easier for the government to control and monitor them rather than giving illegal sellers the power.

Out of 120 cities in the world in terms of Weed consumption, Delhi is third on the list and Mumbai is sixth on the list. In 2018 alone 31 million Indians admitted to using cannabis out of which 13 million used weed and hash. These statistics alone show that the rules that were put forward by the government are of no use because the consumption of Marijuana keeps going higher and higher. If made legal, the government can control the sale of Marijuana and decrease drug dependency.

There are several benefits to legalizing Marijuana like the following:-

If drugs were made legal then the black market would be stopped and proper rules about trading would be put in place by the government. Trade-related crimes like possession and consumption will not be decided by drug dealers but instead will be regulated by the government. If the black market is closed then a lot of related crimes committed by drug dealers would come to light. If there is no transparency then crimes would happen without proper justice being served to the people affected.

If Marijuana were to be legalized then the government would tax the people while selling. This would generate a lot of revenue for the government instead of the money going to drug dealers and gangs and them using it for illegal purposes. If Marijuana users were to be taxed as much as cigarette users then the government would be able to make more than 800 crores per year. This money would go to greater causes like making roads, improving infrastructure, and to make a better livelihood for the people.

If the government were to regulate drugs and only allot a certain amount of Marijuana that a person can buy at a time then the consumption rates would also go down. Drug dealers would be ready to provide as much Marijuana to a person as they need if the person has money, this increases drug dependency and also increases drug consumption. If the government was to keep a check on the sale of Marijuana then they could limit it, therefore, resulting in less consumption and less drug dependency.

India is a big country with a bigger population. Many people are currently unemployed and the government tries to make jobs for them to earn a living but sometimes it’s just too hard. If Marijuana were to be legalized then in factories, farms, shops, and offices more people will be needed and about 10,000 jobs would be made available to the people. The demand for Marijuana is already high in India and to fulfill that demand more product needs to be made and for that more manpower is needed which creates jobs for people who otherwise are not able to earn a living.

A lot of farmers around India grow Marijuana for selling. Mostly in Himachal Pradesh and Tamil Nadu, Marijuana grows normally and is what brings food to the table of many farmers. Many farmers around India would be able to grow Marijuana and be able to make money out of it. There have already been many suicides by farmers because of spoilt crops and this would help a lot of farmers to have an alternative if their original crop is spoilt. This would also help the farmers of the states where Marijuana grows naturally so that it is easier for them to make money rather than using pesticides to grow a crop that is not meant for that land.

●       Marijuana has a lot of medical benefits

It has been proven that Marijuana has a lot of medical benefits and can help people with a lot of conditions that other drugs might not be able to do. It helps in regulating insulin, helps with anxiety, helps fight certain types of cancer, etc. It would only be fair to make the selling and consumption of Marijuana legal in India.

The debate about making Marijuana legal in India or not is something we need to have in greater detail with all the pros and cons on the list. Alcohol and cigarettes are more harmful than Marijuana yet they are available in almost every state of India easily. By making Marijuana legal the government can regulate the quantity, quality, and consumption by the people. It would also create a lot of revenue for the government. The black market would keep growing because there is a lot of demand for Marijuana in India, many prohibitions that have already been put are having no effect on the population of India anyway, so it is better to regulate than to stay in the dark.

Thailand is the First Southeast Asian Country to Legalize Marijuana