Remembering Grenfell: Silence as a Source of Strength 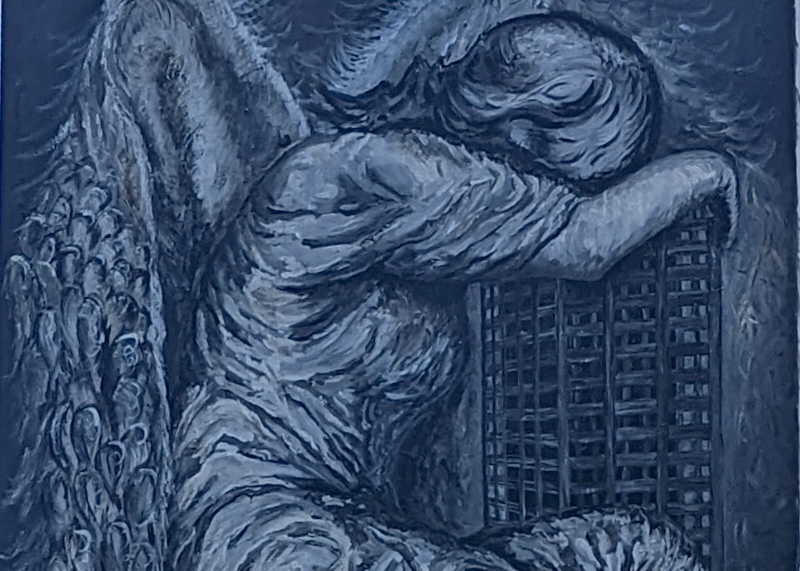 On the fifth anniversary of the Grenfell fire, I joined 18,000 people in marching silently in solidarity with the 72 we lost in the fire, their families and community through the streets of North Kensington.

After almost 400 days of testimony and more than 300,000 documents disclosed to the public inquiry, the bereaved families are no closer to justice. They have had to endure the pain of fighting a system which protects egregious and immoral corporate action, a system that only offers empty vows of reform and accountability, a system that facilitates the powerful in circumventing the rules – inhibiting truth, justice and change for all.

The public enquiry has laid bare the string of failures that resulted in the tragic deaths of eighteen children – a quarter of the children who lived in the tower. The enquiry explicitly states the cladding, made up of aluminium composite material (ACM), became the "principal reason" why the fire spread so rapidly. The US metal giant, responsible for Grenfell’s cladding, sold flammable plastic-filled panels by obtaining a certificate on a “false premise”. In other words, through supplying false test reports, the corporation knowingly mislead the residents who were unaware that the £8.6 million spent on refurbishment in 2016 was not to “upgrade” the tower, but to insidiously transform the 24-storey tower into a death trap.

The combustible insulation, made by Celotax and Irish multinational Kingspan, also contributed to the inferno. Both types of insulation were flammable, with the former also releasing toxic gas including hydrogen cyanide as it burnt – resulting in the fatal poisoning of a baby boy still in his mother’s womb. All three companies continued to mislead and advertise their products as having the safest ratings, despite knowing their products had failed housing regulations time and time again. In fact, in a prescient warning of the tragedy, Arconic’s French marketing manager had written to colleagues in 2007 saying the ACM cladding was adding the "fuel power" of a 19,000-litre oil tanker – he then deliberated on how a possible fire “will kill 60 to 70 persons”. Yet, Arconic kept selling their ACM and today, these very manufacturers have doubled their trading profits since 2017 without spending a penny to modify their product or to compensate the 72 families - leaving victims howling at the injustice of it all.

The reality is that the tragedy of Grenfell was foreseeable and foreseen. The inquiry continues to painstakingly expose the truth – revealing how years of corporate wrongdoings, government deregulation and institutional disdain towards those in social housing had such fatal consequences. But despite clear evidence, no one has yet been prosecuted or held accountable. Not a single recommendation from the inquiry has been meaningfully implemented. It took four and a half years for the housing ministry to express it is “deeply sorry” – but only for its "insufficient oversight"  that companies “abused”- leaving many campaigners feeling deeply offended over the government’s lack of accountability.

Nevertheless, apologies will be rendered meaningless if major reforms to fix a broken system are nowhere to be seen. And with no real progress being made on bringing those responsible to account, residents and community members have come together to form the Justice4Grenfell campaign, characterised by monthly silent marches and reading of the names of the 72 victims in Notting Hill to ensure the tragedy at the tower would not be forgotten.

Last week, on the 5th anniversary of Grenfell, I joined 18,000 people in the silent walk organised by Grenfell United. The air was heavy that evening in front of Notting Hill Methodist Church. And as more and more people began to congregate, wearing different shades of green, the air got heavier. A collective sense of grief was felt as we all stood shoulder to shoulder waiting for the walk to commence. And when it did, the silence held and became deafening.

Initially, like many others, I too questioned the purpose and effectiveness of silent protesting. But as I walked from the church through Ladbroke Grove to the site of Grenfell tower, I understood both its purpose and its effect. Both silent and non-silent protests are highly effective, just in different ways. A riot disrupts, creates noise, forcing the public to pay attention to the words of distress. Silent protests when framed within a commemorative context, however, not only force the public to listen to the problem but also become the ultimate mechanism through which memory is promoted.

Being silent does not weaken a protest’s value or strength. In the words of one of the walk’s organisers, Zayed Cred, “the silence was created in the early days of the walk, it is something which has brought unity, warmth and a sense of dignity whilst keeping us together for five years”. Cred goes on to say “there was nothing about this campaign that suggests we cannot make noise… but please remember why we walk in silence”: to honour and remember the 72 lives lost.

Therefore, think of silence as not the antithesis of speech but as the ultimate means of remembrance and recollection. The silence around Grenfell that day did not rest in a vacuum, that silence was intentional, planned, and purposive. Like moments of silence that take place following tragic events, the collective silence of individuals that evening interrupted the usual flow of time, speech and thoughts enabling a transcendental collective chant to arise - and “there is probably no text that can perform a similar commemorative function by inscribing itself on one's body so powerfully”.

Make no mistake, underneath the wave of silence was anger that was mounting. It was unleashed toward the end of the walk where a small group of protesters broke into chants of “no justice, no peace”, and again, during Lowkey's poem where he called out a political system that made Grenfell only an inevitability within our system.

The strength of the survivors and community members should be commended. In the midst of navigating their own personal grief and trauma, the community members continue to organise, resist and protest for justice - not just for the 72 lives lost but also for the 640,000 people still at grave risk in their ACM-cladded homes. They know the fire that spread to 20 floors in 18 minutes that night was predictable - not an accident. The death trap was set into place decades before 2017 but will go unpunished for so long because, in the words of Edward Thurlow, “corporations have neither bodies to be punished, nor souls to be condemned”.

Today, Tower Hamlets, Salford and Greenwich all have over 20 buildings with flammable ACM cladding. There must be change, people must be held accountable and promises of reform must be upheld. To fail these people now, after everything they have been through, would not only be intolerable to the community of Grenfell, but also may have fatal consequences for the thousands of people – many of them children – who have been caught in the fallout.

Until there is truth, justice, and accountability, let us not forget.