Return of The Aam Aadmi Brigade: Punjab Conquered, Gujarat and Himachal Next on List 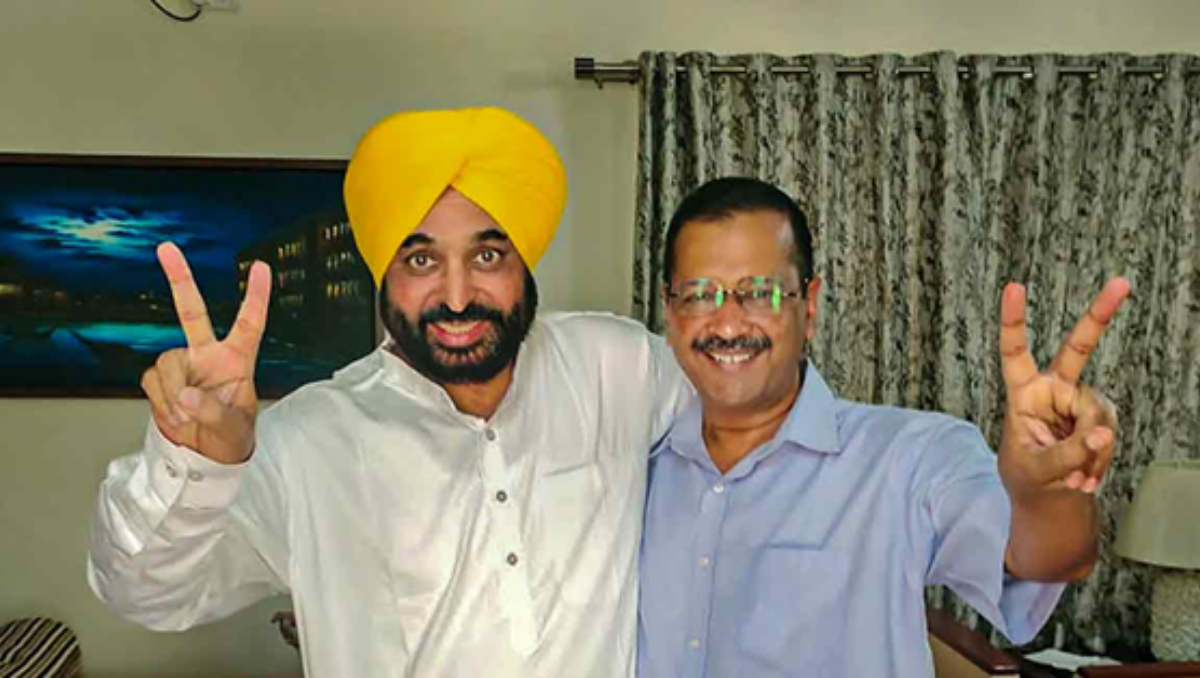 “The Revolution came to Delhi first, then Punjab, now it will spread to entire country.”

After almost 5 years, the Aam Aadmi Party has bounced back claiming one of the largest mandates in the Punjab elections. This massive win of 92 seats out of the total 117, is pointing towards an AAP tsunami rather than an ordinary wave. The Congress party in Punjab was already struggling through a civil war between the Chief Minister and Punjab Congress Chief. However, this strife is now dwarfed in front of the massive blow they received in the poll results.

The clean sweep of the Aam Aadmi Party in Punjab with a vote share of 42.1%, a substantial rise from earlier 23.7% has created a pathway for the party to Modi’s home state i.e., Gujarat. After winning 4 seats in the 2014 Lok Sabha Elections, the AAP established its government in Delhi in 2015 and thus hoped for a majority win in Punjab in the upcoming election in two years. The party had been struggling to find a place in the state’s politics for the past 5 years but was defeated in every subsequent poll.

This ‘special majority’ win has initiated a tectonic shift in Indian politics by establishing a place for the Kejriwal Brigade outside Delhi. However, almost all the exit polls results showed an AAP win in this Punjab election, but a year earlier, no political pundit expected/rooted for AAP’s victory. How did this happen?

The defeat of the “dynastic party” has manifold reasons, the most important of them being the non-resolving anti-incumbency issues by the Chief Minister of Punjab, Amarinder Singh. Even after Amarinder Singh was replaced by Channi as the CM candidate who belongs to the ‘Dalit’ community, the voters could not bear the half-hearted attempt of the party to resolve conflicts. This internal strife added to the benefit of the Aam Aadmi Party who immediately capitalized out of the SAD’s initial stance on the Farm Laws.

Although, Congress’s removal was not the only reason for AAP’s victory. In 2019, when AAP devastatingly lost in the Lok Sabha Elections in Delhi, Kejriwal brought some key strategy changes in the party’s policy. Some of the basic strategies used by the party are its USP i.e., “free drinking water, free power up to 300units per month, free medical treatment and transformation of school education system. This led them to their legendary win in the 2020 Delhi assembly polls which fueled the party for this year’s Punjab elections and acts as a blueprint for their future strategies.

The reason why voters believe in AAP’s campaign promises is due to the fact that a satisfactory number of similar promises made in Delhi are achieved. These include the establishment of “Mohalla Clinics” with more than 100 essential medicines and 200 plus diagnostic tests provided free of cost. This revolutionary healthcare plan in Delhi was even applauded by the Former Secretary-General of the United Nations. Other than this, 3 of the Delhi government schools are on the list of India’s top 10 schools. In 2017, alone more than 900 students left private schools and joined Delhi government schools in hope of better and free education. These parameters reflect a satisfactory fulfillment of promises by the AAP government in the healthcare and education sector. Therefore, voters are merely buying what they have witnessed.

However, just like any other party, the AAP is also lacking on several parameters such as pollution control in Delhi, there was also internal strife in the party when the Chief Ministerial candidate was being chosen. Ultimately, Bhagwat Mann was chosen as the face of the Aam Aadmi Party in Punjab. But unlike any other party, AAP followed a ‘common-man approach’ in which Labh Singh, a mobile repair shop owner defeated the Chief Minister of Punjab and the father-son duo of the Badals. Their agenda has always been the same in the words of Arvind Kejriwal, “mujhe rajneeti karni nahi aati hai ji, mujhe to bas school banana aata hai, aspataal banana aata hai.” (I do not know how to do politics; I just know how to build schools and hospitals).

Mental Health issues do not discriminate? So why should we?