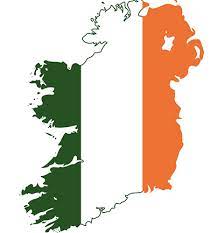 The feud between Northern Ireland and Ireland spans many different generations, consisting of numerous accounts of guerrilla warfare and blood baths. Therefore, a reunification, a little more than 100 years after the Partition, is beneficial for both sides, the United Kingdom and the overall world economy.

In 1921, Northern Ireland was born after years of protestant unionists and catholic nationalists soaking the island of Ireland with bloodshed and battle cries. Northern Ireland remained under British rule while the Republic of Ireland continued its fight for independence. This divide would cause significant animosity between the nations at hand for many years leading up to what history knows as “The Troubles.” The major warfare from 1968 to 1998 resulted in over 3,600 lives being taken, with thousands more injured by paramilitary or security forces. Finally, on June 10, 1998, the “Good Friday Agreement” was signed, decommissioning the Irish Republican Army, reforming the police of Ireland and relocating the soldiers of the British army out of the area. Finally, after years and years of constant battles and the fear of everyday bloodshed, Northern Ireland and Ireland could live at peace apart from each other.

At least, that was the goal. But unfortunately, being bordered by one another, competing for intertwined interests, makes it increasingly difficult for the two sides to remain peaceful.

Most recently, on Wednesday, June 15, 2022, Brexit continues to cause difficulties through its unhealthy circumstances. The European Union is suing the UK after plans surfaced that show an attempt to override Northern Ireland rules on trade. This stems from Ireland remaining in the EU but Northern Ireland leaving alongside the UK, creating a tense checkpoint for any EU members attempting to trade with the Republic of Ireland. Because goods and services are being halted at borders, trade flow has begun to slow down. In the EU’s eyes, this is a breach of the Northern Ireland Protocol agreement. With Brexit causing hardships in the relationship between Ireland and Northern Ireland, a fear of a war like “The Troubles.”

In reaction to this, one question remains: what if Ireland and Northern Ireland reunified to create a complete island once again?

For the first time in the history of Northern Ireland, the nationalist party Sinn Féin has won the most seats in the Northern Ireland Assembly, meaning Michelle O’Neill is officially the First Minister and leader of the country. One of the critical points for O’Neill and Sinn Féin is their call for a united Ireland that has its own independence away from British rule, similar to what the modern Republic of Ireland achieved. Furthermore, with the country now under their leadership.

There are some significant benefits to the reunification of Ireland, revolving around a better economy and avoiding another major war between the two countries.

Due to the EU and UK divorce, that border has caused the aforementioned profit loss whether by slow trade, border checks or lawsuits. Suppose a united Ireland was back together, especially under the umbrella of Sinn Féin and what the Republic of Ireland follows now. In that case, they could thrive in an EU system that the United Kingdom doesn’t influence. Open trade with multiple countries, more minor trade disputes over the borders and having the ability to follow their own Irish-based economy are all more likely possibilities under a reunification.

Furthermore, Ireland could reduce the risk of another warfare without these border restrictions and a unified government that backs the people. With “The Troubles” stemming from unwanted British involvement and a divide in opinions, all this could be avoided because of the leadership that now controls Ireland and Northern Ireland. Northern Ireland and Ireland reunifying would also alleviate any added tension between the EU and UK.

That being said, the adverse effects of reunification are apparent; however, their impacts revolve around feelings over fact.

If Ireland and Northern Ireland were to reunify, it would likely mean that the newly formed country would be within the EU, completing a break off of any British involvement. This may anger the UK, which could break out into an invasion, but that action would be unsupported by its allies.

The only other major negative is the potential for a coup in the hypothetical country or a social revolution for those who want to stay away from the other side. However, with an effective plan and clear communication with their people about the benefits, an agreement between Northern Ireland and Ireland could be made.

Overall, a reunification plan for Northern Ireland and Ireland benefits both parties involved while possibly saving thousands of lives from a troublesome relationship.

The Change Of Guard Sparks Change In Northern Ireland