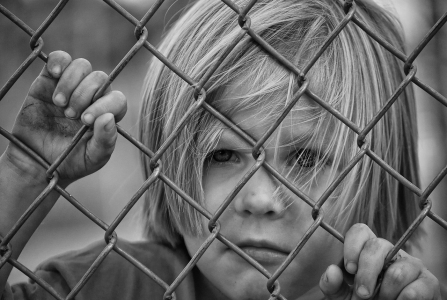 Who said the children were spared of the atrocities committed by the evil human brain? Child Sexual Abuse (CSA) is an evil like no other for the victim here is a mere child (as the name suggests) who is naïve and gullible enough to fall into the prey unknowingly if offered a bait. And the worst part, it cannot be pinpointed as the victims are not even aware of horrendous crimes they are being subjected to. It can be therefore said that we are battling a silent predator.

CSA is an umbrella tool which according to the Sage Journals report includes “sexual activities like inappropriate touching of private parts or indulging the child in touching the private parts of the perpetrator, molestation, sodomy, exhibitionism, pornography, and cybersexual acts.” Victims can be subjected to any of these heinous crimes either by force, coercion, threat amongst other reasons.

It's baffling to see cases of physical violence against children rising exponentially, especially in our country. From the same aforementioned report, it has been found that “Prevalence rates of CSA range from 8% to 31% for females and 3% to 17% for males.3 The highest rates have been reported for boys (<18 years) in Africa, i.e., 19.3% and for girls, in Australia, i.e., 21.5%. Asia has the lowest rates both 11.2% for girls and 4.1% for boys.”

Closer to home, ‘around 53% of Indian children have reported experiencing one of the kind of abuse, which included being forced to nude photography, assault, inappropriate touching, and sexual abuse’. And that are the statistics for the reported cases. Think of all those many helpless cries that usually fade into oblivion and thus, are unheard of.

No wonder, the pandemic situation has induced about “an emerging social crisis”. Millions of people have been locked inside their homes with the hideous fear of a looming virus which is right around the corner waiting to give a knock on their doors. Distressed individuals find children the easy targets for channeling their anger and frustration. This is the probable explanation behind the ceiling touching CSA cases during the lockdown period.

As our physical and mental health are interlinked and thus, often go hand in hand. Children are vulnerable in themselves, and such traumatic experiences give them scars which they carry into adulthood. They seldom recover from this and often face difficulties in intimacy in their adulthood. Letting go of the ghosts of their scarred childhood can be onerous. Moreover, this can form a vicious cycle where an adult who himself has been a victim of sexual abuse as a child commits the same on adolescents.

But this wheel of despair need not be slower but broken. Meanwhile, the rampantly increasing cases of CSA make one’s faith on humanity and society quiver. It is about time that the muffled cries and childish whimpers behind closed doors stop.

Image by Greyerbaby from Pixabay