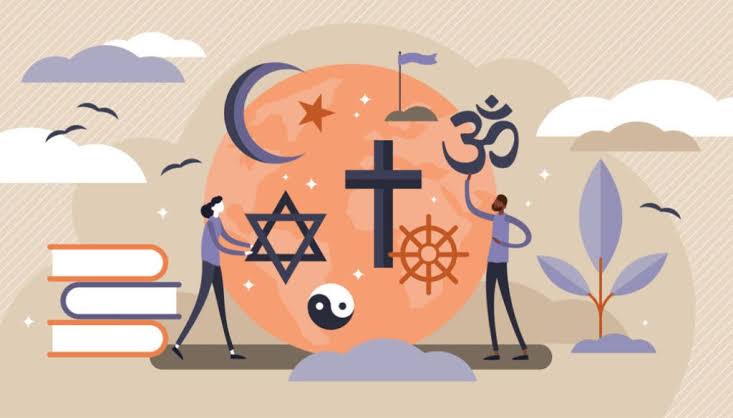 Secularism refers to a universal rule of law. For criminal law, this is already the case. Be it the person of any religious group (can’t chop one hand on theft or banish someone out of the land), they must follow the secular criminal law of the nation. Why not a uniform civil code if all religious groups must obey the same criminal code?

As a fundamentally secular nation, India should have long supported a Uniform Civil Code. Today's mess, in which various religious groups are permitted to have distinct personal laws for matters such as marriage, divorce, adoption, inheritance, gender treatment, and so on, has nothing to do with secularism.

The judiciary had been raising this issue since 1985, and again in 1995, and then again in 2015, and guess what? The government is still being prodded about it.

While the framers of the Constitution stated in Article 44 that it will be the "duty of the State to apply these principles in making laws," the mandate has remained unfulfilled due to opposition based on so-called religious grounds, which has stoked fear of majoritarian-ism and created a fog of confusion that has not dissipated since the Constituent Assembly debated the idea.

What about the Government?

For decades, BJP manifestos have advocated vehemently for a UCC. Despite having a large legislative majority for over 8 years, which the BJP may never have again, PM Modi has been noticeably hesitant on this subject. Some speculate that he may introduce a UCC before the next general election to foment communal polarization and gain electoral advantage. That seems impossible and ridiculous.

Many people also ask what could have stopped Nehru from passing the Uniform Civil Code when he had such widespread support. Why did he come to a halt when it came to the Hindu Code Bill? The basic reason is a lack of political guts on the part of the government (YES! Bitter but you can’t hide the sun from clouds always). It was a major error not to accomplish what was needed to strengthen the notion of an equitable democratic society, as stated in the Constitution's Directive Principles: "The State should try to ensure for people a uniform civil code across the territory of India.”

The process of creating a UCC cannot be hurried. It will undoubtedly be a long and arduous effort requiring the cooperation of all religious groups as well as the judiciary. And it's only because we Indians began accomplishing things so effortlessly that they've gained so much confidence. A UCC cannot only be a reform of minority' law; it will also necessitate changes to religious activities.

Modi should present a framework for determining the contents of a UCC (if he intends to do so), as well as a list of all stakeholders who should be consulted and procedures for obtaining decisions in areas of dispute. Any effort to use a UCC as a blatant communal election gimmick should be rejected by the courts.

Well, it proves out that they’ve been following the Lady Justice with all their assiduity. The subterfuge has worked so well that it has hidden the reality that UCC is a "civil code," not a religious law. The word "civil" in the UCC suggests that it does not include what is included in the phrase "religious issues." As is being claimed, the UCC does not envisage religious homogeneity or the expulsion of all religions other than Hinduism.

The underlying question is whether "religion" can be given the wiggle room it needs to encompass "personal law" such as marriage and succession. The Constituent Assembly's response was a resounding "NO." Marriage, divorce, child support, adoption, and inheritance are all secular issues that Parliament might regulate. The Supreme Court approved the creation of a board by law to monitor the administration of the temple's secular operations and avoid mismanagement in Commr HRE vs Lakshmindra Swamiar of Sri Shirur Mutt (1954). Marital and succession may not be regarded intrinsically religious, even if religion may dictate some marriage rites.

In all faiths, marriage and succession have an uneven influence on women, girl children, individuals with diverse gender identities/expressions, and people with different sexual identities. The state has the authority under Article 15(4) to establish specific arrangements for women and children. UCC would go a long way toward eradicating the heinous crime of gender inequity. When the state changed the legislation determined in the Shah Bano case, it blundered.

Of course, in pursuing "civil" uniformity, UCC should not ignore linguistic and cultural variety, as well as diverse styles of living. UCC must consider a civil code that removes all forms of subordination and all negatives that obstruct social justice, equality, liberty, and brotherhood in a dignified manner. UCC should embrace, assimilate, and synthesize excellence in all of India's modes of life.

The answer to the recurrent "why now" argument posed by those who claim the focus was solely on discrimination against Muslim women when crimes against women and girls were also occurring among Hindus is straightforward. It has been 75 years since our country gained independence, and it is past time for us to achieve the aim set forth by the republic's founding fathers, whom we never weary of quoting.