Shifting Roles: How are Women Changing the Face of the Classic Hero? 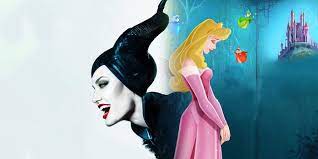 When we think of a classic fairytale hero, the image of a handsome young man immediately comes to mind. He swoops in and saves the damsel in distress at the last minute and wins her heart, leaving both characters with a happy ever after. But what if the roles were reversed and the hero was instead a woman while the handsome prince was the villain? In newer versions of classic fairytales like Sleeping Beauty, this seems to be the case.

New versions, derived from old-fashioned sleeping beauty tales such as Giambattista Basile’s “Sun, Moon, and Talia,” have begun to include the changing values and views of modern society. Contemporary film adaptations such as Maleficent, by Robert Stromberg, are inspired by the original Sleeping Beauty story, however, they draw attention to different values that initially did not exist in the older versions. The modern take on Sleeping Beauty has the female lead as the heroine while the male lead is the villain, completely opposing the original versions in which the heroes were almost always male. Although Basile’s “Sun, Moon, and Talia” and Stromberg’s Maleficent, paint women in a destructive and crazed light, the different assignment of the hero role in the newer versions suggests that audiences now perceive women differently than in the past as there is now an appreciation of strong female leads.

In both sleeping beauty versions, women are characterized as vengeful and manipulative - a common stereotype associated with female characters. On the other hand, the men are victimized and suffer by the women. In Basile’s work, the king’s wife tries to punish her cheating husband; “when she heard him calling thus on Talia, Sun, and Moon, she waxed wrath” exemplifying the destructive qualities associated with a female villain. Maleficent also includes a similar theme in which she does not directly harm King Stephan, but the curse she imparts on his daughter also serves as a type of revenge because she hurts someone that is significant in his life.

Both male characters are being punished without actually being directly attacked. The fact that both female villains attack innocent people as a way to get back at the ones who truly hurt them portrays the female characters as unable to confront the roots of their problems and suggests that the crazy, unrestrained need for vengeance is still associated with female characters only.

How are perspectives of heroes changing?

Ulrich Knoepflmacher, a professor of Ancient and Modern Literature, explains that “Basile unambiguously equates strength with masculine opportunism” as evident when the king asserts his dominance over his wife by killing her and afterward claims Talia as his new wife. A common series of events for a male hero include defeating or overcoming an evil force of some kind and then living happily ever after with the girl of their dreams.

The film’s representation of the heroines greatly differs from the original versions because the women are also rewarded later for their heroic acts. Aurora is allowed to live in peace with Maleficent and is crowned queen. The evil manner in which the male character is portrayed also highlights the changing perspective on heroes and villains. Usually, the women are the ones who are manipulative and deceitful, however, the switch in the hero and villain roles “[manages] to shatter many given perceptions in the minds of its audience” (Uner).

The female characters stray from the typical outbursts they are prone to in the older versions and instead are depicted as strong and capable characters while the male characters are clearly defined as evil here. The women are rewarded in the same way that heroes are rewarded because they are also given a fruitful life at the end of the story. The conniving and cruel depiction of men in the newer films is more prominent. The new variation in the portrayals of female and male roles as heroes and villains suggests strong female leads are becoming more appealing to audiences.