SOCIAL MEDIA: A Curse or a Blessing 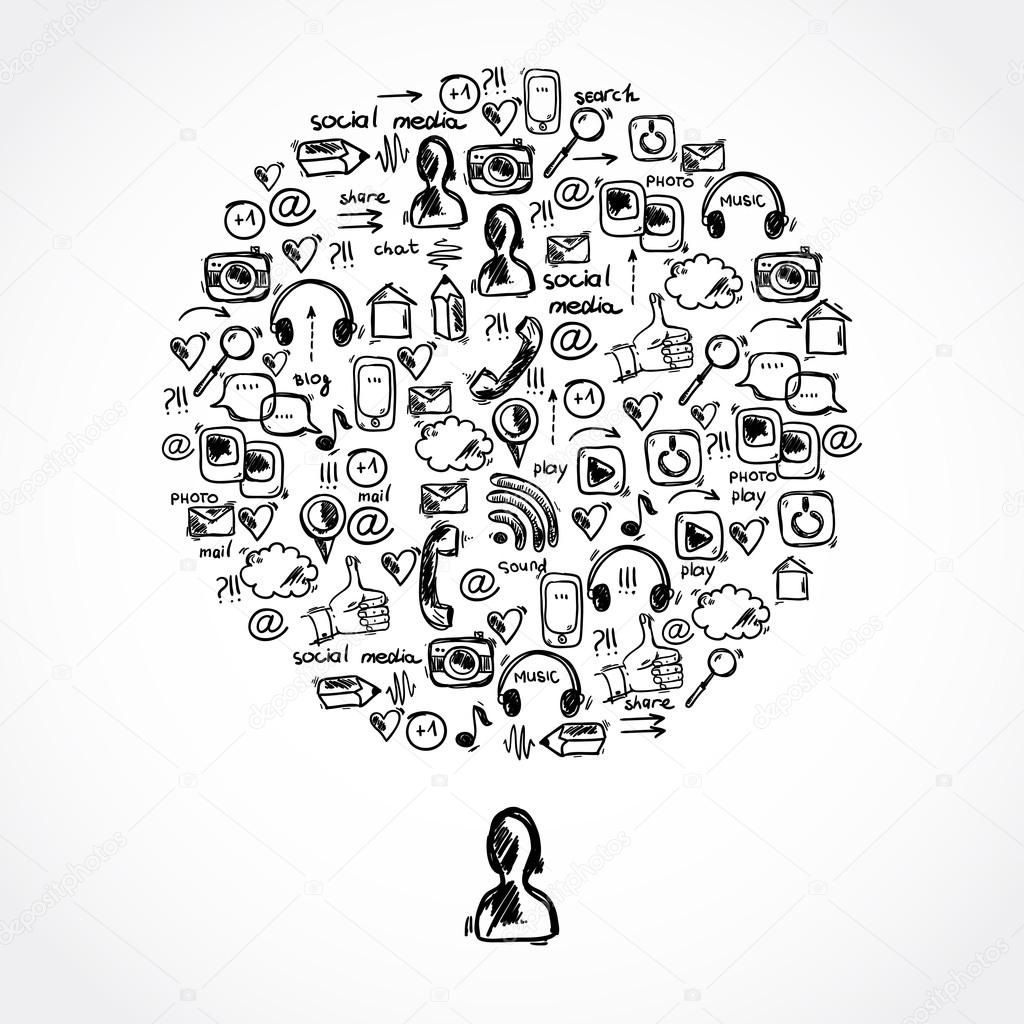 What is social media?

I guess in this modern era a toddler is also aware of this term and can explain anyone about it. The roots of social media stretch far deeper than you might imagine. Technology began to change in the 20th century and it changed so rapidly. After the first computers were created in the 1940s the scientists and engineers began to develop and create networks and it gave birth to the internet.

By the 1980s, home computers were becoming more common, and social media was becoming more sophisticated. The first recognizable social media site, six degrees, was created in 1997. It enabled users to upload a profile and make friends with other users. In 1999, the first blogger sites became popular, creating a social media sensation that still popular today.

Then by the beginning of the 2000s, some new social media apps were introduced like My Space and Linkedin and sites like Photobucket and Flickr facilitated online photo sharing. After that in 2005 YouTube was introduced and it's a video-sharing app that everyone knows and well aware of and then in 2006 Facebook and Twitter both came into the social media world and it spread across the world like a fire in the jungle. Other sites like Tumblr, Spotify, Foursquare, and Pinterest began popping up to fill specific social networking niches and then Instagram and so the list goes on. Today there is a long list of social media networking sites.

A Curse or a Blessing?

The establishment of technology is a good thing, we all know it's important to grow and evolve in every field. Technology is making human life easier and social media is a part of technology but everything comes with its pros and cons.

Sites like Facebook, Instagram, Reddit, LinkedIn helped us in many ways. We can connect with anyone in seconds through these apps, no matter how far the is another person and it seems like it's free of cost (big advantage!) Now its also became a big platform for business and promoting your business as well. If you want to know what a brand is doing well or likewise what customers are complaining about it's all out there in the open. We all check Instagram and Facebook handles of everything, every new trend introduced from these apps. It's a platform where people can show their skills and can even follow their passion by sharing that with the world. Everyone can give their open, honest feedback on these platforms.

But as I already said everything comes with its pros and CONS so honestly sometimes I truly wish that those apps hadn't been invented. Sure, they are great, incredibly useful, and fun time killers. But the way teenagers abuse them, and turn them into mini social control rooms is frankly awful.

It completely changed the way of life of adults and mainly teenagers. Now there is a dramatic decrease in face-to-face communication, which reduces our generation's ability to interact with others on a speaking level. No one wants to meet in person and due to these reasons, there is a lack of emotional connection. Now families don't talk much and there is no family quality time left and then there is a very common example that in a room of 10 people almost 7 of them were always using their phones. Now no one wants to go out or even step up a bit until it's necessary. The new socially active era causes laziness because instead of running to your friends you can message them. Or instead of walking upstairs to notify the family of dinner, they just text. Social networking makes life so convenient that it creates laziness. In my opinion, staying fit is important, but it is difficult to go beyond the newly developed status quo.

Okay! But now these changes seem ordinary, if we think a little deeper then there is no privacy left of our life, everything we search, we click on anything, our every action is seen and stored by them. It's all business and as we all know nothing comes free of cost and I repeat NOTHING so we are the products, we just tap on anything and then they have the cents. They want us to work like their clones and sadly they are getting success in this. They design their apps in such a way so that they can have our maximum time using them, "the more we use, the more they get"

This race of becoming popular and keep updated on social media is going too far and causing too much harm to everyone. This is reducing the image of self-confidence in mostly all the teenagers and now this all thing is becoming a reason to committing suicides and this is devastating. This is something we should take very seriously.

Researchers suggest that helping children and teens learn to manage social networking is paramount to their healthy development. Most experts agree that parents must lead the way by setting a good example of what healthy computer usage looks like. Family meetings are a great venue to discuss social networking and computer usage with the whole family and get buy-in for solutions.

In the end, I would say in my opinion social networking is less of a blessing and more of a curse especially for teenagers. We can still make it work positively and we have to do this as early as possible before it completely trades our way of life.