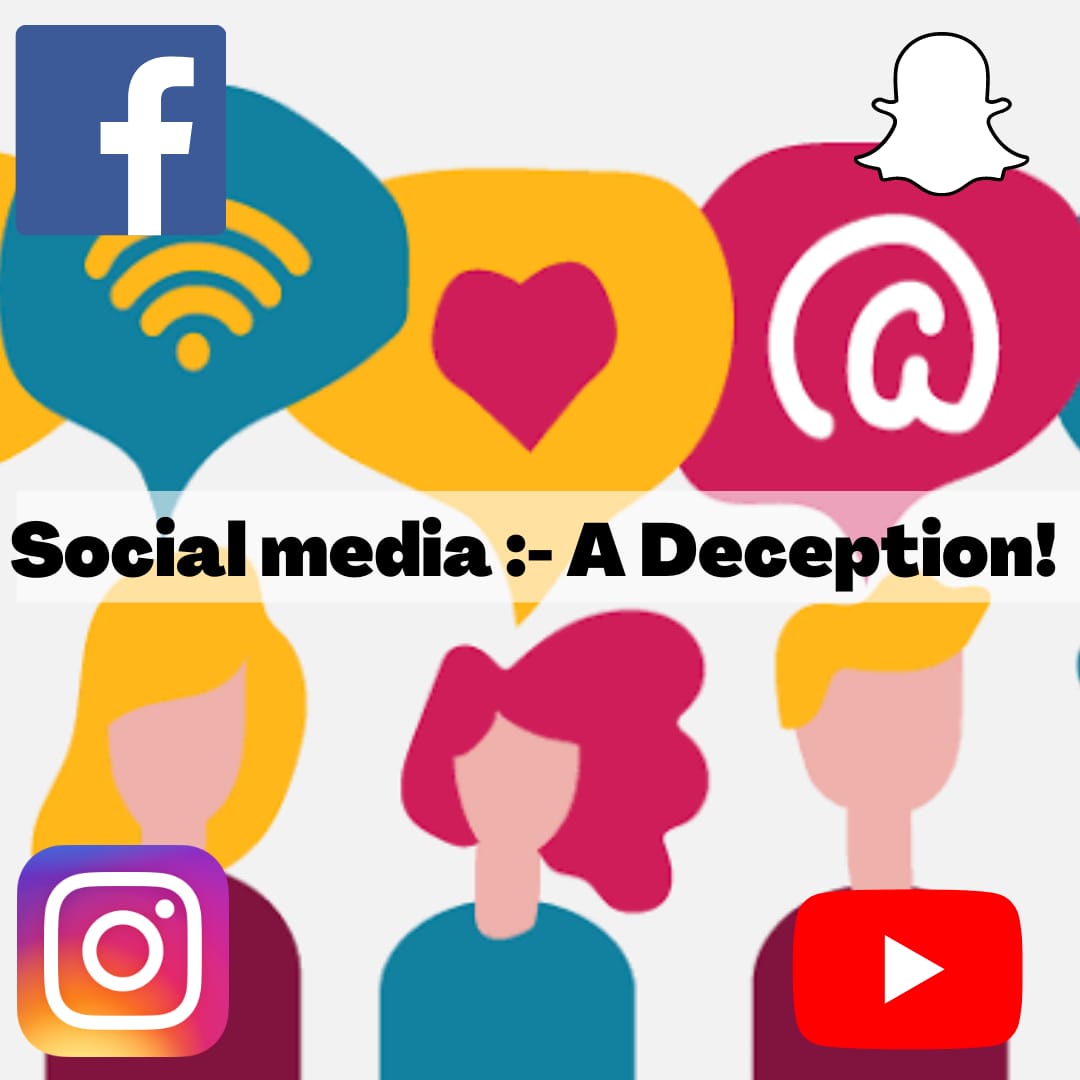 My article must begin with these hackneyed words because nowadays our whole life revolves around these three words “LIKE SHARE AND COMMENT.” However, we never realized how did we entangle in a phrase such as a share, and comment, it’s a long history. Let’s start by adjusting your brightness liking this article and reading the whole thing.

Let me commence with introducing you to the big faces

The social media companies first started with the goal of connecting people, however, they ended up connecting ads.

Whenever someone clicks a picture nowadays the first thought on everyone’s mind isn’t how beautiful the environment around them is but it’s how Insta worthy this is. We have forgotten to live the moments, rather have started living in posts. I know that even after writing this piece the first thing I am going to do is share it on Facebook. when Facebook was first started it wasn’t about conspiracy theories and how a Nigerian prince needs help, but it was just to scroll and look at girls and for girls to look at boys. It was simpler the thing that made these sites mega-giant they are today is because of the technique they started using they started learning everything about you that is they knew every page you liked and every post you watched and how much time you spent on the post that made a virtual dummy of you easily available with the tech giant and later they can easily manipulate you into viewing an ad that you have no interest in viewing. It’s like the system that the newspapers follow, a newspaper costs 7rs to us but only manufacturing a single newspaper the cost is up to 14 Rs and additional charges so who pays for that it’s the advertisement companies. How social media is affecting kids and teenagers through its dangerous services?

Another important issue that social media has brought is between young children tend to be easily manipulated by social media companies into buying products they don’t even have a use for. A kid in Punjab once used 2 lakhs of his mom’s credit just for some credits on a website. Another phenomenon that is out are teenagers having surgeries to make their faces more like Snapchat filters the disease is also named after Snapchat it’s called Snapchat dysphoria and it is seen more in young girls from the age of 12 to 16

Even if we go through the suicide rates these rates jumped since all the kids got on to social media the number of teenagers going on a date is going down more and more teenagers are not able to make intimate conversations anymore. What social media is doing is not only making you less tolerant but also making you more communal. In a recent incident when a certain cricket player didn’t play well at that time a 15-year-old boy went on social media and posted rape threats on the cricketer’s 4-year-old daughter’s account.

How Mr Zuckerberg made Elections his favourite toy with his company Facebook?

From the Indian General Elections to the US presidential Elections every election is heavily influenced by social media. Many people thought that fake news impacted the results, but it wasn’t that it was the memes that affected the 2014 Indian General elections. The Current Regimes IT cell portrayed the Opposition Candidate as a stupid candidate and name him ‘Pappu’. Also portrayed the current prime minister as the perfect candidate for elections with the slogan ‘Abki Baar Modi Sarkar’ this helped the BJP to sweep the polls and win the election. Another report that came out showed that Facebook pages which were named ‘Employment News’ I love Indian army and Yuva Manch. Changed their names to ‘Namo is Great’ ‘We support Narendra Modi’ during and after the 2014 General Elections.

In the US general elections, The United States Congress had to step in and apply some regulations on the social media companies even some of the tweets by former President Donald Trump were taken down by Twitter because they pushed fake and controversial information. And Facebook faced a lot of criticism over its policy against fake news and propaganda. How can we forget the age-old conspiracy theories about the Democratic party? Many of them included that current president Elect Joe Biden is a Pedophile and Former Secretary of the State Hillary Clinton ran a Pedophile ring or Bernie Sanders is a communist is a piece of news pushed by Facebook more and not even taken until the recent discovery. 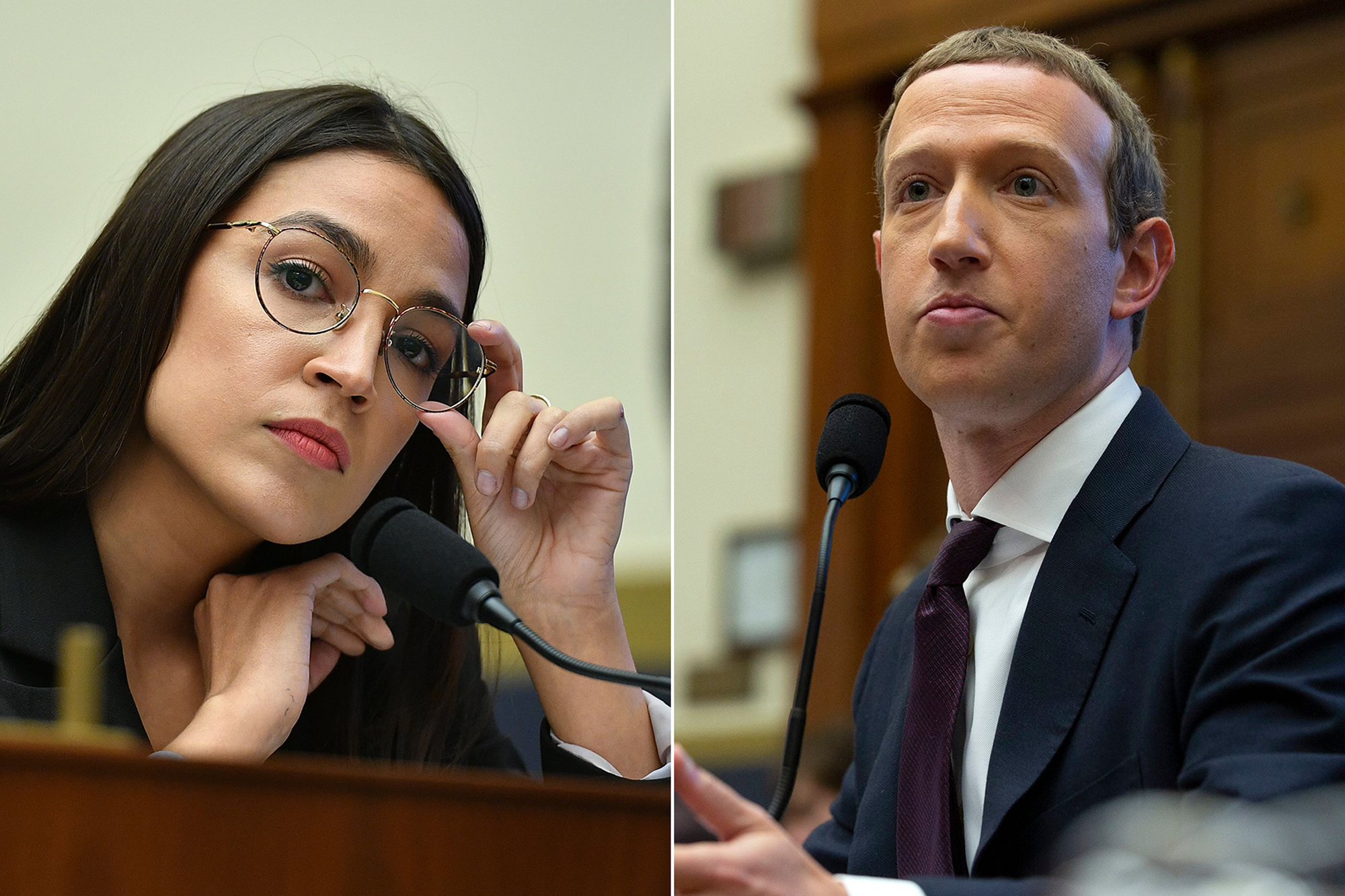 In a house hearing, congressperson Alexandria Ocasio Cortez asked You announced recently that the official policy of Facebook now allows politicians to pay to spread disinformation in the 2020 elections and the future. So, I just want to know how far I can push this in the next year,”.

Ocasio-Cortez: Would I be able to run advertisements on Facebook targeting Republicans in primaries saying that they voted for the Green New Deal? I mean, if you’re not fact-checking political advertisements, I’m just trying to understand the bounds here, what’s fair game.

Zuckerberg: Congresswoman, I don’t know the answer to that off the top of my head, I think probably.

Ocasio-Cortez: You don’t know if I’ll be able to do that.

Ocasio-Cortez: Do you see a potential problem here with a complete lack of fact-checking on political advertisements?

Zuckerberg: Well, Congresswoman, I think lying is bad, and I think if you were to run an ad that had a lie in it, that would be bad. That’s different from it being ... in our position, the right thing to do to prevent your constituents or people in an election from seeing that you had lied.

This was the official answer by Mr Zuckerberg in the house hearing and this should make every one of us worried that one wrong ad can heavily influence our decisions and we would not even realize it before it’s too late. Social media apps predominantly show you content that is leaned towards your political views which is the reason there are political bubbles on social media and that’s what is concerning.

So, I know you must be thinking are there any solutions to so many problems with social media because we can’t just delete our social media accounts.

That’s right we can’t just delete our social media handles but nowadays our life is based on social media.

These are a few tips from my side to control your social media usage.