The endless growth of social media has become an integral part of our lifestyle. A part dictates most of the day. It broadens the virtual network of one by connecting them to other people. On the other hand, people could have a debate over the advantages and disadvantages of social media while it becomes a strong platform for the #MeToo movement.

In 2018, the global movement #MeToo set its foot in India. A movement that shook the patriarchal value of devaluing women from home space to the workplace, the normalisation of the degrading of women as sexual objects with the support of society came to face an obstacle. It quickly became a topic of public debate. Twitter was trending with the #MeToo tag. Women across the country from different professional backgrounds opened up about their traumatic past experiences on social media like Twitter, Facebook, and other platforms, which happened to be a major setback for the abuser.

The education field, which is supposed to be a part of a safe space for everyone, forgot to include women in that section. The Presidency and Jadavpur University, Kolkata’s most prestigious institutions, failed to deliver justice to sexually harassed students. Both universities have an Internal Complaints Committee (ICC) following the protocol of the UGC recommended for dealing with harassment cases. "The Presidency has a Gender Sensitization and Prevention of Sexual Harassment Cell (GSPSHC) to provide gender sensitization on the college campus," said Suchetana, a student representative on the ICC body. Nonetheless, Jawaharlal Nehru University (JNU) and English and Foreign Language University (EFLU) followed the UGC-recommended GSCASH protocol to prevent sexual harassment on campus. We had GSCASH, but that also does not function at the moment, "Sohini," a student at JNU, said.

Students protested, demanding GSCASH, and nothing has come out of it till now. For this, they decided to take Facebook and Twitter as their saviours. A number of allegations have come to light. 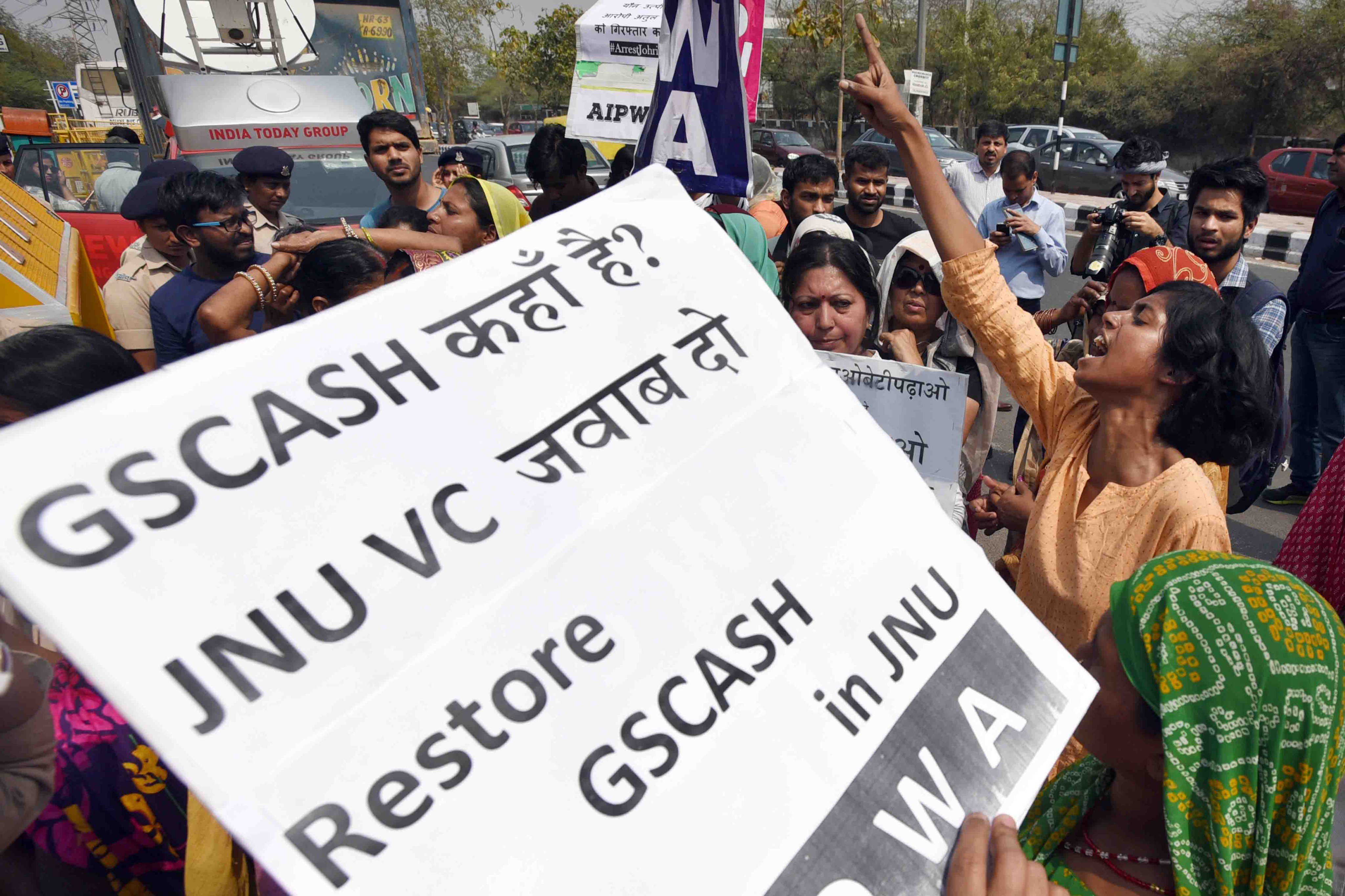 While social media is a wonderful forum for expressing harassment complaints, it is not the only one. If anyone is harassed, we must not only share her post on Facebook but also convince her to take legal steps. And they choose social media because they are suspicious about the administration’s actions in harassment cases, says Rudra, a second-year student at JU. Administrations only approached the issues based on student complaints and formed an internal investigating committee. Though justice was undelivered.

Students who have been through molestation and harassment often face post-terroristic threats from their perpetrators. However, the tendency to cover up the whole case if that sexual predator belongs to an influential family means the victim faces immense pressure to drop her case, which leads to her cornering herself even within the campus by the predator’s "friend group." Whoever may be the perpetrator must go through the investigation process without taking advantage of privileged social status.

In a campus of educational institutions in our hush-up culture, the issues often don’t reach the right authorities or even then are suppressed with the application of money and power. So, social media often is and becomes the go-to place for students to share their problems, "says Pradarshika, a recent pass-out student from Presidency University. The college authority who handles sexual harassment cases is to be required to look into this matter deeply. They must not draw the line of limitation to investigating the complaint only. The callous attitude of the authorities towards not ensuring the safety of the victim is another depressing chapter in her journey.

The hushing-up culture and victim-blaming on campus about molestation is nothing new. Sexual harassment brings with it a truckload of emotional, psychological, and physical trauma. Reporting it to the authorities or opening up to anyone is often ineffective and opens the door to victimisation and blaming. So, social media, as it is understood as unbiased, protecting space to make someone's voice heard, is chosen by many of the women or young students who have faced sexual harassment issues, further added Pradarshika.

Political parties on campus even try to wash off their hands if one of their members has been found guilty. The enabling and sheltering culture of perpetrators from college unions only makes things worse. "The internalised misogyny and masochistic tendencies that are very prevalent on campus force the victim to choose social media as her primary weapon to open up," commented Arkaneel, a recent pass-out student from EFLU.

If any kind of organisation keeps ignoring the allegations and is slow to take action, the more it creates an environment of sexual violence against women and gives strength to toxic masculine bubble-space to function properly. They must make the necessary modifications there—the terms and conditions of the gender sensitised policy should not be gender-biased.

The power dynamics on campus should be balanced. Given these accounts of cases, the American feminist Carol Hanisch’s essay "personal is political," later turned into a famous slogan for the feminist movement, feels very relevant in this matter of women’s struggle against sexual violence and giving birth to solidarity among themselves through platforms of social media. More importantly, empowering women is not enough. The overly masculinized power relationship needs restructuring not only within college campuses but all over the world.

Impact of social media during the time of Pandemic